There is a %qtconsole magic command available for use with Jupyter notebook. This invokes the QtConsole as a slave terminal to notebook frontend. As a result, data between notebook and Qtconsole terminal can be shared. 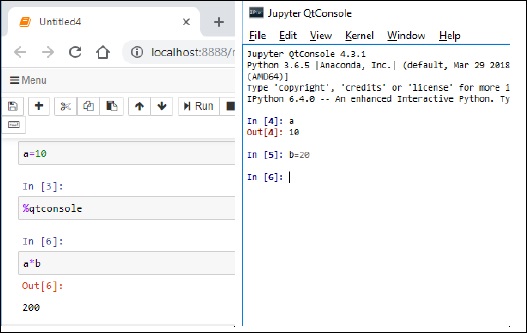 Observe that the input and output cells are numbered incrementally between the two.