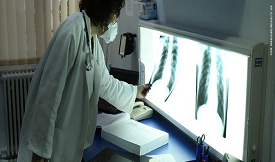 Lancet, a Medical Journal had conducted a study on Tuberculosis (TB) in three high-burden countries, including India. The following are the findings of the study −

India has too “ambitious” and “unrealistic” goals to end the epidemic by 2025 which are unattainable. By 2035, there will be 57% reduction in incidence and 72% reduction in mortality. TB incidence can be reduced by 38% by strengthening the care cascade.

Proper measures have to be adopted by India in proportion with the population levels to effectively eliminate the disease in the coming years.

India needs to diagnose and treat the drug-sensitive and drug-resistant TB.

Lives of eight million (28%) people with TB can be saved over the next 30 years if tests are subsidised and patients are supported to complete the treatment.

For this subsidised and complete care, India requires an extra $290 million each year. This is significantly less than $32 billion losses which India incurs associated with TB mortality each year.

India needs to scale up access to TB services for all those seeking them, optimize engagement of private sector providers and guarantee universal access to drug susceptibility testing and second-line TB drugs. Integration of TB services with the primary health system to reduce diagnostic delays is not happening. 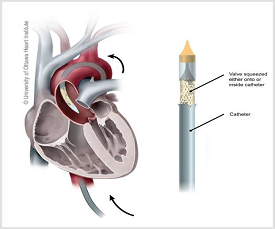 The country’s first Transcatheter Aortic Valve Implantation (TAVI) has been introduced in Government sector by Tamil Nadu state. In November 18, it was launched at the Tamil Nadu Government Multi Super Specialty Hospital (TNGMSSH), Omandurar Estate. A Memorandum of Understanding has been signed between the Tamil Nadu State government and the HeartTeam India to perform the procedure for patients at the TNGMSSH. The procedure is performed for free in government sector whereas it costs Rs.20 lakh to Rs.25 lakh in the private sector.

Open heart surgery is replacing the aortic valve to treat aortic stenosis. Some patients like the elderly persons’ health conditions do not permit to perform open heart surgery. TAVI helps in this case where the valve is replaced through a keyhole procedure from the groin. 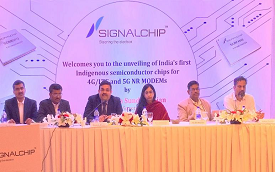 Semiconductor chips for 4G, LTE and 5G modems. Have been unveiled by bengaluru-based Signalchip. These are first such chips developed in India. 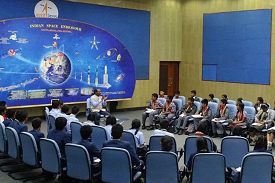 A young scientist programme, 'Yuva Vigyani Karyakram' has been started by Indian Space Research Organisation. This program has targeted the school children studying in the 9th standard.

'Catch Them Young' residential training programme will be of around two weeks’ duration during summer holidays with a proposal to select 3 students from each State and Union Territory, covering CBSE, ICSE and State syllabus.

As an agreement, a joint maritime surveillance system has been signed between National space agency ISRO and its French counterpart CNES in May.

K. Sivan, Chairman of the Indian Space Research Organisation, and Jean-Yves Le Gall, President of CNES of France, signed the agreement in Bengaluru. 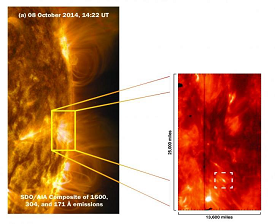 A tadpole-shaped jets emitting out from the regions with intense magnetic fields of the sun have been discovered by scientists led by IIT (BHU) researcher Abhishek Srivastava.

Formally called pseudo-shocks, the "tadpoles" are made entirely of plasma, which accounts for an estimated 99% of the observable universe.

It explains why the Sun's upper atmosphere, Corona is over 200 times hotter than its surface. 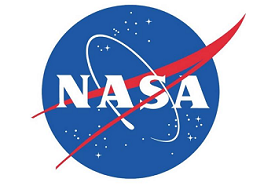 NASA scientists have developed deep ocean conditions in the lab to re-create a life that could have formed on the sea floor four billion years ago.

The study focuses on how the building blocks of life form in hydrothermal vents on the ocean floor. It could offer clues to how life started on Earth. Hydrothermal vents are places on the seafloor where warm water from under the Earth’s crust mixes with near-freezing seawater. These vents form natural chimneys, which play host to all kinds of ocean life.

The team at NASA’s Jet Propulsion Laboratory (JPL) in California made their own miniature sea floors by filling beakers with mixtures that mimic Earth’s primordial ocean. 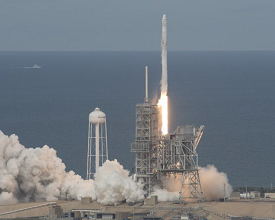 To resume manned space flights from U.S. Soil, a key step has been taken by SpaceX after an eight-year break. On a ISS week-long round trip to the International Space Station (ISS), SpaceX successfully launched a new astronaut capsule. The new capsule blasted off aboard the Falcon 9 rocket built by SpaceX from the Kennedy Space Center, Florida, lighting up the coastline.

In this trip, the only occupant on board SpaceX’s Crew Dragon capsule was a dummy named Ripley. But NASA plans to put two astronauts aboard in July, although that date could be delayed. 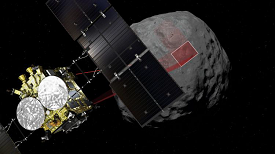 Toyota to join hands with Japan Aerospace Exploration Agency (JAXA), Japan’s space agency, on a planned mission to the moon, with the Japanese auto giant expected to develop a lunar rover. It will be the car manufacturer’s first full-fledged entry into space exploration after the company jointly developed a robot sent to the International Space Station.

Toyota is expected to jointly develop a mobility method to be used on the lunar surface for the mission. So far, only Russia, the United States, and China have made the 3,84,000 km journey and landed spacecraft on the moon.

Last month, Israel launched a spacecraft that aims to join them. In 2017, Japan revealed plans to put an astronaut on the Moon around 2030. Before humans set foot on the lunar surface again, NASA aims to land an unmanned vehicle on the moon by 2024.

NASA scientists have spotted water molecules moving around the dayside of the moon using NASA’s Lunar Reconnaissance Orbiter (LRO). It helps to learn about the accessibility of water to humans in future missions.

Lyman Alpha Mapping Project (LAMP) - the instrument aboard LRO - measured sparse layer of molecules temporarily stuck to the Moon's surface, which helped characterise lunar hydration changes over the course of a day.

Lunar water can potentially be used by humans to make fuel or to use for radiation shielding or thermal management. Water molecules remain tightly bound to the regolith until surface temperatures peak near lunar noon. 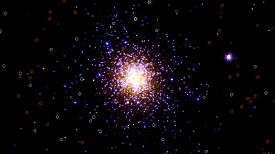 Astronomers from Thiruvananthapuram and Mumbai have identified a new population of ultraviolet stars in the globular cluster NGC 2808 using the Indian multi-wavelength space observatory, AstroSat, launched in September 2015.

AstroSat is India's dedicated multi-wavelength space observatory which endeavours for a more detailed understanding of our universe. ASTROSAT observes the universe in the optical, Ultraviolet, low and high energy X-ray regions of the electromagnetic spectrum.

Globular clusters are collections of thousands to millions of stars, moving as one unit. NGC 2808 is one of the massive globular clusters and is located at a distance of 47,000 light years. 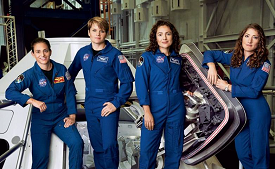 NASA, the US Space agency, said that the first person to set foot on Mars is likely to be a woman. It is said that women are at the forefront of the U.S. space agency’s upcoming plans.

NASA recently announced that it will have its first all-female spacewalk at the end of the month when astronauts Anne McClain and Christina Koch will get to float around in space.

NASA has the first all-female spacewalk at the end of March, which is, of course, National Women’s Month. So NASA is committed to making sure that it has a diverse set of talent. It is also looking forward to the first woman on the Moon. 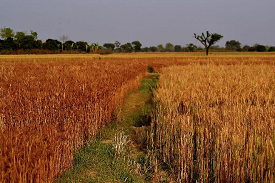 Scientists are worried over sustaining food production and productivity of major crops like wheat, paddy, and maize due to the increasing levels of carbon dioxide. Studies have shown that even though increased carbon dioxide levels stimulate wheat productivity, the consequent rise in temperatures would have a negative impact.

There has been optimism in tropical countries like Greenland, Canada, Northern China and Europe where annual temperatures are currently well below the optimum range for the growth of wheat and an increase in temperature would be beneficial to them with a possibility of a hike in wheat productivity. Whereas in tropical countries like India there is heightened concern as it is already hot enough and further rises in temperature could prove disastrous 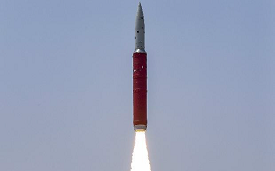 Prime Minister Narendra Modi announced that India has successfully test-fired an anti-satellite (A-SAT) missile by shooting down a live satellite. The project named as Mission Shakti was led by the Defence Research and Development Organisation (DRDO) was aimed at strengthening India’s overall security. 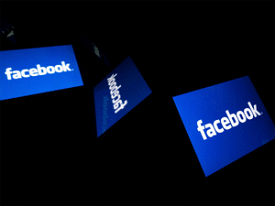 “Candidate Connect” and “Share You Voted” to boost civic engagement on its platform during the Lok Sabha elections 2019 that commence in April. Both these tools will be made available in 12 local languages.

Candidate Connect feature will provide contesting candidates to upload 20-second videos in which they can introduce themselves and highlight how they will address outstanding challenges in their constituencies if elected to office. It will also let them highlight their past achievements.

Google has constituted an eight-member Advanced Technology External Advisory Council that will examine the ethical challenges related to artificial intelligence (AI) and other emerging technologies.

The aim of the council is to provide recommendations for Google and other companies and researchers regarding the AI.