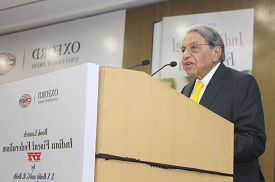 The book has been written by Dr. Y. V. Reddy, former Governor of RBI and Chairman of the 14th Finance Commission of India along with Dr. G. R. Reddy, Advisor (Finance) to the Government of Telangana.

The author of this book is Navin Chawla.

Navin Chawla served as the 16th Election Commissioner of India. In the past, he wrote the acclaimed biography of Mother Teresa in 1992.

The book is a compendium encompassing 50 editions of the ‘Mann Ki Baat’ programme by Prime Minister Narendra Modi on All India Radio.