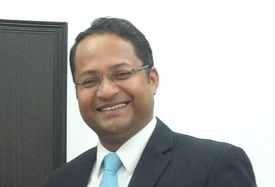 Shambhu S Kumaran an Indian Foreign Service officer of the 1995 batch appointed as India’s next Ambassador to the Kingdom of Morocco.

Presently, he is the Joint Secretary in the Ministry of Defence.

He will succeed Dr. Kheya Bhattacharya. 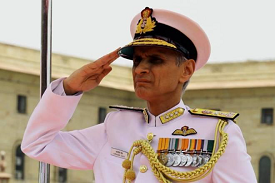 The government of India appointed Vice-Admiral Karambir Singh as next Chief of the Naval Staff with effect from May 31, 2019.

Presently, he is the Flag Officer Commander-in-Chief (FOC-in-C) of the Eastern Naval Command.

Born on November 03, 1959, Vice Admiral Karambir Singh was commissioned on July 01, 1980 into the Executive Branch of the Indian Navy. 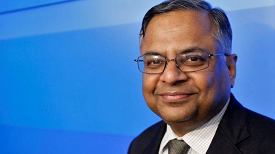 Presently, he works as the executive director and deputy CEO of the Tata Group firm

Chacko Purackal Thomas will assume the charge from April 1, 2019 by replacing Sanjiv Sarin. 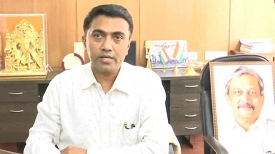 Pramod Sawant (45), former Speaker of Goa legislative Assembly and MLA from Sankhelim in North Goa was sworn-in as 13th Chief Minister of Goa.

He succeeds Manohar Parrikar, who died on March 17 after a prolonged battle with advanced pancreatic cancer. 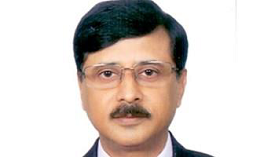 Santosh Jha presently Deputy Chief of Mission, Embassy of India, Washington appointed as the next Ambassador of India to the Republic of Uzbekistan.

He is expected to take up the assignment shortly. 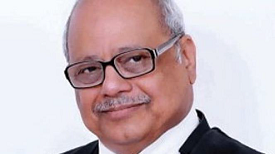 Pinaki Chandra Ghose is likely to be India’s first anti-corruption ombudsman or Lokpal. He is the former Supreme Court judge and current member of the National Human Rights Commission (NHRC). The PM-led high-level selection committee made the decision to appoint Pinaki Chandra as India’s first Lokpal.

Mr.Ghose was appointed as judge of the Calcutta High Court in 1997 and went on to become Chief Justice of Andhra Pradesh before his elevation to the Supreme Court in 2013.

The Lokpal Act was passed in 2013 after a nationwide anti-corruption movement. The act provides for setting up of Lokpal at the centre and Lokayuktas in the States to probe corruption complaints against top functionaries and public servants.

A Lokpal is an anti-corruption authority or ombudsman, who represents the public interest. The Lokpal has jurisdiction over all Members of Parliament, central government employees, including the Prime Minister and the Chief Ministers in cases of corruption. 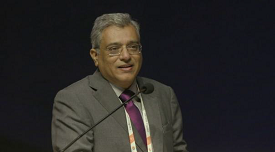 A bench of Justices S. A. Bobde and A. M. Sapre was informed by P. S. Narasimha that former apex court judge Justice (retd) D. K. Jain has assumed charge as the ombudsman of Board of Control for Cricket in India (BCCI).

The bench also asked P. S. Narasimha to look into the dispute relating to release of funds by the court-appointed committee of administrators to various cricket associations. 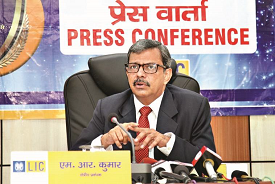 M.R.Kumar, the newly appointed chairman of Life Insurance Corporation of India (LIC), took charge of his duties on 14th March.

Mr.Kumar took over from Hemant Bhargava who had been the acting chairman since January 2019. Mr.Kumar had joined LIC as a direct recruit officer in 1983. 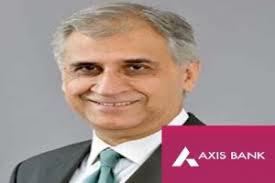 Axis Bank appointed Rakesh Makhija as Non-Executive Chairman for a period of 3 years.

He will take over from Sanjiv Misra when his term ends on July 17.

Makhija is also the Chairman of the bank's Nomination and Remuneration Committee.

He succeeds Rami al-Hamdallah who resigned from this post 6 weeks ago.

He is 61 years old and is a member of the central committee of the president’s Fatah party.

11 - B.S. Mubarak appointed as the next Ambassador of India to the Republic of El Salvador 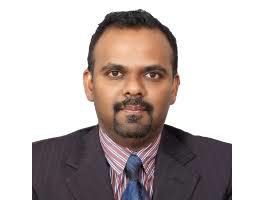 Shri B. S. Mubarak, the Indian Foreign Service officer of 2001 batch, is presently the Ambassador of India to the Republic of Guatemala. 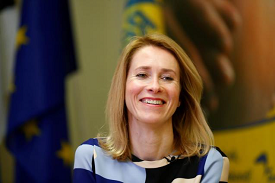 Kaja Kallas is the leader of Estonia’s Reform Party.

Estonia is a small country in the Baltic States that has been very active in the blockchain field. 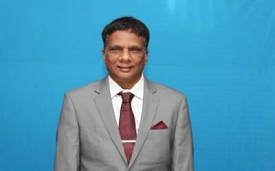 He has been appointed for a period of three years.

Presently, he is the Director, Physics Group in BARC and Director, Saha Institute of Nuclear Physics.

The BARC is India's premier nuclear research facility based in Mumbai. 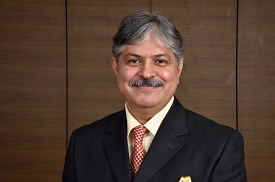 Vedanta has appointed Ajay Kapur as the Chief Executive Officer of its aluminium and power business. He joins Vedanta from Ambuja Cements where he was the MD and CEO for its India business.

Mr. Kapur brings with him an experience of 31 years across business verticals. His role would be crucial in driving key priorities for the aluminium business, which include a strong focus on volume and cost and improving efficiencies, among others. 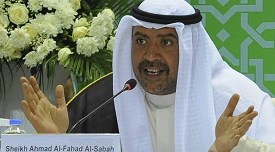 Sheikh Ahmad Al-Fahad Al-Sabah was officially re-elected for an eighth term as President of the Olympic Council of Asia (OCA).

Tsunekazu Takeda, President of the Japanese Olympic Committee, also retained his position as a vice-president.

About Olympic Council of Asia (OCA)

Former Indian cricketer Anil Kumble has been reappointed as the Chairman of the ICC Cricket Committee for the third consecutive time.

This three-year stint will end in 2021 and be his final term as the Chairman of the ICC Cricket Committee.

Kumble has been the chairman of the committee since 2012.

He had replaced former Windies' captain Clive Lloyd in 2012.

Kumble was reappointed for his second term in the year 2016 which would keep him in office till 2018. 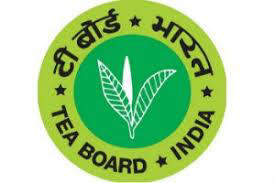 The Ministry of Commerce and Industries has approved the re-appointment of P K Bezbaruah as the Chairman of Tea Board for a second tenure. He was the first non-IAS chairman of the Tea Board.

In his tenure, he urged the Indian Tea Industry to explore export opportunities in the vast Chinese market. Additionally, he initiated a revamp of the old electronic auctioning system.

The Tea Board originated when the Indian Tea Cess Bill was passed to provide for levying a cess on tea exports in 1903. The Current Tea Board was constituted on 1st April 1954 under section 4 of the Tea Act 1953. Tea Board functions under the Ministry of Commerce and Industries. It provides financial and technical assistance for cultivation, manufacture, and marketing of tea. It promotes Export. It Undertakes Research and Development activities. It provides financial assistance in a limited way to the plantation workers and their wards through labour welfare schemes.

18 - Ravneet Gill appointed as MD and CEO of Yes Bank 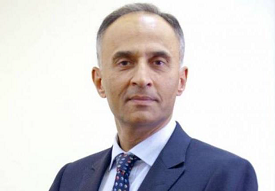 Mr.Gill succeeds Rana Kapoor, the co-founder of the bank, whose term ended on January 31, 2019. Mr.Ajai Kumar, one of the board members, was appointed as the interim CEO after Mr. Kapoor’s term ended. Yes Bank decided to search for a new chief executive after the RBI declined to extend Mr.Kapoor’s tenure beyond January 31, 2019, though the board had endorsed a three-year extension. 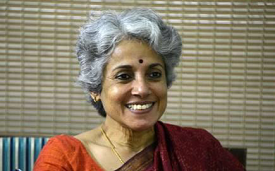 Soumya Swaminathan, a Deputy Director-General of the World Health Organisation has been named Chief Scientist of the WHO.

She will head the division created to strengthen the organisation’s core scientific work. Soumya Swaminathan will also look into the quality and consistency of the norms and standards set by the organisation.