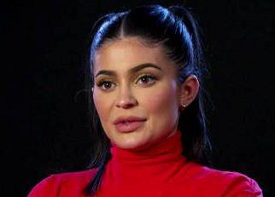 Jenner, 21, made it onto the annual Forbes list of billionaires after debuting her Kylie Cosmetics online in 2015 with $29 lip kits containing matching lipsticks and lip liners.

According to Forbes list, she was both the world's youngest billionaire and also the youngest self-made billionaire ever.

The richest person in the world remained Amazon.com Inc Chief Executive Officer Jeff Bezos, whose net worth increased to $131 billion from $112 billion in 2018, according to Forbes. 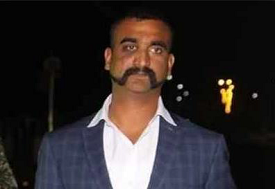 After the pilot’s release, the Pakistan Foreign Office described him as a Prisoner of War.

Tensions between India and Pakistan flared up when 40 CRPF personnel were killed and many injured on February 14 in one of the deadliest terror attacks in Pulwama district.

Indian Air Force carried out a counter-terror operation in Balakot, deep inside Pakistan on February 26 and destroyed major camp of Jaish-e-Mohammed (JeM), which itself claimed responsibility for the Pulwama massacre.

Varthaman was in one of the eight MIG-21s that took on the invader and shot down Pakistan’s F-16. 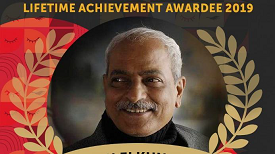 Mahesh Elkunchwar, an eminent Indian playwright, has been chosen for Mahindra Excellence in Theatre Awards (META) Lifetime Achievement Award 2019. The award would be conferred on March 12 during the Mahindra Theater Festival.

Mahesh Elkunchwar is regarded as one of the progressive playwrights of the country and is critically-acclaimed and widely-known for having experimented with a wide range of drama and is considered a powerful force in both Indian and Marathi theatre scene. He has over 30 plays and essays to his credit including works like 'Sultan', 'Holi', 'Garbo', Yatanaghar', and 'Atmakatha'. 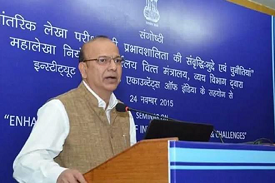 Shri Ajay Narayan Jha joined the 15th Finance Commission as its Member in place of Shri Shaktikanta Das resigned as a Member of the Commission after being appointed as Governor of the Reserve Bank of India (RBI).

A 1982 batch IAS officer of Manipur cadre, he was the Finance Secretary to the Government of India and served as Secretary to the 14th Finance Commission, headed by former RBI Governor, Shri Y. V. Reddy.

The 15th Finance Commission was constituted by a Presidential Order in November 2017 under the Chairmanship of Shri N. K. Singh to decide the formula for devolution of revenue between Centre and States. 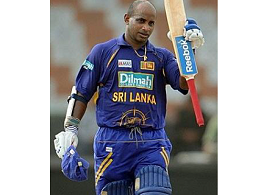 The former Sri Lanka captain Sanath Jayasuriya has been banned for two years from all cricket-related activity by the ICC's anti-corruption unit.

He was punished for refusing to co-operate with investigations concerning corruption in the country.

Jayasuriya played 110 Tests, 445 one-day internationals and 31 Twenty20s for Sri Lanka and was also a former captain during his illustrious career between 1989-2011.

He is also a former member of Sri Lanka's parliament and a former deputy minister. 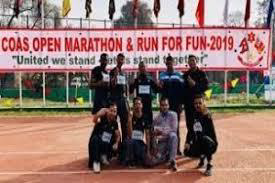 Shashank Shekhar won the 10-kilometre race of Nepal’s Chief of Army Staff (COAS) Open Marathon and Run for Fun which was held in Nepal’s Capital- Kathmandu.

This event is an annual event organized by the Nepal Army. 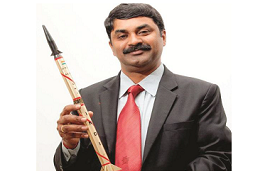 Dr. G. Satheesh Reddy is the first person outside the U.S. to be awarded this prestigious award in nearly four decades. He won the award for his role in the design and development of diversified strategic and tactical missile systems. 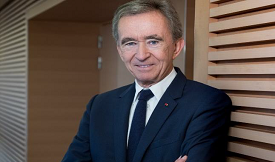 Arnault is now worth $83.1 billion, while Warren Buffett has a net worth of $83 billion. 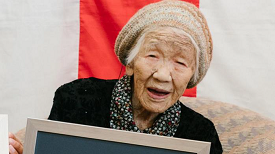 A 116-year-old Japanese woman who loves playing the board game Othello is being honored as the world’s oldest living person by Guinness World Records.

Kane Tanaka was born on January 2, 1903, the seventh among eight children. The previous oldest living person was another Japanese woman, Chiyo Miyako, who died in July at age 117. 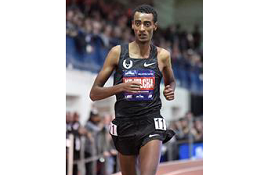 Ethiopia's Yomif Kejelcha smashed the world indoor mile record with a time of 3 min 47.01 sec at the Bruce Lehane Invitational in Boston. The 21-year-old broke a record of a mark of 3:48.45 set by Morocco's Hicham El Gerrouj on February 12, 1997.

It was third time for Kejelcha, who narrowly missed out on breaking world indoor records in his two previous races. He finished just 0.01 sec outside the world indoor mile record at the Millrose Games with a time of 3:48.46, and was then beaten to the world indoor 1,500m record in Birmingham one week later when compatriot Samuel Tefera won in 3:31.04.