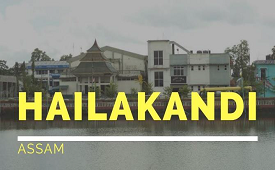 Hailakandi in Assam has made a giant leap from 52nd position to 1st position on the basis of its performance during November-December 2018 and January 2019. For securing the first rank as an aspirational district, Hailakandi will be given an allocation of Rs. 10 crore. 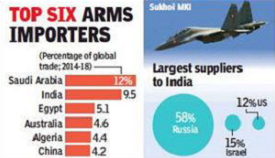 India is the second largest importer of weapons in the world, as per the annual report ‘Trends in International Arms Transfers-2018’ released by the think tank Stockholm International Peace Research Institute (SIPRI). Saudi Arabia is now the world’s largest weapons importer. 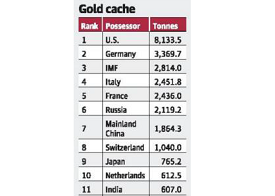 India, which is the world’s largest consumer of gold, has the 11th largest gold reserve, with the current holding pegged at 607 tonnes, as per the latest report by the World Gold Council (WGC).

India’s overall position in terms of total gold holding would have been tenth had the list included only countries. The top spot is occupied by the US with gold reserves of 8,133.5tonnes, followed by Germany with 3,369.7 tonnes.

A recent study published in PLOS Biology found that human impacts on species occur across 84% of the earth’s surface and India ranks 16th in such impacts, with 35 species impacted on an average. Malaysia ranks 1st among the countries with the highest number of impacted species (125).

Southeast Asian tropical forests, including those in India’s Western Ghats, Himalaya, and north-east, are among the ‘hotspots’ of threatened species. 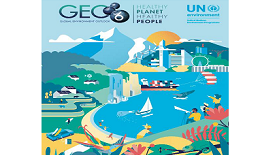 The report calls on the decision makers to take immediate action to address pressing environmental issues to achieve the Sustainable Development Goals as well as other internationally agreed environment goals, such as the Paris Agreement. 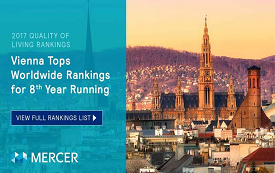 The human resource consulting firm, Mercer’s Annual Quality of Living Survey 2019 has placed Austria’s capital city Vienna at the number 1 spot, making it the 10th year in a row. The cities outside Europe which topped the list are: Vancouver, Canada, and Auckland, New Zealand. 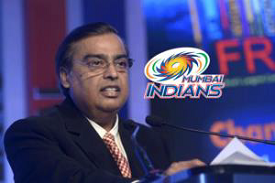 Reliance Industries CMD, Mukesh Ambani leads Forbes' list of richest sports team owners with a net worth of around $50 billion. Ambani purchased the IPL team Mumbai Indians through a RIL subsidiary in 2008 for just over $100 million.

Steve Ballmer (Net worth: $41.2 billion), the American Businessman and Dietrich Mateschitz (Net worth: $18.9 billion) were at 2nd and 3rd positions, respectively. 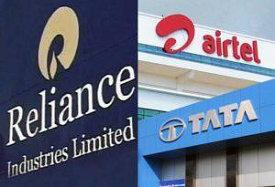 Tata, Reliance, and Airtel emerged as the top three Indian brands of 2019, according to a report published by Interbrand, part of the Omnicom Media Group.

Tata continued to hold the top position in the best Indian Brands ranking as its brand value grew by 6%, mainly due to Tata Consultancy Services (TCS). Knocking Airtel off from the 2nd spot, Reliance's brand value grew by 12%, bolstered by the success of Jio. Airtel stood at number 3.

The World Happiness Report was released by the Sustainable Development Solutions Network for the United Nations on March 20, the International Day of Happiness. India is ranked 140 out of 156 nations. India shows a 7 spot decline this year.

The list is prepared by Apolitical, a peer to peer learning platform for governments. The list has been topped by Alexandria Ocasio-Cortez (Congresswoman, US Congress).

The other 5 names from India are: 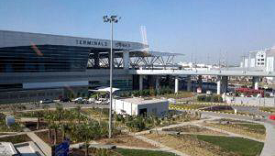 Singapore's Changi Airport has been crowned the world's best aviation hub for the seventh time in a row, while New Delhi's Indira Gandhi International (IGI) Airport featured at number 59, according to the Skytrax World Airport Awards.

The list has been compiled by the UK-based Skytrax, a consultancy firm which runs an airline and airport review and ranking site, featuring 100 airports. New Delhi's Indira Gandhi International (IGI) Airport is India's Best Airport.