President Ram Nath Kovind has been conferred with the highest State honor of Bolivia, “Condor de Los Andes en el Grado de Gran Collar” during his visit to Bolivia. President of Bolivia Evo Morales awarded him the Honour at a function held in Santa Cruz.

On the second day of President’s three-day visit to Bolivia, India and Bolivia signed eight MoUs in the fields of culture, Visa waiver arrangement for diplomats, exchange between diplomatic academies, mining, space, traditional medicine, establishment of Centre of Excellence in IT and Bi-Oceanic Railway project.

Bolivia’s capital city is Sucre. Its currency is Bolivian boliviano. 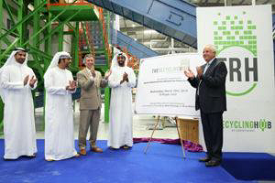 The world’s largest e-waste recycling plant has been opened in Dubai Industrial Park, Dubai by ‘Enviroserve’ company with a total cost of $5 million. It will recycle Waste Electrical and Electronic Equipment (WEEE), IT asset disposition (ITAD), refrigerant gas and specialized waste.

The processing capacity of this recycling hub is 100,000 tonnes of total integrated waste (per year), of which 39,000 tonnes is e-waste. The project is supported by the Swiss Government Export Finance Agency. 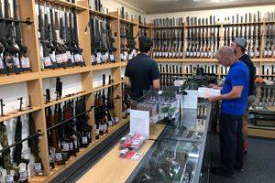 New Zealand has imposed an immediate ban on assault weapons following the Christchurch massacre that claimed the lives of 50 mosque-goers.

Prime Minister of New Zealand Jacinda Ardern announced assault rifles and military-style semi-automatic weapons would be banned with immediate effect, making a pledge to ensure that nothing like Christchurch massacre ever occurs in the Pacific nation again. 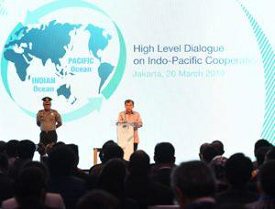 The Government of Indonesia has hosted the first ever High-Level Dialogue on Indo-Pacific Cooperation (HLD-IPC) in its capital city Jakarta.

The theme of the HLD was 'Towards a Peaceful, Prosperous, and Inclusive Region'.

The objective behind this meet was to urge all participating governments to talk openly about their plans for increasing cooperation and for building trust in the Pacific Ocean and the Indian Ocean region. 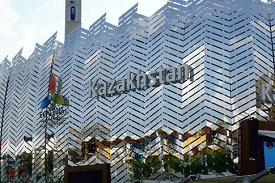 Mr. Nazarbayev, 78, served nearly 30 years as president of the nation. The change was announced after Kassym-Jomart Tokayev was sworn in as president, promising to seek his predecessor's opinion on key decisions.

The Indian delegation was led by Secretary in the Ministry of External Affairs T S Tirumurti. 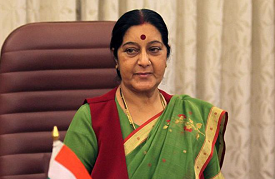 External Affairs Minister Sushma Swaraj left to the Maldives on a two-day visit. She is accompanied by Foreign Secretary Vijay Gokhale and other officials.

During her visit, Mrs Swaraj will call on the President of Maldives Ibrahim Mohamed Solih, Parliament Speaker Qasim Ibrahim and meet with her Maldivian counterpart Abdullah Shahid. 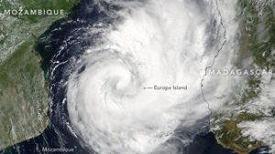 Mozambique, Zimbabwe and Malawi have been hit by a vicious cyclone 'IDAI' that has killed nearly 150 people, left hundreds more missing and stranded tens of thousands who are cut off from roads and telephones in mainly poor, rural areas.

Cyclone Idai has affected more than 1.5 million people in the three southern African countries, according to the UN and government officials.

Hardest hit is Mozambique’s central port city of Beira where the airport is closed, electricity is out and many homes have been destroyed. 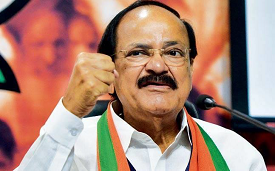 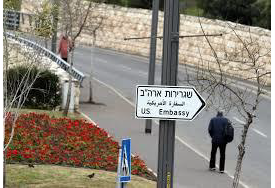 The United States has officially shuttered its consulate in Jerusalem, downgrading the status of its main diplomatic mission to the Palestinians by folding it into the U.S. Embassy to Israel.

The U.S. State Department stated that the decision was driven to increase the efficiency and effectiveness in diplomatic engagements. 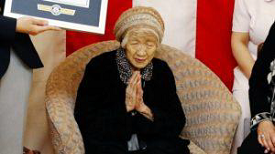 A 116-year-old Japanese woman who loves playing the board game Othello is being honored as the world's oldest living person by Guinness World Records.

Tanaka was born January 2, 1903, the seventh among eight children. The previous oldest living person was another Japanese woman, Chiyo Miyako, who died in July at age 117. 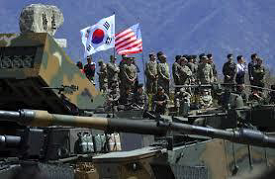 The United States and South Korea decided to call off their joint exercise “Foal Eagle” and “Key Resolve” and instead bifurcate them into smaller exercises.

This decision has been made after there was a failure to reach an agreement on denuclearisation during the summit in Hanoi, Vietnam between President Donald Trump and North Korean leader Kim Jong Un. 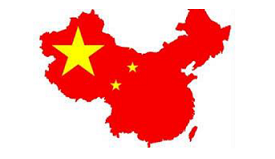 Chinese Premier Li Keqiang has expressed concern that the country will face a graver and more complicated environment to development, amid an ongoing trade war with the US and continued economic slowdown.

The world’s second-largest economy has slashed its GDP target to 6.00 to 6.50 percent this year.

The third edition of the bilateral joint exercise between India and Oman, Al Nagah 2019 will begin from 12th of this month (March) at Jabel Al Akhdar Mountains in Oman.

It will continue till 25th of March. In the exercise, both the armies will exchange expertise and experience in tactics, weapon handling and firing. 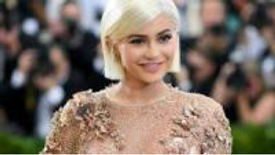 Kylie Jenner was named the youngest self-made billionaire of all time by Forbes magazine, thanks to the booming cosmetics company she founded three years ago.

Jenner, 21, the half-sister of reality television stars Kim, Khloe and Kourtney Kardashian, made it onto the annual Forbes list of billionaires after debuting her Kylie Cosmetics online in 2015 with $29 lip kits containing matching lipstick and lip liner. 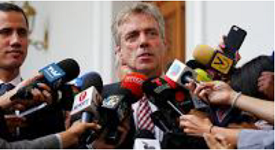 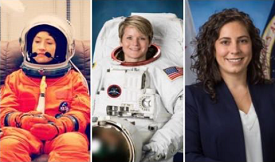 Just in time for International Women’s Day, NASA announced that it will be conducting the first-ever, all-female spacewalk.

Astronauts Christina Koch and Anne McClain will exit the International Space Station on March 29, 35 years after the first woman performed a spacewalk. They’ll be guided from the ground by flight director Mary Lawrence, and flight controllers Jackie Kagey and Kristen Facciol. 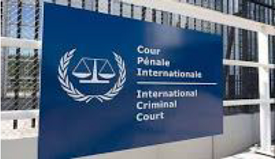 Malaysia has become a member of the International Criminal Court. The ICC is the world’s only permanent war crimes court and aims to prosecute the worst abuses when national courts are unable or unwilling. Malaysia becomes the 124th member of the court since its establishment in 2002.

But the tribunal in The Hague has come under fire over high-profile acquittals, while Burundi became the first country to quit the court in 2017 and the Philippines has announced its intention to withdraw. 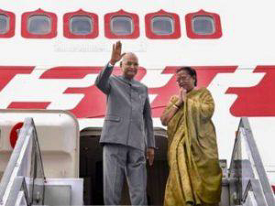 President Ram Nath Kovind embarked on a state visit to Croatia, Bolivia and Chile to hold talks with the leaders of these countries and strengthen ties in trade, investment and renewable energy.

India will be conducting separate bilateral forums with Croatia, Bolivia and Chile during President Kovind's visit to these countries. President Kovind will first visit Croatia in what would be the first visit by an Indian president to the European country.

Oman has signed an agreement with the United States of America that allow American ships and warplanes to take advantage of his ports and airports.

The agreement will allow the US forces to take advantage of the facilities offered at some of the Sultanate’s ports and airports during visits of the US military vessels and aircraft.