State owned Power Finance Corporation (PFC) became the promoter of REC Ltd as it acquired the management control of the power sector lender.

The ₹14,500 crore payment to the government for its 52.63% equity stake and subsequent transfer of REC shares to PFC cleared the decks for the creation of a $80-billion lending institution for the Indian power sector. The REC’ shares were acquired at a per equity share price of ₹139.50. While 70% of the deal was financed through cash inflows, the balance was met through debt.

Currently, Rajeev Sharma is the Chairman & Managing Director of Power Finance Corporation. PFC has its headquarters in New Delhi. PFC was incorporated on July 16th, 1986 and is a leading Non-Banking Financial Corporation in the Country. 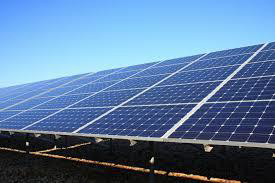 State-owned gas utility GAIL India Ltd has signed an agreement with Bharat Heavy Electricals Ltd (BHEL) for cooperation in the development of solar power projects. GAIL shall be the project developer and BHEL shall act as an engineering, procurement, construction and project management contractor.

BHEL is one of the few companies in the world, and only company in India, having the capability to manufacture the entire range of power plant equipment. 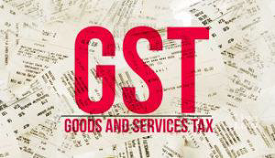 The all-powerful GST Council Tuesday approved a transition plan for the implementation of new tax structure for housing units.

A reasonable time for transition will be given to developers in consultation with states.

GST rates for new projects will be mandatory from April 1. 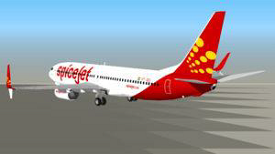 SpiceJet is the first Indian budget carrier to join the International Air Transport Association (IATA), which has over 290 airlines as members.

The membership also allows SpiceJet to explore and grow its collaborations with international member airlines of IATA through interlining and code shares. 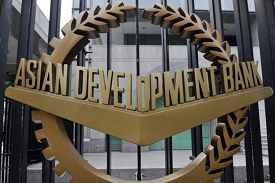 Avaada aims to use the capital to expand its solar energy generation capacity in India.

The ADB and Avaada entered into an agreement which was signed by the chairman of the company Vineet Mittal and ADB’s principal investment specialist Mayank Choudhary.

Asian Development Bank Headquarters is in Manila, Philippines. Its president is Takehiko Nakao.

LEAP is a funding arrangement provided by Japan International Cooperation Agency (JICA) which is administered by ADB. 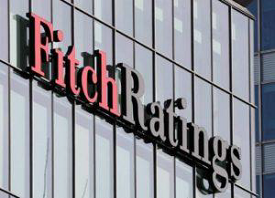 Fitch Ratings cut India’s economic growth forecast for the next financial year starting April 1, to 6.8 per cent from its previous estimate of 7 per cent, on weaker than expected momentum in the economy.

Fitch Ratings cut India’s FY19 GDP growth forecast to 7.2 per cent from 7.8 per cent on December 6. 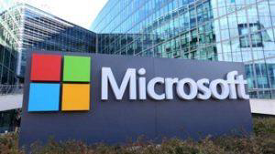 Microsoft India partnered with The Ministry of Housing and Urban Affairs (MoHUA) to deploy Microsoft’s Project Sangam (cloud-hosted, mobile-first community learning platform) to train functionaries and officers across India on Swachh Bharat e-Learning Portal. Through this partnership, MoHUA has successfully trained 110,000+ municipal functionaries on best sanitation practices across 4000 plus cities in India.

Swachh Bharat Mission e-learningSwachh Bharat Mission (SBM) is a nation-wide campaign in India that aims to clean up the streets, roads and infrastructure of India’s cities, towns, and rural areas. To successfully execute this campaign, MoHUA wanted to standardize, centralize, modernize, and establish systems for knowledge exchange and capacity development to train thousands municipal functionaries spread across cities in India.

Partnership with Microsoft to use the cloud powered Project Sangam, enabled delivery of large-scale, far-spread training programs with high quality and efficiency. The Sangam platform was designed to train municipal functionaries of state sanitation missions, city managers - engineers, administrators, field supervisors and sanitation workers with an aim to equip, assess, measure and accredit training of these officers.

8 - Hyundai and Kia to invest $300 million in Ola, focus on smart mobility solutions It will be Hyundai's and Kia's biggest combined investment to date.

The agreement will see the three companies extensively collaborate on developing unique fleet and mobility solutions, build India-specific electric vehicles and infrastructure, as well as nurture opportunities for driver partners with customized vehicles on the Ola platform.

9 - Apple Partners With Goldman Sachs And Mastercard For Apple Card

The card is tied to Apple Pay, a service that allows people to load banking information and pay in store or use it for purchases online.

Apple card is a virtual credit card that can be integrated into the Wallet app of the iPhone. 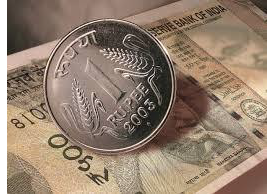 In first leg of the transaction, RBI will buy dollars in the spot market from dealers in exchange for the rupee.

During the current fiscal year, the central bank has injected over ₹2.36 trillion worth of liquidity for the rupee through an auction process. RBI will buy $5 billion on 26 March for a period of three years and reverse it through sales at pre-determined rates fixed via auction.

Authorized dealers are allowed to participate in the auction.

The market capitalization of HDFC Bank crossed Rs 6 trillion mark for the first time ever, after shares of the private sector lender spiked to an all-time high. Driven by heavy volume, shares of HDFC Bank rose as much as 2.87 percent in intra-day trade to hit 52-week high of Rs 2,233, surpassing its previous high of Rs 2,220 recorded on July 18, 2018.

As a result, the market cap of HDFC Bank stood at Rs 6,05,932.79 crore on the BSE, making it only the third Indian firm to achieve the milestone after Tata Consultancy Services and Reliance Industries. 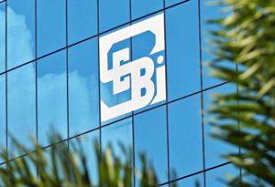 Markets regulator SEBI withdrew the 20% limit on investments by Foreign Portfolio Investors (FPIs) in corporate bonds of an entity.

In June last year, the Securities and Exchange Board of India (SEBI) had mandated that no Foreign Portfolio Investors (FPIs) shall have an exposure of more than 20% of its corporate bond portfolio to a single corporate.

However, the central bank in February lifted the restriction in view of market feedback.

Punjab National Bank (PNB) has sanctioned loans worth Rs 689 crore to 1600 MSMEs under Prime Minister Narendra Modi '59-minute' initiative. The loans have been sanctioned through psbloanin59minutes.com portal as part of its effort to promote micro, small, and medium enterprises.

Under the Mudra Yojana Scheme, the bank has offered loans to over 2.69 lakh small entrepreneurs till February 2019. 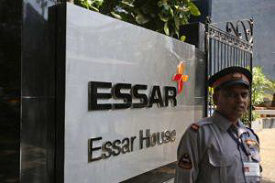 The decision, which paves the way for ArcelorMittal's entry into India, came after 583 days of the stressed asset being referred for insolvency proceedings, instead of the mandatory resolution period of 270 days as per the Insolvency and Bankruptcy Code (IBC).

The NCLT bench approved ArcelorMittal's resolution plan, which was voted as the winning bid in October 2018 by the Committee of Creditors (CoC) and which included an upfront payment of Rs 42,000 crore and a post-deal infusion of Rs 8,000 crore in Essar Steel. 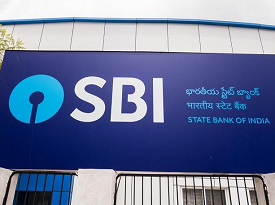 The joint venture (SBI has a 74 per cent stake, and the balance is with Hitachi Payment Services) will facilitate expansion of the digital payments landscape in India via its digital payments platform.

This will offer innovative products to suit the requirements of all segments of merchants by leveraging the brand value and vast distribution network of SBI, and bring Artificial Intelligence and other technological capabilities of Hitachi to SBI Payment Services. 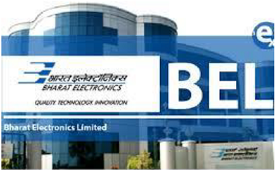 Prime Minister Narendra Modi launched the system as part of the inaugural of Phase I of the Ahmedabad Metro.

SWAGAT is an initiative steered by the Ministry of Housing and Urban Affairs (MoHUA) in collaboration with BEL and Centre for Development of Advanced Computing (CDAC) with the support of Delhi Metro Rail Corporation (DMRC), National Payment Corporation of India (NPCI) and State Bank of India (SBI). The Government of India, the State Government of Chhattisgarh and the World Bank signed a $25.2 Million Loan Agreement to support the State’s Reforms in Expenditure Management. This support will cover Expenditure Planning, Investment Management, Budget Execution, Public Procurement, and Accountability.

The Chhattisgarh Public Financial Management and Accountability Program, which is the First Bank-Financed State-Level Project in Chhattisgarh in nearly a decade, will also help the State strengthen its Direct Benefit Transfer (DBT) and Tax Administration Systems. 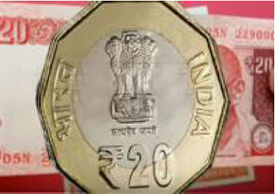 The Government will come out with the first ever Rs 20 coin which will be shaped like a 12-edged polygon with design of grains to denote farm dominance in the country.

Besides, new series of one, two, five and ten rupees’ coins too would be minted, which will be circular in design and have denominations written in Hindi script.

The exact date of issuance of these new series coins is yet to be announced.

The Rs 20 coin will weigh 8.54 gm and its outside diameter will be 27mm with the outer ring made of nickel silver and the centre piece of Nickel brass. 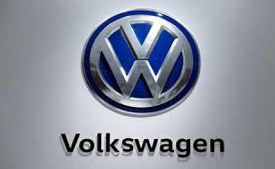 The National Green Tribunal (NGT) slapped a fine of Rs 500 crore on German auto major Volkswagen for damaging the environment through the use of “cheat device” in its diesel cars in India. A bench headed by NGT chairperson Justice Adarsh Kumar Goel directed the carmaker to deposit the amount within two months.

The tribunal enhanced the compensation amount of Rs. 171.34 crore, which was recommended by a NGT- appointed committee, as a means of “creating deterrence.” The auto maker, however, said that it did not violate the BS-IV norms and that the test results were based on “on road testings” for which there were no prescribed standards. 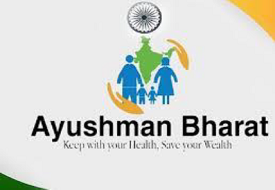 The Insurance Regulatory and Development Authority of India (IRDAI) and the National Health Authority (NHA) have formed a working group on the Ayushman Bharat Pradhan Mantri Jan Arogya Yojana (AB-PMJAY).

The joint working group, to be chaired by Dinesh Arora, Deputy CEO of NHA, will have 10 members from both the organizations.

In six months, it will submit a report on how to detect and deter fraud through a common repository and capacity-building.

It will develop standards for field verifications and investigations besides guidelines to “name and shame” fraudsters.

As part of Network Hospitals Management, the working group will define hospital infrastructure and facility audits, and develop a roadmap to get a common list of accredited hospitals for the industry.

The OECD cut forecasts again for the global economy in 2019 and 2020, following on from previous downgrades in November, as it warned that trade disputes and uncertainty over Brexit would hit world commerce and businesses.

The Organisation for Economic Co-Operation & Development forecast in its interim outlook report that the world economy would grow 3.3 per cent in 2019 and 3.4 per cent in 2020. 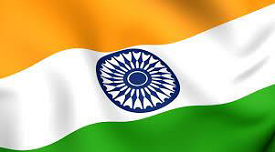 India ranked first in the Confidence Board Global Consumer Confidence Survey which was conducted in collaboration with a global performance management company Nielsen Holdings.

India maintained its 1st position from 3rd quarter and in the 4th quarter of 2018 India’s Consumer Confidence Index (CCI) score is 133. 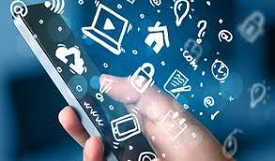 India has the cheapest mobile data in the world as per the research by price comparison site cable.co.uk.