1 - Why Ballot Papers will be used in Nizamabad instead of EVM? 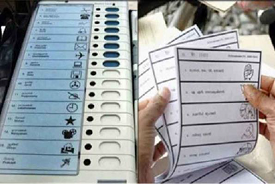 While the entire Country will vote in EVMs in the Lok Sabha Polls 2019, the people of the Nizamabad in Telangana will vote through Ballot Papers.

Why Ballot Papers in Nizamabad?

For the Lok Sabha Polls 2019 in the Nizamabad Lok Sabha seat, there are 185 candidates in contention. As one EVM can accommodate only 16 candidates and a maximum of 4 EVMs can be used in one polling booth, the Election Commission is forced to switch back to the age-old practice of ballot papers.

Of the 185 candidates in contention, 178 are farmers who cultivate Turmeric and Jowar. They are contesting polls to highlight their demand for the remuneration for their crops.

K Kavitha who is also the daughter of Telangana Chief Minister, Chandrashekhar Rao is the sitting MP from the Nizamabad seat. 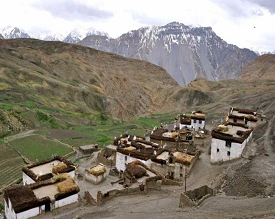 Tashigang, a small Himachal Pradesh village has got the distinction of the highest polling station in the world. Tashigang is located at an altitude of 15,256 feet.

The polling station has 48 voters, of which 30 are men and 18 women

Even though Tashigang has all necessary facilities like power and water supply, it lacks mobile connectivity and election officials will use a satellite phone during polls on May 19.

Initially, election officials had intended to set up the polling booth at Gete village but shifted it to Tashigang as the government school building there was not found safe. Earlier the tiny settlement of Hikkim in Himachal Pradesh positioned at an altitude of about 14,400 ft, was the highest polling station in the country.