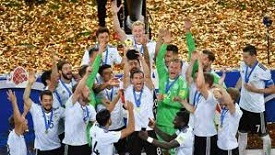 Germany lifted its maiden Confederation Cup Football title. In the final played at St Petersburg, the four-time World Cup winners defeated Chile by a solitary goal. Lars Stindl put Germany ahead in the first half. 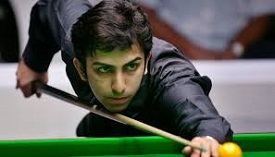 With this win, it was Advani’s second Asian title in this season and 8th overall (6 Billiards, 1 6-red and 1 Team Snooker) while it was first for Rawat and Singh.

Pankaj Advani proved himself once again by remaining the only player who did not lose a single individual match in the team event.

3 - India moved to the 96th position in FIFA World ranking In the latest FIFA rankings, Indian football team moved up by four places, to 96th position. There is a continuous upgradation in the rankings found for India.

In March 2015, India was at 173rd rank, it has improved its ranking by 77 positions. The Indian team has been winner of 13 of its last 15 matches and is unbeaten in the last eight games.

Confederations Cup all time champions Germany have backed Brazil to be at the top slot in the world, followed by Argentina at third spot, Portugal and Switzerland. 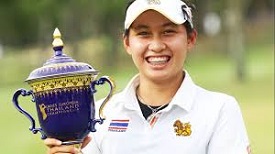 Ana Menendez of Mexico stood at 2nd place whereas Australian Whitney Hillier bagged third position. Atthaya Thitikul had previously been winner of the Taiwan Amateur Open and stood second in in the Queen Sirikit Cup in China. Prior to Atthaya Thitikul, Lydia Ko had been youngest player winner of this Championship. 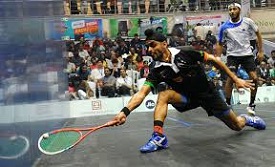 India’s Harinder Pal Sandhu backed Rhys Dowling of Australia to win South Australian Open squash title. It was his eighth title at the PSA level and the third this season after winning two in Malaysia. He won semi-finals of the PSA World Tour event by 11-9 14-12 7-11 11-9 scores, beating Netherland’s Piedro Schweertman.

Harinder Pal Sandhu had won the Gold Medal at the 2014 Asian Games held at Incheon and reached a career-high world ranking of World No. 56 in September 2015. 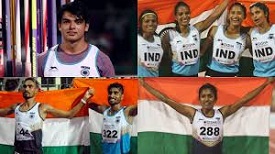 In the history of Asian Athletics Championships, it has been for the first time that India topped the medal tally, by clinching 29 medals, which included 12 gold, 5 silver, and 12 bronze.

With this victory, India backed China to the second spot with 20 Medals and Kazakhstan at third spot with 8 Medals. In the past, India had its best in 1985 Jakarta edition where they had won 22 medals.

Some winners who contributed to the event were Purnima Hembram, Kunhu Muhammad, Muhammad Anas, Rajiv Arokia and Amoj Jacob.

7 - P V Sindhu honoured with ‘Sportsperson of the Year’ award 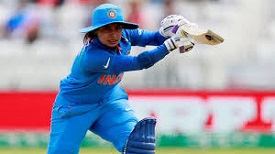 Indian batswoman Mithali Raj created history by becoming the woman cricketer who has scored most runs in ODIs, during the ICC Women’s World Cup 2017. She crossed the mark of 6,000 ODI runs, making her the first women cricketer to achieve the benchmark.

With this, Mithali crossed historic record of England’s Charlotte Edwards with 5992 runs. Mithali Raj created a world record by scoring seven consecutive fifty-plus scores, making her the first woman player to achieve the target, during the tournament. 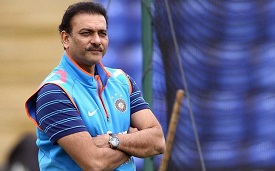 Board of Control for Cricket in India announced that cricketer Ravi Shastri has been appointed as Indian cricket team’s new head coach. BCCI nominated former India cricketer Zaheer Khan as the bowling coach and Indian skipper Rahul Dravid as batting consultant for specific overseas tours, for a period of two years. Ravi Shastri has wide experience as the Team Director. Teimour Radjabov won the FIDE Grand Prix in Geneva, Switzerland. He won €20,000 ($22,936) as prize money. It was also his first classical tournament victory in almost a decade.

Ian Nepomniachtchi stood second in the tornament. The Grand Prix was organized by Agon Limited; the commercial partner of the World Chess Federation, the games governing body. Twenty-four of the world’s best players competed in the Grand Prix. Each Grand Prix has a prize fund of 130,000 euros. 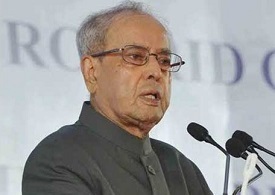 The President of India, Shri Pranab Mukherjee inaugurated the 7th Edition of Kamada Kinkar Mukherjee Rural Football Tournament at Mackenzie Park Football Ground in Murshidabad district of West Bengal. The President witnessed an exhibition match between Mohun Bagan U-19 and Kingfisher East Bengal U-19. Mohun Bagan won the match by 1-0.

The President greeted the players of both the teams and presented awards. Among the dignitaries present on the occasion were MP (Lok Sabha) and President, Organizing Committee, KKM Gold Cup Rural Football; Chairman, All Sports Foundation and Members of Legislative Assembly of West Bengal. 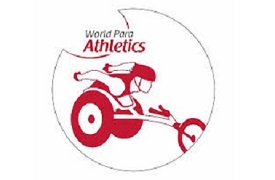 Some of his best recognized efforts were recording 60.36m on very first day of event under F46 category, ahead of Dinesh Priyantha Herath (Sri Lanka) who emerged second with 57.93m, followed by defending champion Guo Chunliang (China) with 56.14m. 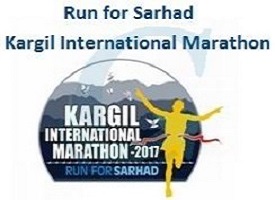 The first ever Kargil International Marathon “Run for Sarhad” concluded with more than 800 runners from all the over the world. People of all age groups participated in various formats of the race. 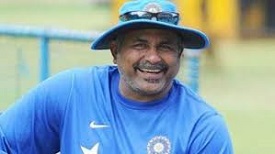 Board of Control for Cricket in India, BCCI has appointed Bharat Arun as the Indian Cricket team's bowling coach. BCCI has also retained Sanjay Bangar as assistant coach and R Sridhar as fielding coach until the 2019 ODI World Cup.

Arun was a medium pacer and an attacking lower order batsman. He was a part of the Tamil Nadu team that won the Ranji Trophy in 1987/88. He played two test matches and four ODIs for Indian national team. 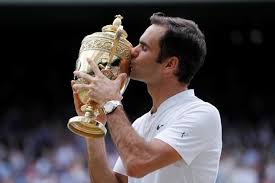 Roger Federer defeated Marin Cilic of Croatia 6-3, 6-1 andd 6-4 in the final to become the first man to win eight Wimbledon titles. It was his 19th Grand Slam title, also a record.

Federer was playing his 11th Wimbledon final. This victory lifted Roger Federer up to No 3 in the rankings.

The 36-year old Federer is also Wimbledon’s oldest - men’s category winner of the modern era, succeeding Arthur Ashe, who was almost 32 when he won in 1976. This was Sandhu’s ninth PSA title overall. This was also the fourth title in a row on the professional circuit for Sandhu. This win also helped extend his winning streak to a stunning 17 matches now. He has won the Malaysian Tour and the Makati Open in May followed by the South Australian Open. 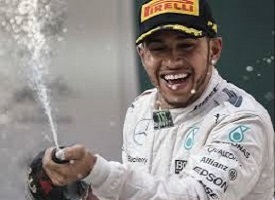 With this win, Hamilton moved within a single point of world championship leader Sebastian Vettel. Vettel suffered a late puncture and finished seventh for Ferrari.

18 - FIFA has lifted their ban on the Sudan Football Association 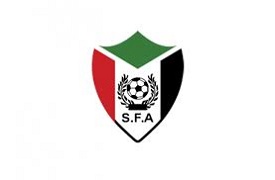 The Bureau of the FIFA Council has lifted the suspension that was imposed on the Sudan Football Association (SFA) for its failure to comply with its obligations stipulated in articles 14 and 19 of the FIFA Statutes following a decree issued by Sudan’s Undersecretary of the Ministry of Justice on 2 June 2017.

This decision has been taken following confirmation by the SFA that Mr Bakri Hassan Salih, Prime Minister of Sudan, has issued a resolution suspending the decree of the Undersecretary of the Ministry of Justice and the SFA Board of Directors with its President, Dr Mutasim Gaafar Sir Elkhatim, have been reinstated.

19 - Kamal Haasan to be brand ambassador of Tamil Thalaivas 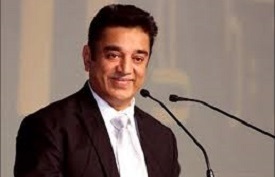 The Pro Kabaddi League is a franchise-based professional kabaddi league in India, consisting of 12 teams. The PKL was founded in 2014. In 2017, the league expanded from eight teams to twelve, the new teams being Haryana Steelers, Tamil Thalaivas, Gujarat Fortune Giants and the UP Yoddha. 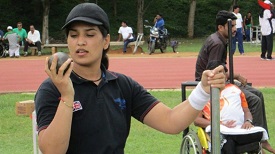 India won three medals in the competition. Sundar Singh Gurjar won the first medaal for the country at the World Para Athletics Championships by clinching gold in the men's javelin throw event. Later, Amit Saroha added to the tally when he clinched silver medal in the club throw event in the F-51 category. 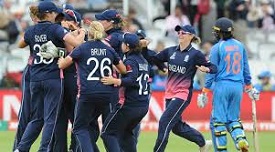 Tamsin Beaumont of England was named player of the ICC Women’s World Cup tournament. She finnished as the most successful batter with 410 runs in nine matches at an average of 45.55. 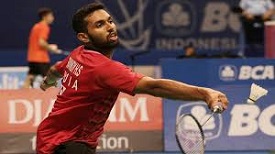 HS Prannoy won the US Open Grand Prix Gold tournament after he defeated Parupalli Kashyap in the final. It was the third Grand Prix Gold and maiden US Open title for Prannoy. He won US$120000 as prize money.

Prannoy had defeated Vietnam’s Tien Minh Nguyen, while Kashyap had won over Korean Kwang Hee Heo to reach the finals. In the women's singles category of the tournament, Aya Ohori of jappan won the final against Michelle Li of Canada.

The International Cricket Council (ICC) announced the Team of the ICC Women’s World Cup 2017 with India’s Mithali Raj as its captain.

The side includes four players from England, including player of the tournament Tamsin Beaumont, player of the final Anya Shrubsole, wicketkeeper Sarah Taylor and left-arm spinner Alex Hartley, Harmanpreet Kaur and Deepti Sharma along with Raj from India, three from South Africa including opener Laura Wolvaardt and bowlers Marizanne Kapp and Dane van Niekerk, and Australia all-rounder Ellyse Perry. 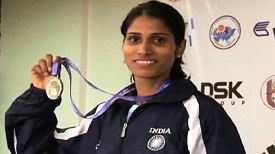 According to a press release from the Indian Weightlifting Federation, the weightlifter from Manipur lifted 56kg in snatch and 70kg in clean & jerk for a total effort of 126kg in the 44kg weight category to finish on the top of the podium. 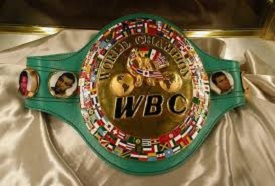 In a historic first for Indian boxing, the country will host the men's World Championship for the first time in 2021 besides next year's Women World Championship. The International Boxing Association (AIBA) made the announcement at the end of its two-day executive committee meeting in Moscow.

India has never conducted the men's World Championship but has played host to the 2006 women's mega-event. The major men's boxing events hosted by India have been the 1990 World Cup in Mumbai and the 2010 Commonwealth Championships in New Delhi.

India finished at seventh position in the sixth Commonwealth Youth Games at Nassau in Bahamas after winning 11 medals, including four gold. India won four gold, one silver and six bronze medals in the six-day multi-sporting event. 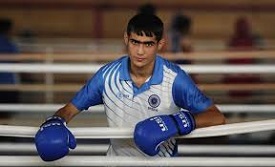 Among the girls, Jony was the lone Indian to claim a medal after she settled for a silver in the lightweight (60kg) category. Earlier, Muhammed Etash Khan had to be content with a bronze medal in the bantamweight (56kg) division after losing in the semifinals. Around 103 boxers competed in the event. 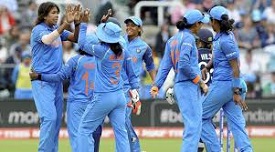 Madhya Pradesh government announced Rs 50 lakh award for the Indian women's cricket team, which finished as runners-up in the Women's Cricket World Cup. Indian Women Cricket team's splendid performance in the World Cup has helped improve the rankings of many of its batters and bowlers. As for the ICC Women's Team Rankings, there was no change in positions with Australia retaining top spot at 128 points.

The award will be given to the team at a grand ceremony. The Indian women's team lost by nine runs to England, finishing runners-up for the second time, after 2005 final. 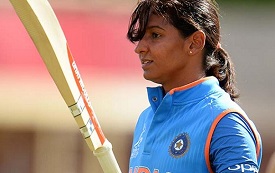 Indian Women Cricket team's splendid performance in World Cup has helped improve the rankings of many of its batters and bowlers. Harmanpreet Kaur broke into the top 10 of the ICC Women's ODI Player Rankings.

Among bowlers, world's leading ODI wicket-taker Jhulan Goswami has gained four slots to reach second position. As for the ICC Women's Team Rankings, which take into account both ODIs and T20Is, there was no change in positions with Australia retaining top spot at 128 points. England has gained one point to reach 125 in second position, while India remain on 113 points. 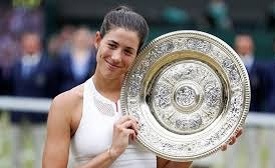 Garbiñe Muguruza won her first Wimbledon title after beating Venus Williams in straight sets 7-5, 6-0 in the women's singles final of Wimbledon 2017. She won her second Grand Slam singles title, the first was in French Open 2016.