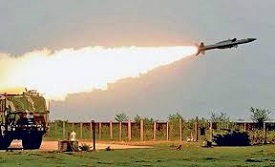 All the technologies and subsystems incorporated in the missile have performed well, meeting all the mission requirements.

All the Radars, Electro Optical Systems, Telemetry Systems and other stations have tracked the Missile and monitored all the Parameters. The Missile test met all the objectives. 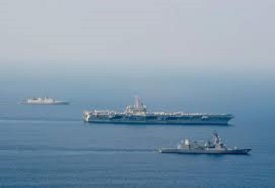 The 21st edition of the Malabar naval exercise involving Indian, American and Japanese navies kick started on July 10 in the Bay of Bengal.

A sizeable number of aircrafts, naval ships, and nuclear submarines of the navies of the three countries participated in the annual exercise.

The aim of the Malabar exercise is to achieve deeper military ties and greater interoperability among the three navies in the strategically-important Indo-Pacific region. 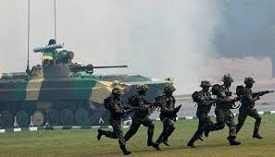 Indo-Thailand joint military training exercise was conducted for over 14 days in Himachal Pradesh. It started at Bakloh in Chamba district, so as to develop closer relations while improving skills and exchanging experiences between the two armies.

It is named as Maitree. Maitree 2017 is a part of a series of joint exercises between the Indian Army and the Royal Thailand Army. Earlier edition of the exercise was held at Krabi in Thailand in 2016. Various drills were conducted for the neutralisation of likely threats.

The IAF participated in a joint exercise with Sri Lankan forces. A transport aircraft of IAF had ferried a contingent of 65 members of IAF personnel to Sri Lanka with an aim of carrying out joint training.

The contingent included a sky diving team along with the Air Warrior Drill Team. While at Colombo, joint para drops were carried out along with Sri Lankan troops.

This exercise offered an opportunity to both, the IAF and SLAF contingent members, to observe each other’s Standard Operating Procedures as well as exchange ideas on joint operations.

5 - MoU Signed Between Department of Defence Production and GSL 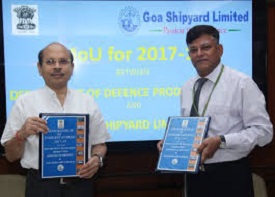 Notably in financial year 2016-17, the Shipyard achieved historical high VoP of Rs 1030 crore and PBT of Rs 177 crore. GSL was adjudged as ‘Best Performing Shipyard’ by MoD. Export target has been set at 28 percent of ‘Revenue from Operations’, which is highest among DPSU Shipyards.

6 - Mou Signed between Department of Defence Production and HSL 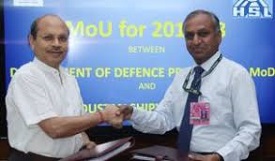 Hindustan Shipyard Limited (HSL), a Schedule ‘B’ Central Public Sector Enterprise (CPSE) under the administrative control of Department of Defence Production, Ministry of Defence signed a Memorandum of Understanding (MoU) for the financial year 2017-18 with the Ministry.

The MoU, outlines targets on various performance parameters for the company during the year. The revenue from operations has been targeted at Rs 600 Crore.

7 - MoU Signed between Department of Defence Production and GRSE 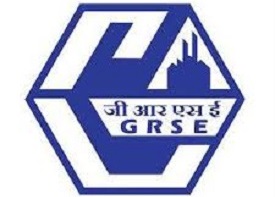 A Memorandum of Understanding (MoU) was signed between Ministry of Defence and Garden Reach Shipbuilders & Engineers Limited (GRSE) for the targets and achievements expected on various MoU performance indicators of the company during 2017-18.

The company has targeted to achieve a turnover of Rs 1350 crore which is about 40% more than actual achievements of last financial year (2016-17).

During the current year, the company planned to spend Rs 50 crore as CAPEX for further strengthening the infrastructure facilities including improving the design capabilities for construction of P-17A ships.

8 - Mou Signed between Department of Defence Production and BDL

Bharat Dynamics Limited (BDL), a mini-ratna Defence Public Sector Undertaking (DPSU) has signed a Memorandum of Understanding (MoU) with the Ministry of Defence for the financial year 2017-18.

The revenue from operations, as per the MoU, has been targeted at Rs 5300 crore, which is an increase of 20% over the previous year. BDL has planned to spend an amount of Rs 140 crore for modernization and Capital expenditure.

The maiden flight of 2nd Prototype (PT-2) of Basic Trainer Aircraft (HTT-40) has been successfully completed without any glitch. The aircraft flew for one hour carrying out important manoeuvres, touching altitude of 20000 ft and maximum speed of 185 kmph.

Hindustan Aeronautics Limited (HAL) aims to get the aircraft certified by December 2018 which will be followed by series production.

In February 2015, the Defence Acquisition Council (DAC) approved procurement of 70 Basic Trainer Aircraft from HAL. Considering this, HAL has planned to set up facility for manufacturing of 15-20 aircraft per annum. HTT-40 is funded by HAL with its own resources.

10 - MoU Signed between Department of Defence Production and BEL 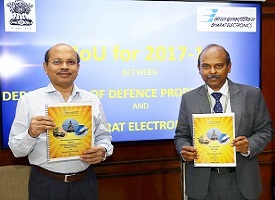 Bharat Electronics Limited (BEL), a Navratna Schedule ‘A’ Central Public Sector Enterprise (CPSE) under the Department of Defence Production, Ministry of Defence signed a Memorandum of Understanding (MoU) for the financial year 2017-18 with the Ministry. 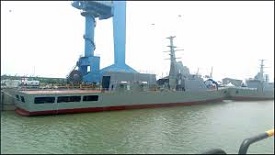 Reliance Defence and Engineering Limited launched the first two Naval Offshore Patrol Vessels (NOPVs) at their shipyard in Pipavav, Gujarat. The ships are part of a five ship project being constructed for the Indian Navy.

The primary role of NOPVs is to undertake surveillance of the country’s vast Exclusive Economic Zone (EEZ) besides operational tasks. The NOPVs would increase the ocean surveillance and patrolling capabilities of the Indian Navy.

The NOPVs being constructed at RDEL are patrol ships and are armed with 76mm Super Rapid Gun Mount (SRGM) system along with two 30mm AK-630M guns.