The GST Council has reduced the tax rate on fertilizer from previously decided 12% to 5%. Till June 30, taxes on fertilizers were in the range of 0-6% in different states.

The decision to reduce the tax rate on fertilizer was taken because of apprehensions that price of the crop nutrient may go up.

The GST Council also decided to cut tax rate on exclusive parts of tractors from 28% to 18%. The GST council did not reduce the rate of 18 per cent on crop protection chemicals. 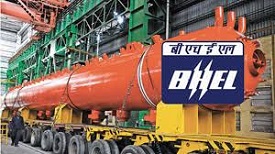 Bharat Heavy Electricals Ltd has entered into a technology collaboration agreement with Kawasaki Heavy Industries Ltd (KHI) of Japan for manufacturing of stainless steel coaches and bogies for metros.

The agreement covers establishing design, engineering and manufacturing facilities at BHEL using Japanese technology. It will also entitle BHEL for all technology advances and upgrades. BHEL supplies electric as well as diesel locomotives, EMUs, and propulsion systems for Indian Railways. 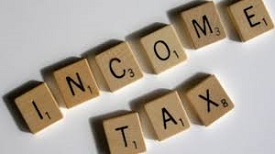 During April to June, the government also issued refunds to the tune of 55 thousand 520 crore rupees. This was, however, 5.2% lower than the refunds issued during the corresponding period last fiscal. The collection under Corporate Income Tax grew at 4.8% while the growth under Personal Income Tax including Securities Transaction Tax remained 12.9%. 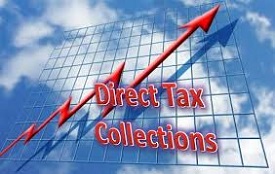 An amount of Rs 58,783 crore has been received as Advance Tax up to 30th June, 2017 reflecting a growth of 11.9% over the Advance Tax payments of the corresponding period of last year.

The cell will be headed by Shri Bijaya Kumar Behera, Economic Advisor and Shri G Srinivasan, Shri S N Ahmed, Assistant Director, Shri Bikram Nath, Assistant Director as its Members. The Ministry is in the process of organising several programmes for the industry to sensitise associates about GST, conduct seminars to disseminate information about the new tax regime.

6 - No GST on free food supplied in Anna Kshetras 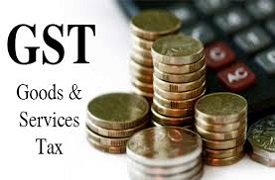 No GST will be applicable on such food supplied free. Further, prasadam supplied by religious places like temples, mosques, churches, gurudwaras, dargahs, etc. attracts Nil CGST and SGST or IGST.

However, some of the inputs and input services required for making prasadam would be subject to GST. These include sugar, vegetable edible oils, ghee, butter, service for transportation of these goods etc.

Under GST regime, it is difficult to prescribe a separate rate of tax for sugar, etc. when supplied for a particular purpose. Therefore, GST does not envisage end use based exemptions.

7 - Siemens to set up its first digital factory in India 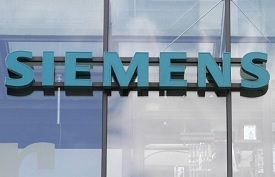 Germany’s Siemens will provide smart facilities to small and medium-scale enterprises in India by setting up its digital factory for the first time in the country. Siemens is in view to set up factory in Mumbai to sell a range of plant automation equipment and software to Indian manufacturing units.

Siemens is already established in Germany and China and it aims to facilitate a variety of hardware and software products through its digital factory. Digital factory is one of the nine divisions at Siemens.

8 - Consumer Affairs Ministry announced MRP to be only price decider from Jan 1, 2018 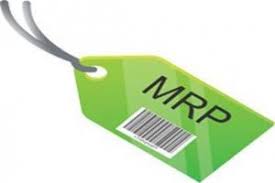 Consumer Affairs Ministry announced that the Maximum Retail Price (MRP) inclusive of all taxes, will be the only price decider with effect from January 1, 2018.

According to amended rules, the price of a packaged good would no longer depend on the place from where it is purchased, be it a store, a mall, a five-star hotel or an airport, it has to be sold at one and only price.

Any vendor charging differential prices for the same product will have to face a new legal provision that ‘no person shall declare different MRPs on an identical pre-packed commodity’.

9 - India to import crude oil from US 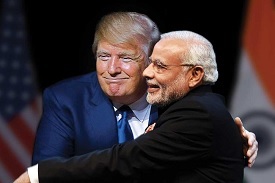 It is for the first time that world's third-largest oil importer, India will import crude oil from the United States. US has been India’s largest arms provider.

The settlement took place in June, when PM Modi visited America and met with Trump. IOC has bought 2 million barrels of crude oil from North America, American Mars Crude and 4,00,000 Barrels from Western Canadian, which is expected to be delivered in October to India. 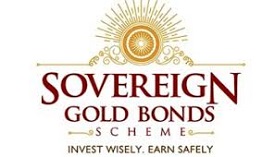 Government of India, in consultation with the Reserve Bank of India, has decided to issue Sovereign Gold Bonds 2017-18 – Series II.

The investors will be compensated at a fixed rate of 2.50% per annum. The minimum investment will be 1 gram of gold and maximum will not be more than 500 grams per person per fiscal year. 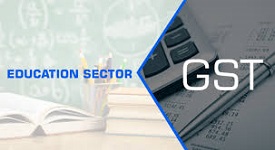 The Union Government has clarified that services provided by an educational institution to students, faculty and staff are fully exempt from GST.

The Ministry said, there is no change in tax liability relating to education and related services in the GST, except reduction in tax rate on certain items of education.

It clarified that no GST will be on the annual subscription or fees charged as lodging and boarding charges by educational institutions from its students for hostel accommodation. 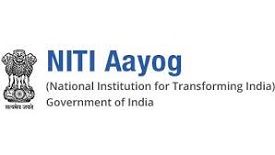 NITI Aayog Vice Chairman Arvind Panagariya has said, India's GDP could rise to about 8 trillion dollars over the next 15 years if the country registers an economic growth of 8% annually.

He said, with that level of economic growth, living standards and amenities that are taken for granted in the west will become accessible to a very large part of the population in India in the coming 15 years.

Mr Panagariya listed the big-item and big ticket reforms such as the Goods and Services Tax, Insolvency and Bankruptcy Act and the Aadhaar Act implemented by the government which would trigger the benefits in the economy. 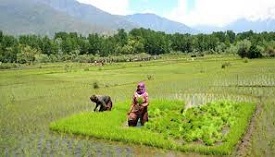 Crop sowing data released by the Agriculture Ministry, reveals that the rice has been sown in over 125 lakh hectare which is about 5 lakh hectare more than the last year.

The share/ contribution of Micro, Small and Medium Enterprises (MSMEs) in the exports of the country are as follows − 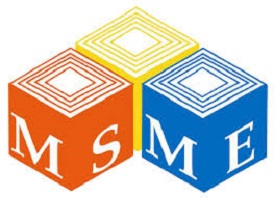 Indian e-wallet service provider Mobikwik has partnered with Samsung. It will be integrated into Samsung Pay Mini. Samsung Pay Mini users can pair their Mobikwik accounts in the near future with the service to pay at 1.4 million locations throughout India.

Samsung Pay, the mobile payments service of the world’s largest handset maker, was launched in India in March 2017. It allows users to just tap and pay using the debit/credit cards and wallets stored on their mobile devices. 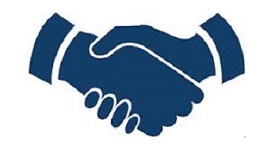 Five P Venture India Private Ltd has inked an agreement with Central Silk Board (CSB) for development and commercialization of handloom silk products.

The MoU was signed at the first-ever mega trade fair for the textile sector organized by the Ministry of Textiles at Gandhinagar. It would help boost the eco-system of Chennimalai handloom cluster. It would also help revive the heritage skills of the handloom weavers in Chennimalai belt. 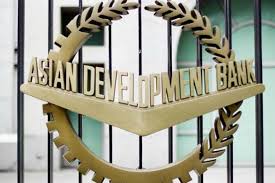 Asian Development Bank retained India's growth projection at 7.4%. The ADB said that implementation of the Goods and Services Tax (GST) is expected to improve ease of doing business and facilitate growth in the medium term. 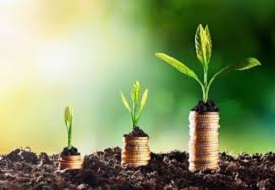 According to a Reuters Poll, India will reclaim its position as the fastest growing major global economy this year, partly propelled by benefits from a new tax system and bolstered by an expected central bank interest rate cut.

The median forecast from the poll of over 35 economists showed India's economy is expected to expand 7.3% in the fiscal year ending March 2018. While that is a downgrade from the previous poll's forecast of 7.5%, it is better than the International Monetary Fund's projection of 7.2%. It is also stronger than the poll predicting China’s growth by 6.6% in calendar year 2017. 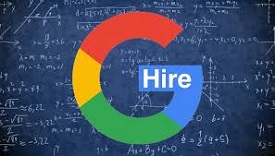 Google has launched 'Hire', a recruiting app for small- and medium-sized businesses. The app would compete with Microsoft-owned LinkedIn. 'Hire' integrates seamlessly with G Suite apps like Gmail and Google Calendar.

With the introduction of Hire, customers now have a hiring app alongside G Suite’s familiar, easy-to-use tools that can help them run an efficient recruiting process. Businesses can also schedule interviews in Hire with visibility into an interviewer's schedule from Calendar. 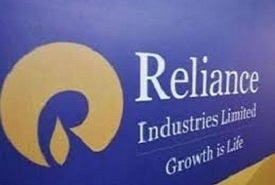 The RIL stock has surged nearly 11% in July and over 41% year-to-date. 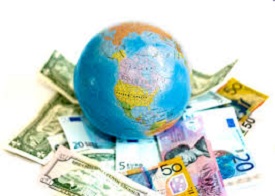 As per the World Bank, India is the largest remittance receiving country in the world in 2016. Remittances received by top 4 countries in 2016 are given in table below −

As per the World Bank’s Migration and Development Brief 27 (April 2017), for the first time in recent history, remittance flows to developing countries registered a decline for two successive years.

India, the largest remittance-receiving country worldwide, led the fall with a decrease of 8.9% in remittance inflows. Low oil prices and weak economic growth in the Gulf Cooperation Council (GCC) countries is one of the major reasons for the fall in remittances. 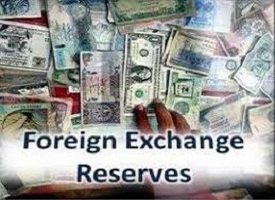 India’s Foreign Exchange Reserves rose by USD 2.681 billion to touch a new life-time high of USD 389.059 billion in the week to July 14, helped by increase in Foreign Currency Assets (FCAs). 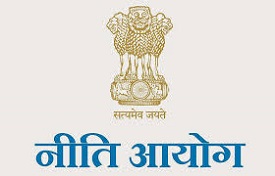 NITI Aayog Vice Chairman Arvind Panagariya announced that India is likely to clock a 7.5% economic growth in the current fiscal and in New York, growth rate will begin to touch 8% in the last quarter of the current fiscal but the average for the year will be about 7.5%.

NITI AAYOG acknowledged the job creation in the country, especially at the lower, semi-skilled level, truly is the biggest challenge, probably bigger than growing at 8%. According to NITI Aayog, India's better performing sectors such as automobile, auto parts, engineering goods, and IT enabled services, are not very employment-intensive. 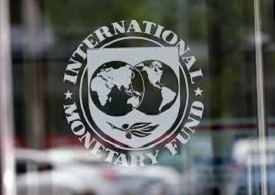 International Monetary Fund lowered its forecasts for US and UK economic growth, following weaker than expected activity in the first three months.

Yatra has acquired corporate travel service provider company Air Travel Bureau (ATB) for an undisclosed amount. It has entered into a definitive agreement through its subsidiary, Yatra Online Pvt, to acquire ATB.

Yatra will acquire all outstanding shares of ATB and assume its debt. ATB is India’s ‘largest corporate travel services provider’. It specializes in corporate travel management, MICE operations and leisure tourism. It has got gross bookings of Rs 1,500 crore and a client base of 400 companies in the country. 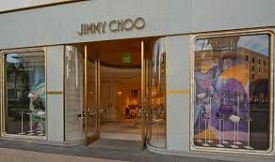 The acquisition will give Michael Kors a new avenue for international growth and a foothold in the luxury shoe market.

Jimmy Choo was started in 1996 by British Vogue editor Tamara Mellon and designer Jimmy Choo. Jimmy Choo has more than 150 stores around the world. 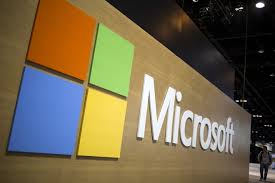 In a move by Microsoft to enhance the collaboration and communication experience for Indian enterprises, it launched a ‘Made for India’ app named as Kaizala app.

The App is a combination of messaging and digitally integrated modern workplace. App will allow users to interact with people within the organization as well as outside like partners and vendors in a seamless manner. 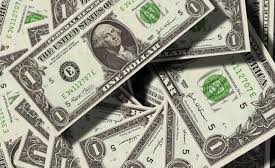 According to Reserve Bank of India data released, FCAs, a key component of overall reserves, surged by USD 2.24 billion to USD 367.15 billion, according to RBI data. 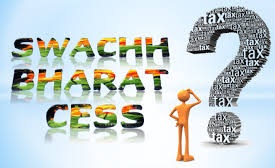 Government collected more than two lakh 35,000 crore rupees last fiscal by way of a host of cesses, including those on education, Swachh Bharat and Krishi Kalyan.

The total revenue generated from cesses and surcharges under direct tax was around 47,000 crores.

The amount generated from the cesses and surcharges under the indirect tax category stood at around one lakh 88,000 crore rupees in 2016-17.

In the 2015-16 Budget, Finance Minister Arun Jaitley had proposed to levy a Swachh Bharat cess of up to 2% on all or certain services, if need arises.