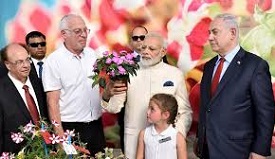 During the visit of Indian Prime Minister Narendra Modi to Israel’s the Danziger Flower Farm, it was announced by Israeli counterpart Benjamin Netanyahu that a new Israel flower ‘Israeli Crysanthumun’ will now be called “MODI”, in a special gesture to mark the first visit of an Indian premier to the Jewish nation. Israeli Chrysanthemum flower is a new fast-growing flower. It is an honor to the ‘Growing Partnership’ between the two nations.

The Danziger flower farm is one of the leading floriculture companies of Israel, located in Moshav Mishmar Hashiva.

2 - Saima Wazed selected as the WHO Goodwill Ambassador for Autism 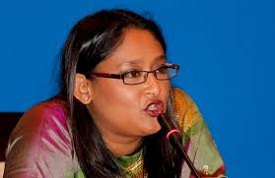 WHO-SEARO announced renowned champion Saima Wazed Hossain as WHO Goodwill Ambassador for autism in the world body's Southeast Asia region for a period of two years. She will have duties to promote Thimphu Declaration, which emphasizes on integrating the needs of autism-affected people into national health and socioeconomic development plans.

She was first choice for the post due to her significant contributions towards creating awareness and generating action to address and elevate sufferings of people affected by autism. 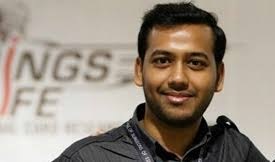 An Indian-origin doctor, Arpan Doshi, is set to become the UK's youngest physician to start work at a hospital in northeast England.

Arpan Doshi graduated with his Bachelor of Medicine and Bachelor of Surgery degree from the University of Sheffield is due to start work as a junior doctor in York, aged 21 years and 335 days.

He will beat the previous record for the youngest doctor to start work in the country by 17 days. 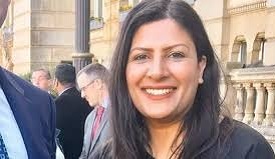 Britain’s first woman Sikh MP, Preet Kaur Gill, has been elected to a cross-party panel in the UK Parliament that examines the workings of the Home Office. She was elected to the Home Affairs Select Committee in the UK Parliament. She will be one of 11 MPs on the cross-party home affairs committee, which investigates the spending, policy and administration of the ministerial department.

Ms. Gill has also been chosen to lead the All Party Parliamentary Group (APPG) for British Sikhs. 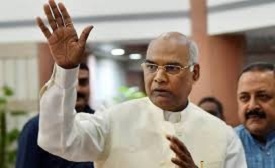 Ram Nath Kovind has been elected the new President of India as he secured victory over opposition candidate Meira Kumar to become the 14th President of the country.

Mr. Kovind got 2930 votes valued 7, 02, 044 and Meira Kumar got 1844 votes valued 3,67,314. Mr. Ram Nath Kovind has become the first BJP member and the second Dalit to be elected to Rashtrapati Bhavan after K R Narayanan. Seventy-seven votes were found to be invalid. Mr. Kovind secured highest 400 votes in Uttar Pradesh and lowest one in Kerala.