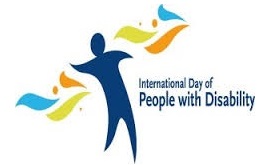 The United Nations' (UN) International Day of Persons with Disabilities is observed annually on December 3rd to focus on issues that affect people with disabilities worldwide.

The theme for this year’s International Day is “Achieving 17 Goals for the Future We Want”. This theme notes the recent adoption of the 17 Sustainable Development Goals (SDGs) and the role of these goals in building a more inclusive and equitable world for persons with disabilities. 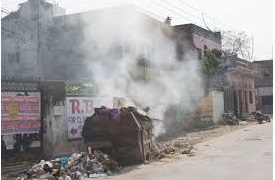 The National Pollution Control Day is celebrated annually on the 2nd of December in India to honor and memorialize the thousands of human beings who had lost their existence because of the Bhopal gas calamity in 1984.

More than 5,00,000 people were left severely affected due to leakage of poisonous gas “Methyl Isocyanate (MIC)” from Union Carbide plant in Bhopal. The day is observed to manage and control the Industrial Disaster as well as prevention of the pollution of water, air and soil. 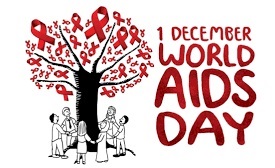 The United Nations' (UN) World AIDS Day is observed annually on December 1st to honor AIDS victims. It also focuses on issues surrounding HIV and AIDS. The theme for the year 2016 is "Hands up for #HIVprevention". The campaign explores different aspects of HIV prevention.

This day is dedicated to raising awareness of the AIDS pandemic caused by the spread of HIV infection. The day is observed often with education on AIDS prevention and control. 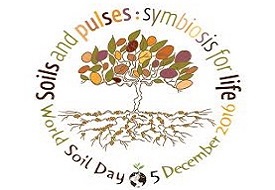 The World Soil Day is celebrated on the 5th of December to celebrate the importance of soil as a critical component of the natural system and as a vital contributor to human wellbeing.

The theme for year 2016 is 'Soils and pulses, a symbiosis for life'. The theme for the 2016 WSD focuses on the positive contributions of pulses to soil properties, such as fixing the atmosphere nitrogen and improving its biodiversity, fertility and structure.

The day coincides with the birthday of Bhumibol Adulyadej, the King of Thailand who strived to raise global awareness on soils. 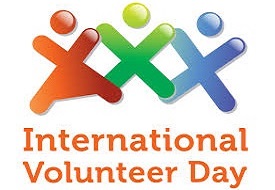 The International Volunteer Day is observed on the 5th of December annually. This day recognizes the work of volunteers and the importance of volunteering.

The theme for the year 2016 is "Global Applause — Give Volunteers a Hand". This year's theme recognizes the volunteers worldwide and their efforts in making peace and sustainable development a reality. The Day was designated in 1985 by the United Nations as an international observance day to celebrate the power and potential of volunteerism. 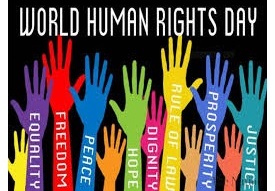 The Human Rights Day is observed every year on the 10th of December for people to know and push for their rights, no matter where they are in the world. The theme for year 2016 is "Stand up for someone's rights today!"

It commemorates the day on which, in 1948, the United Nations General Assembly adopted the Universal Declaration of Human Rights. The first Human Rights Day was celebrated in year 1950.

The National Human Rights Commission, India organized a series of events in run up to the celebration of Human Rights Day, which culminated into a function in New Delhi. 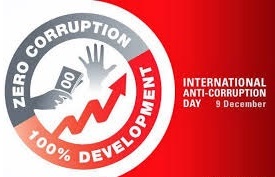 The United Nations’ (UN) International AntiCorruption Day is observed on December 9th each year. The day aims to raise public awareness of corruption and what people can do to fight it. The theme for 2016 is "United against corruption for development, peace and security".

As per the UN, every year $1 trillion is paid in bribes while an estimated $2.6 trillion are stolen annually through corruption – a sum equivalent to more than 5% of the global GDP.

News 8 - Dr. Ambedkar’s birthday to be celebrated as Water Day 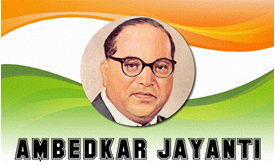 The Union Government plans to observe Dr. B R Ambedkar's birth anniversary (14th April) as "Water Day". The day will be observed to mark Ambedkar’s contribution in water resource management of the country.

The day will be observed with an aim to create awareness among people about managing water resources. Dr. Ambedkar advocated the concept of River Valley Authority or corporation for integrated development of rivers. 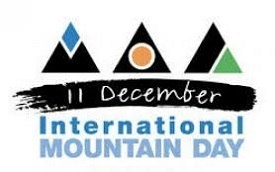 The “International Mountain Day” is observed annually on 11th December to create awareness about the importance of mountains to life, to highlight the opportunities and constraints in mountain development and to build alliances that will bring positive change to mountain peoples and environments around the world.

The day aims to draw attention to the important roles that mountainous regions play in water and food supply. The year 2016 Theme is — "Mountain Cultures: Celebrating diversity and strengthening identity". 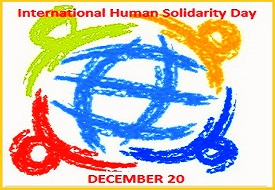 The International Human Solidarity Day is observed every year on December 20th to celebrate unity in diversity. The theme for the year 2016 is "Shared Progress & Prosperity based on global solidarity".

The International Human Solidarity Day aims to celebrate our unity in diversity, remind governments to respect their commitments to international agreements, raise public awareness of the importance of solidarity and encourage new initiatives for poverty eradication. 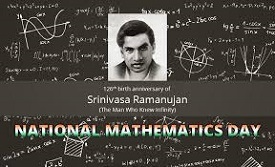 The National Mathematics Day is observed annually on the 22nd December on the birth anniversary of the great Indian Autodidact Mathematician Srinivasa Ramanujan. He was considered as the master of the number theory, infinite series, mathematical analysis and equations without any formal training in pure mathematics.

He had formulated more than 3900 mathematical results and equations. Ramanujan had discovered the smallest number represented as sum of two cubes 1729 which is known as Hardy-Ramanujan number. 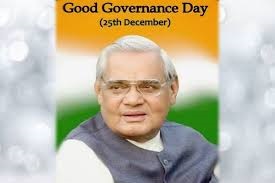 Former Prime Minister Atal Bihari Vajpayee's birthday was observed as Good Governance Day. Good Governance campaign will be launched for 100 days starting 25th December, where Ministers and Members of Parliament will travel across the country and will attend programmes to highlight key initiatives of the Government.

The 45th Nagi Day was celebrated at Nagi, a small village located in Sri Karanpur near International Boundary in Rajasthan, in memory of gallant soldiers of the Indian Army who laid down their lives for the Nation during the famous Battle of Nagi on 27-28 December 1971.

This battle was fought ten days after announcement of the ceasefire of Indo-Pak war. A total of 21 Indian soldiers including three officers made the supreme sacrifice in the line of duty.