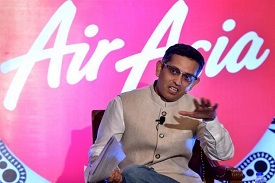 AirAsia has appointed Amar Abrol as its Managing Director in addition to his role as Chief Executive Officer (CEO). He was appointed as the CEO of the Airline in April 2016.

AirAsia India is an Indian low cost carrier. It is a joint venture between the Tata Group and Malaysia’s AirAsia Berhad. The airline was recently in the news for alleged fraudulent transactions worth Rs. 22 crores that took place in their office.

News 2 - Mr. B S Bhullar appointed as the Chief of Directorate General of Civil Aviation 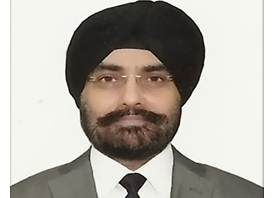 The appointments committee of the Cabinet has appointed Senior Bureaucrat B S Bhullar as the Chief of Aviation Regulator, Directorate General of Civil Aviation (DGCA). He will replace M Sathiyavathy who was named as the new Union Labour Secretary.

Mr. Bhullar is presently working as the Additional Secretary in the Civil Aviation Ministry. He was also holding additional charge of the DGCA. The DGCA is the Indian Governmental Regulatory Body for Civil Aviation under the Ministry of Civil Aviation. 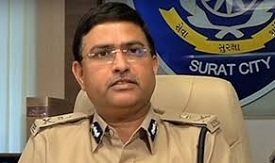 The Union Government has appointed senior IPS officer Rakesh Asthana as the Interim Director of the Central Bureau of Investigation (CBI) following the retirement of Mr. Anil Sinha.

Mr. Rakesh Asthana is a Gujarat-cadre officer of 1984 batch. Mr. Asthana served as the commissioner of police of Vadodara and Surat region. The CBI Director is selected by a group comprising of the Prime Minister, Chief Justice of India and the Leader of the Opposition or the leader of the largest party in opposition in the Lok Sabha. 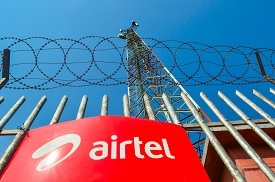 Bharti Airtel has appointed Mr. Sunil Taldar as the CEO & Director for their DTH division. Sunil will be a member of the Airtel Management Board and report to Gopal Vittal, MD & CEO (India & South Asia), Bharti Airtel. He takes over from Shashi Arora who after a successful stint of approximately five years as the CEO of the DTH division has moved as the MD & CEO of the Airtel Payments Bank.

Prior to this, Sunil Taldar was the Country Head – Indonesia for Mondelez (erstwhile Cadbury). He has a rich experience of over 28 years in the FMCG industry.

News 5 - Justice J.S. Khehar to be the next Chief Justice of India 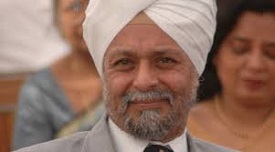 Justice Jagdish Singh Khehar has been recommended as the 44th Chief Justice of India. He will succeed CJI Thakur who will be demitting office on January 3, 2017. Justice Khehar led the five-judge constitution bench in the Supreme Court which had struck down the controversial NJAC Act for the appointment of judges.

He has also headed a bench which had set aside the imposition of the President's Rule in Arunachal Pradesh in January 2016. He was also a part of the bench which sent Sahara Chief Subrata Roy to jail. 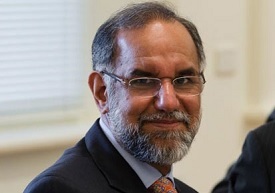 Senior diplomat Navdeep Singh Suri has taken up his appointment as the Ambassador to the United Arab Emirates.

Mr. Suri is a 1983 batch Indian Foreign Service official. Before, this Mr. Suri was serving as the Indian High Commissioner in Canberra. He had earlier served in India’s diplomatic missions in Cairo, Damascus, Washington, Dar es Salaam, London and as India’s Consul General in Johannesburg. He has also headed the West Africa and Public Diplomacy divisions at the Ministry of External Affairs. 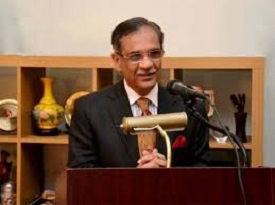 Justice Mian Saqib Nisar has been appointed as the new Chief Justice of Pakistan. He is currently a senior judge of the Supreme Court (SC). He will take charge on December 31st and replace Justice Anwar Zaheer Jamali, who is set to retire on December 30th.

He has also served as the Acting Chief Justice of Pakistan when the incumbent CJP Anwar Zaheer Jamali was on a seven-day official visit to Turkey. 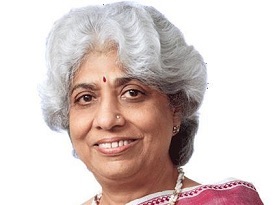 The Board of Directors of the IDFC Bank has approved the appointment of Ms. Veena Mankar as the Non-Executive Chairperson with effect from December 09th, 2016, up to July 26th, 2018.

Ms. Mankar is a banking and financial services professional with expertise in trade and structured finance, financing for MSMEs and microfinance. Ms. Mankar is also a Director on the Board of the Liberty Videocon General Insurance Co. Ltd. She started her career in 1975 with ICICI. 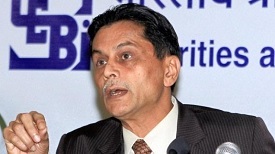 Mr. Bhave was the Chairman of SEBI during the 2008-11 period. Earlier, he was the Chairman and Managing Director of the National Securities Depositories Limited (NSDL). Vistaar Financial Services is a MSME-focused financing firm. It has a loan portfolio size of Rs. 1,000 crores and currently has 198 branches primarily in the rural and semi-urban areas. 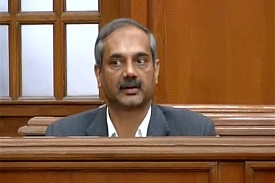 The Appointments Committee of the Cabinet has appointed the Senior IRS Officer Rajendra Kumar as the new Member of the CBDT. He is a 1980-batch Indian Revenue Service officer.

The CBDT is headed by a Chairman and has six members. One member is yet to be appointed. The CBDT is currently led by Chairman Sushil Chandra.

CBDT is the policy making body for the Income Tax Department. It is headquartered in New Delhi. 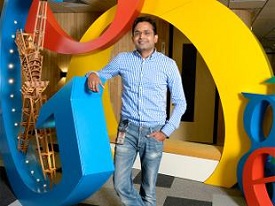 Google India’s Industry head of e-commerce business Pulkit Trivedi has been appointed as the new Industry Director for e-commerce, retail, travel and financial services verticals of Facebook India. Pulkit Trivedi has vast experience in business development and has personalized marketing skills for Indian and multinational technology companies such as Google, Intel, Microsoft, IBM and HCL.

Pulkit Trivedi has received an award as one of the Hottest Young Business Leaders under 40' by Business Today in year 2015.

Mr. VG Kannan has been appointed as the Chief Executive of the Indian Banks’ Association (IBA). He succeeds MV Tanksale who retired from his office on August 9th, 2016.

Mr. Kannan had retired as the Managing Director & Group Executive (Associates & Subsidiaries) of the State Bank of India on July 31st, 2016

IBA is a self-regulatory organisation of banks and has 237 members with an aim to promote and develop sound and progressive banking principles, practices and conventions in India.

News 13 - Rajiv Jain named as the next Director of IB, AK Dhasmana to head RAW 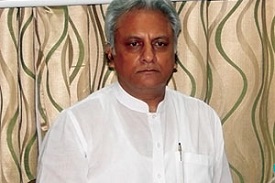 The Appointments Committee of the Cabinet has approved the appointment of Rajiv Jain as the Director of Intelligence Bureau and AK Dhasmana as the Secretary, Research and Analysis Wing (R&AW) for a period of two years.

News 14 - Lt Gen Bipin Rawat to be the next Indian Army Chief; B.S Dhanoa to be the IAF Chief 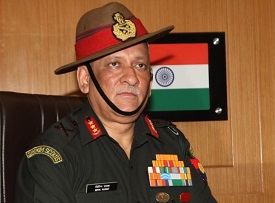 Lt. Gen Rawat will replace General Dalbir Singh. Lt. Gen Rawat has tremendous hands on experience of serving in the combat areas and at various functional levels in the Indian Army over the last three decades.

Air Marshal Dhanoa, who will replace Chief of Air Staff Air Chief Marshal Arup Raha, was commissioned into the fighter stream of the Air Force in June 1978. 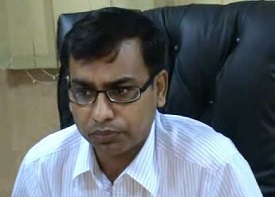 Mr. P K Agarwal will continue functioning as the additional CEO of the Noida Authority. 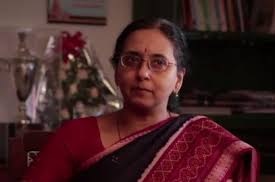 IAS officer Girija Vaidyanathan has been appointed as the new Chief Secretary of Tamil Nadu replacing P. Rama Mohana Rao, whose residence and the properties of his close associates were raided by the Income Tax authorities. Mr. Rao ascended to the top most position in the state official hierarchy.

Ms. Girija Vaidyanathan will hold additional charge as the Vigilance Commissioner and Commissioner for Administrative Reforms. She has served the state administration in various capacities for long.

News 17 - Lt. Gen. Vinod Vashisht takes over as the DG of the NCC 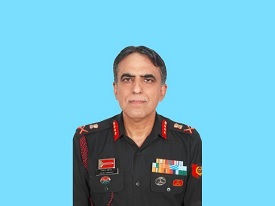 Lt. Gen. Vinod Vashisht took over the reins of the National Cadet Corps (NCC) as its Director General. He succeeded Lt Gen A. Chakravarty, who retired on the 31st August 2016.

He has held various staff and command appointments and has been awarded with COAS & GOC-in-C Central Command Commendation, VSM & Bar for distinguished service in command and staff assignments. He was the Commandant, Officers Training Academy, Gaya prior to the current assignment.

News 18 - Viral Acharya appointed as the Deputy Governor of RBI 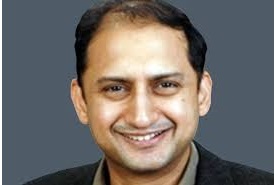 The Government has appointed Viral Acharya as the new Deputy Governor of the Reserve Bank of India for a 3-year term. He will join RBI on January 20. He will look after the Monetary Policy and Research cluster.

Prior to his appointment, he has been serving as CV Starr professor of economics at the New York University Stern School of Business since 2008. Recently, he was awarded the ‘Rising Star in Finance Award’.

News 19 - Former IAS officer Anil Baijal to be the next Lt. Governor of Delhi 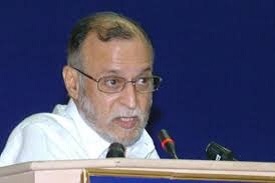 Former home secretary Anil Baijal has been appointed as the next Lieutenant Governor (L-G) of Delhi. Baijal is a 1969 batch IAS officer. He had retired from service in 2006 as Secretary, Urban Development Ministry. He is a former vice chairman of Delhi Development Authority.

He has served as secretary general of the Federation of Indian Airlines and as chief executive officer of Prasar Bharati. Delhi's former Lt. Governor Najeeb Jung had resigned on December 22 2016, 18 months before the end of his tenure. 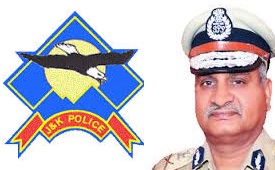 The Jammu and Kashmir Cabinet has cleared the appointment of 1986 batch IPS officer Dr. Shesh Pal Vaid, Special DG, Coordination and Law and Order, as new Director General of Police.

He will succeed DGP K Rajendra, whose extended term of service ended on 24th December, 2016. Mr. Vaid will hold office till October, 2019. He is the second officer from Jammu to have risen to the post of Director General of Police after MM Khajuria who held the position in 1985.