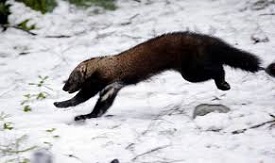 A weasel-like mammal (fisher) was recently spotted in the thick forest of Mount Rainier National Park, Washington. It had been missing for around 70 years. Ten Pacific fishers were set free at the park. Fishers were listed as state endangered species in 1998.

The fisher is a small carnivorous mammal native to North America. It is a member of the weasel family. Fishers have been trapped since the 18th century for their fur. 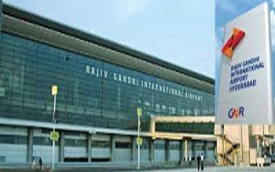 The Airport Carbon Accreditation program is an industry standard for assessment of airports' efforts to manage and reduce carbon emissions. 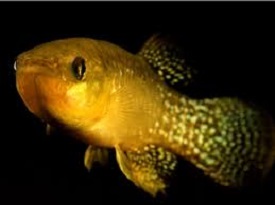 Atlantic Killifish adaptable to environmental change has evolved to be 8,000 times more adaptable to toxic waste as compared to normal fish. Scientists have found that Killifish lives in the highly polluted East Coast Estuaries of the USA. As per the ecologists, fish acts as an indicator species in polluted environments.

The Killifish’s advantage is the diversity of its genes, allowing them to survive the radically change of mutations and live in polluted sites have been contaminated by a mixture of industrial plants. 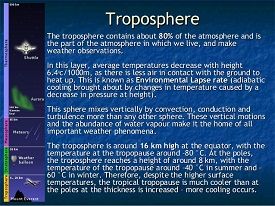 German researchers have found a presence of ammonia in the Troposphere, the lowest atmospheric layer of Earth. These findings were based on analyzed satellite data collected from various parts of the troposphere between June 2002 to April 2012. Agricultural emissions from livestock farming and fertilization released ammonia into the atmosphere, which finally ends up into the monsoon as the NH3 creates a cooling effect.

The ammonia concentration was up to 33 pptv above Southeast China and North India. It has been assumed by Scientists that ammonia may help to mitigate the effects of global warming. 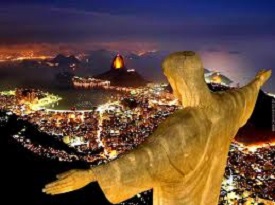 The city is nicknamed the Marvelous City. The city of Rio de Janeiro lies in the narrow strip of alluvial plain between Guanabara Bay and the Atlantic Ocean.

The development of the city of Rio de Janeiro has been shaped by a creative fusion between nature and culture. 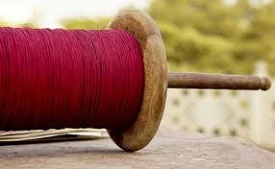 The National Green Tribunal imposed an interim nationwide ban on use of glass-coated “Manja” for flying kites as the sharp string poses a danger to humans, animals and birds. The bench was headed by NGT Chairperson Swatanter Kumar.

The order came in response to a petition by People for the Ethical Treatment of Animals - India, which called for a nationwide ban on all kinds of sharp kite strings. 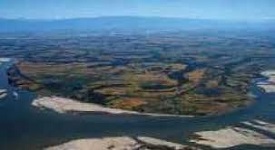 The State Government of Assam has launched ‘Sustainable Action for Climate Resilient Development in Majuli’ (SACReD, Majuli) to make the river island of Majuli as the country’s first ever Carbon Neutral district by 2020.

This project has been initiated by Assam’s Department of Environment and Forest to combat climate change and reduce greenhouse gas emissions. SACReD, Majuli project is part of the French Development Agency assisted Assam Project on Forest and Biodiversity Conservation (APFBC).

News 8 - Huge “Dead Zone” discovered in the Bay of Bengal 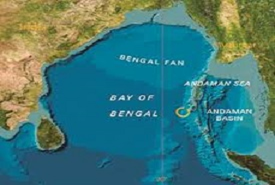 Scientists have discovered a huge ‘Dead Zone’ of an estimated 60,000 square kilometers in the Bay of Bengal. A dead zone is an area that contains little or no oxygen and supports microbial processes that remove vast amount of nitrogen from the ocean. The study was published in Nature Geosciences.

These Dead Zones are popular off the western coasts of North and South America, off the coast of Namibia and off the west coast of India in the Arabian Sea. 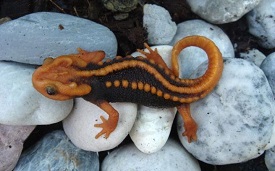 A report by the World Wildlife Fund (WWF) revealed that scientists have discovered 163 new species (3 mammal’s species, 9 amphibians, 11 fish, 14 reptiles and 143 plants) in the Greater Mekong region of the Southeast Asia. These species were discovered in Cambodia, Laos, Vietnam, Myanmar and Thailand.

These discoveries included a rainbow-headed snake, a three-centimeter long frog, a gecko etc. The Greater Mekong is home to some of the world's most endangered species.