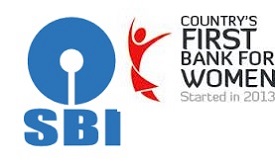 The business of BMBL, including its assets and liabilities, will be acquired by SBI through amalgamation. Post-merger of these six entities, including the BMBL, SBI will have a network of more than 24,000 branches, 2,70,000 employees and total assets of Rs. 30 lakh crores. 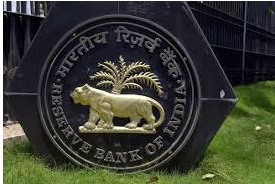 RBI has raised the ceiling for market stabilization scheme or MSS 20 times to Rs. 6 lakh crores from Rs. 30,000 crores to mop up extra liquidity from the system in view of demonetization.

MSS is a tool to drain out excess liquidity from the system through issue of Treasury Bills and government dated stocks. MSS bonds has fixed tenures and are interest bearing. RBI auctioned the 28-day Cash Management Bills (CMB) of Government of India worth Rs. 20,000 crores. 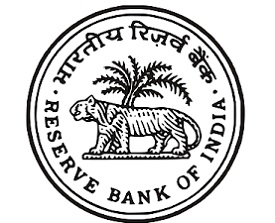 The Reserve Bank of India (RBI) released the fifth Bi-monthly Monetary Policy Statement 2016-17. The six-member Monetary Policy Committee (MPC) led by RBI governor Urjit Patel, kept the benchmark repo rate unchanged at 6.25% and reverse repo at 5.75%. The RBI left cash reserve ratio (CRR) unchanged at 4% but said it will withdraw the temporary 100% hike in the CRR.

News 4 - RBI relaxed norms for online card transactions of up to Rs. 2000 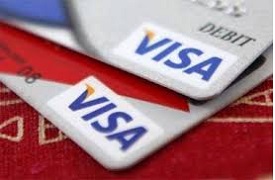 The RBI has relaxed norms for additional factor of authentication (AFA) for payments up to Rs. 2,000 for online CNP (card not present) transactions to speed up small value online transactions.

Only authorized card networks will provide such payment authentication solutions with participation of card issuing and acquiring banks. Registered customers will not be required to re-enter the card details for every transaction at merchant locations that offer this solution and thereby save time and effort. 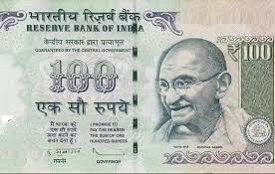 The old Rs 100 notes will continue as legal tender. The new note will have the year of printing '2016' printed on the reverse of the banknote. 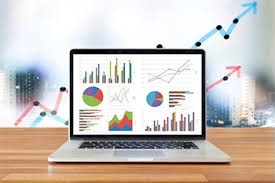 The Reserve Bank has authorized the Receivables Exchange of India (RXIL) to launch the country's first trade receivables exchange platform for MSMEs, buyers and financiers. The RBI gave its nod on December 1st.

RXIL is promoted by SIDBI and NSE. It also has SBI, ICICI Bank, Yes Bank, SBI Caps, and ICICI Securities as other investors. The objective of the TReDS is to facilitate financing of invoices / bills of MSMEs drawn on corporate buyers by way of discounting by financiers. 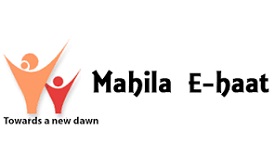 The Ministry of Women and Child Development has tied up with India Post and State Bank of India to offer more payment options to buyers and simplify shipping of products bought from "Mahila-E-Haat". It is an online marketing platform for women entrepreneurs. 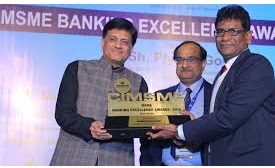 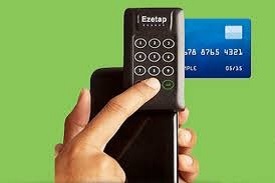 The National Bank for Agriculture and Rural Development (NABARD) will extend about Rs. 120 crore to banks for deployment of two point-of-sale (PoS) terminals each in one lakh villages with a population of up to 10,000 to facilitate more cashless transactions in rural India.

NABARD will also support the procurement of EMV chip and PIN-Based RuPay Kisan Cards by both regional rural banks and the rural cooperative banks at an approximate expenditure of Rs. 108 crores covering around 4.32 crore KCC holders.

News 10 - About 25.68 crore accounts opened across the country till 23rd November under the Pradhan Mantri Jan Dhan Yojana (PMJDY) 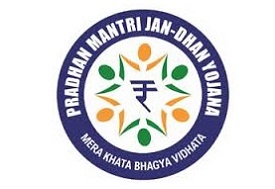 Under the Pradhan Mantri Jan Dhan Yojana (PMJDY), 25.68 crore accounts have been opened across the country till 23rd November.

As on 2nd December, 1675 claims under RuPay card linked accidental insurance cover of Rs. 1.00 lakh have been received, out of which 1649 claims have been disposed off. 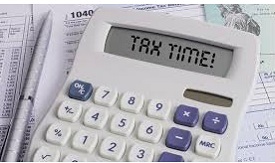 The Government has introduced equalization levy of 6% on online advertisers. The Finance Act, 2016 had inserted a separate Chapter VIII titled ‘Equalization Levy’ to tap tax on income accruing to foreign e-commerce companies from India. A person making payment exceeding in aggregate 1 lakh rupees in a year, to a non-resident, who does not have a permanent establishment in India, as consideration for online advertisement, will withhold tax at 6% of gross amount paid, as Equalization levy with effect from 1st June, 2016. Further the levy will only apply to Business to Business transactions.

The revenue accrued for the Government exchequer through the equalization levy amounts to 146.5 Crore rupees from 1st June 2016 to 3rd December 2016.

News 12 - ‘Each one, teach one’ program launched by PayTM to increase digital inclusion 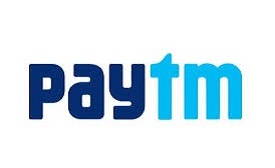 Paytm has launched a program, "Each one, teach one", to increase the digital inclusion in the country. PayTM has urged consumers as well as merchants to teach others on how to use PayTM to pay and accept money.

PayTM has also announced an incentive including a Rs. 1 crore grand prize along with additional prizes for users transacting between 1st December 2016 and 31st March 2017. The company has also announced Rs. 2100 in scholarship for 10,000 users. 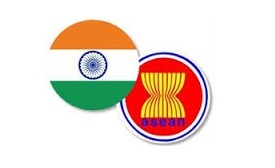 India and ASEAN have set a target of trading at 100 billion dollars to be achieved by year 2020. Currently the trade between ASEAN and India is 57 billion dollars. 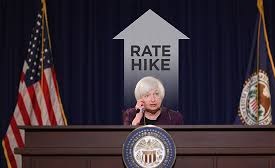 The US Federal Reserve has raised its benchmark interest rate by 0.25%. This is the second increase in a decade and first in 2016. The Central Bank voted unanimously to raise the key rate to a range of 0.5% to 0.75%, citing a stronger economic growth and rising employment.

The Chairman of the Federal Reserve System Board, Janet Yellen said that the increase in the federal funds rate is appropriate considering the progress the country has seen toward the goals of maximum employment and 2% inflation. 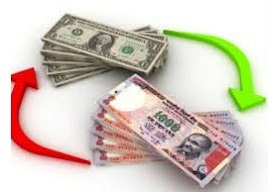 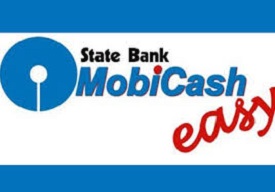 It also works with any normal feature based phone. The special feature of MobiCash is that users can deposit cash with BSNL retail outlets and can also withdraw cash from his/her account. This feature is unique with MobiCash and is not available with any of the Mobile wallets available in India at present. 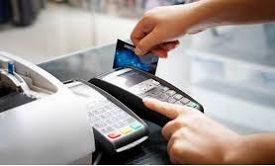 To incentivize greater adoption of digital payment methods, the Reserve Bank of India has asked banks and prepaid payment instrument issuing entities not to levy any charges for transactions up to 1000 rupees that are settled using Immediate Payment Service, USSD based *99# and Unified Payment Interface systems. 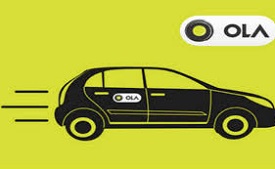 The Yes Bank Limited in union with app-cab service provider Ola will deliver cash at doorstep. Ola customers while booking a ride can opt for ‘cash at their doorsteps’ facility that will be enabled using Point-of-Sale machines, powered by YES Bank, where one can swipe their debit cards to withdraw an amount of up to ₹2,000 per card.

This service has been made available across 10 cities Mumbai, Delhi, Bengaluru, Chennai, Pune, Kolkata, Chandigarh, Ahmedabad, Hyderabad and Jaipur. 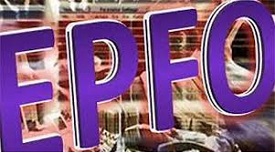 The Employees Provident Fund Organisation lowered the interest rate on provident fund deposits to 8.65% for the current fiscal, from 8.8% in 2015-16.

The interest income from PF investments for 2016-17 has been estimated mainly based on the interest income received or receivable in this financial year, including surplus from previous year of 410 crore rupees. Roughly 17 crore subscribers’ accounts will be updated with this interest rate upon acceptance by the Government. 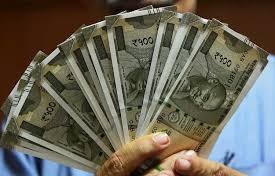 The Reserve Bank of India will shortly issue new 500-rupee bank notes in the Mahatma Gandhi New series with the inset letter E having star mark in the number panel.

This bank note will bear the signature of RBI Governor Dr. Urjit R. Patel, year of printing 2016 and Swachh Bahrat Logo. The packets containing these notes will have 100 pieces as usual but not in serial order. The star banknotes in the denomination of 10, 20, 50 and 100 are already in circulation. 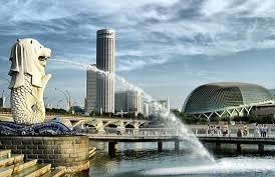 As per the data from the Department of Industrial Policy and Promotion (DIPP), Singapore has topped the list as the top source of Foreign Direct Investment (FDI) into India during the first half of the current financial year, while Mauritius was second and Netherlands was the third in the list. 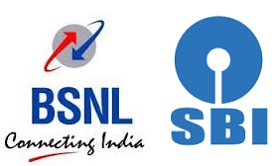 Bharat Sanchar Nigam Limited, BSNL, will soon launch a mobile app with SBI to facilitate cashless transactions in Assam. The app will help people, even in remote areas in digital banking.

BSNL has deputed senior officials at seven zones to provide necessary help to banks after demonetization. It is providing networking and high speed mobile services in interior areas as per the requirement of bank. BSNL is also helping in opening of ATMs in tea garden areas by providing media connectivity. 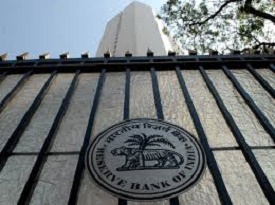 The Reserve Bank of India imposed penalty on five foreign banks for violation of its instructions on reporting requirements of the FEMA.

Deutsche Bank, Standard Chartered Bank, Bank of America, Bank of Tokyo Mitsubishi and The Royal Bank of Scotland are those five banks. Deutsche Bank was slapped Rs. 20,000 as fine while the other four banks were slapped with Rs. 10,000 each as fine. The penalties were imposed in exercise of the powers vested in the Reserve Bank under the provisions of Section 11(3) of FEMA 1999.

The Bank of Baroda has become the first Indian company to sign up as a National Supporter for the FIFA U-17 World Cup India 2017. It is the first FIFA event to be hosted in the subcontinent.

Bank of Baroda has thus claimed the first of six National Supporter slots for the FIFA U-17 World Cup India 2017. The tournament will be held from 6 to 28 October 2017. The event will see participation from 24 countries and matches will be played at six different venues. 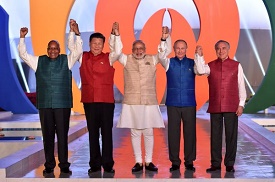 The New Development Bank set up by the BRICS which is called as the BRICS bank has approved a 525-million-yuan loan for a solar power project to China. Shanghai Lingang Distributed Solar Power Project is a solar photovoltaic power plant with a total capacity of 100 MW to be built in Lingang Industrial Area of Shanghai.

The NDB, headquartered in Shanghai, has earlier given nod to loans amounting to $900 million to green projects in each member state.

ICICI Bank has launched a EazyPay mobile application for merchants that allows consolidation of all modes of payments.

Eazypay is a one-stop solution for all merchants to collect payments from their customers. It is a mobile based application which allows merchants to quickly raise an invoice and their customers can pay them immediately through any convenient payment mode – Unified Payment Interface (UPI), Credit Card, Debit Card, Internet Banking or Pockets wallet. With this, ICICI Bank became first bank in the country to roll out all-inone payments platform.

AU Financiers (India) Ltd received the final licence from the Reserve Bank of India (RBI) to start a small finance bank. It is a Jaipurbased NBFC.

AU Financiers has operations in 10 states with 300 branches and finances commercial and personal vehicle loans, as well as caters to micro, small and medium enterprises. 10 entities had received in-principle approval from the RBI to start small finance bank.

Bank of Maharashtra has adopted the village of Malangaon, in Sangli district, Maharashtra to make it a completely cashless village. The village is located 3.5kms away from Shirdoh branch of the bank.

All the villagers were enrolled through Aadhaar linked bank accounts to enable them to make payments digitally instead of cash. Further the bank also conducted various educational initiatives in the village to create awareness among people about the various channels of digital payments. 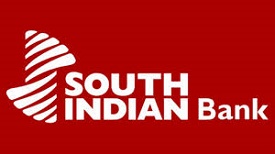 SIB Mirror+ equips the customers to perform almost all banking transactions from their smart phones. The app comes with selfregistration facility for ease of activation and utilises NEFT facility for interbank fund transfers. The innovative feature ‘Social Money’ allows customers to transfer money from and to their friends through social media channels like Facebook and WhatsApp. 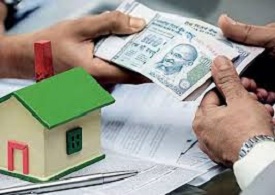 So, borrowers together get 90 days from getting the account classified under non-performing asset (NPA) category.