Tamil Nadu Chief Minister Jayalalithaa passed away at the age of 68 years after suffering a cardiac arrest.

She was one of India's most powerful and popular politicians. She began her career as an actress and acted in more than 100 films in Tamil, Telugu, Hindi and Kannada. She paired with MGR in about 28 films to become the most successful onscreen couple of all time with the masses. Jayalalithaa joined the AIADMK in 1982. The first American astronaut to orbit Earth passed away at the age of 95 years. He was best known for circling the earth in 1962. Glenn circled the world three times on board the Mercury capsule "Friendship 7" before splashing down in the Atlantic Ocean on Feb. 20, 1962.

He also became the oldest person, worldwide, to fly into space when he returned to orbit aboard the space shuttle Discovery at the age of 77 years. Glenn served as an advisor to NASA until 1964. Veteran journalist, political analyst and theatre personality, Cho Ramaswamy, passed away at the age of 82 years.

He was the editor of Thuglak, a Tamil magazine known for its withering satire and fearless criticism of political figures. He served as an MP from 1999 to 2005.

He was also the winner of the B.D. Goenka award for excellence in journalism. He also acted in 180 movies, scripted 14 and directed four films. 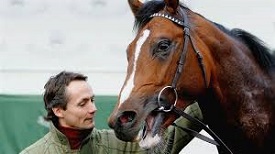 Derby-winning rider and perfect horse trainer Walter Swinburn passed away at the age of 55 years. He was just 19 when he rode the Michael Stoute-trained Shergar to a record 10-length terrific win in the 1981 Epsom Derby and created history. He had also won Aga Khan Cup. He won 10 consecutive Ryder Cups from 1955-1973.

He was famously known as Choirboy. Some other famous horse riders paid tribute to him on his obituary. 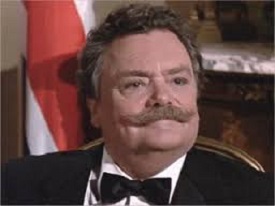 Actor Bernard Fox, best known for his roles on the ABC Series Bewitched and James Cameron’s Oscar-winning picture “Titanic”, passed away at the age of 89 years.

He enacted the most famous role of Dr. Bombay, the witch doctor on “Bewitched”. He also acted in popular movies like "The Mummy" and "Titanic".

He also made appearances in British films and on television. He had 30 film credits from 1956-2004. 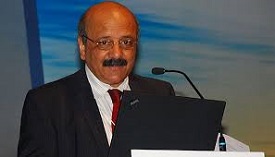 Former member of the Planning Commission and veteran economist Saumitra Chaudhuri passed away due to lung cancer. He had the experience of working with important Government Committees and was on board of many high-level panels of the Government.

Mr. Chaudhuri was an eminent Economic Advisor and Research coordinator with the ICRA Limited and was associated with the Steel Authority of India Ltd and the State Bank of India. He had over 25 monographs and papers spanning issues of industry, regional development and fiscal policy. 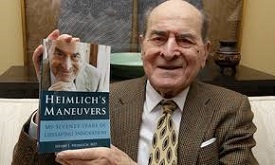 Dr. Henry Heimlich who created the life-saving Heimlich Maneuver for choking victims, passed away at the age of 96 years after suffering a massive heart attack.

The Heimlich Maneuver saves a choking victim with a bear hug and abdominal thrusts to eject a throat obstruction. Heimlich also released his autobiography, "Heimlich's Maneuvers," and recounted how his technique was promoted to global fame starting in August 1974. Veteran Malayalam actor K. N. Jagannatha Varma passed away at the age of 77 years. Varma was in the Kerala Police force and had retired as the Superintendent of Police.

His well-known films include New Delhi, Lelam, Pathram, Nakshatrangale Sakshi, Sughamo Devi, Ee Thanuthe Veluppan Kalathu and No. 20 Madras Mail. He went on to do memorable roles in over 500 films. He was also a Kathakali artist. Mr. Dinanath Bhargava, a co-artist in the team that sketched the National Emblem 'Lion Capital of Ashoka' and decorated the pages of the Constitution's manuscript, died at the age of 89 years in Indore.

Bhargava was chosen by noted painter Nandlal Bose, then the Principal of Kala Bhavan Shanti Niketan, in the group for designing the pages of the Indian Constitution's manuscript. The national emblem of India was adapted by the Government of India on the 26th January 1950. 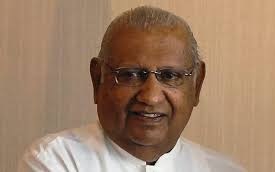 Former Sri Lankan Prime Minister Ratnasiri Wickremanayake passed away at the age of 83 years. He had served as a Prime Minister during Mahinda Rajapaksa’s term as President from 2005 to 2010.

Wickremanayake had earlier held the post from August 2000 to December 2001. He was a member of the Sri Lanka Freedom Party for more than 60 years. Wickremanayake entered politics in 1960. In 1970, he was appointed Deputy Minister, Justice, and went on to be the General Secretary of the SLFP in 1977. 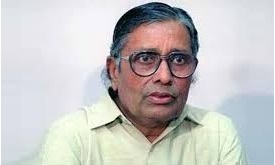 Former Madhya Pradesh Chief Minister Sunderlal Patwa passed away at the age of 92 years. died after suffering a cardiac arrest.

Mr. Patwa was a two-time Chief Minister of Madhya Pradesh. He was also elected to the Lok Sabha from Chhindwara in 1997. He also served as a minister in the then Prime Minister Atal Bihari Vajpayee's Government. He took part in RSS movements. He went on to head the state unit of the BJP in 1996. 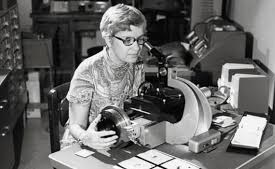 Transformer of Modern Physics and Astronomy, Vera Rubin, passed away at the age of 88 years. She helped find powerful evidence of the dark matter.

Rubin is the second female astronomer to be elected to the National Academy of Sciences. She also received the National Medal of Science from President Bill Clinton in 1993 “for her pioneering research programs in observational cosmology”. Rubin examined more than 200 galaxies in her career.