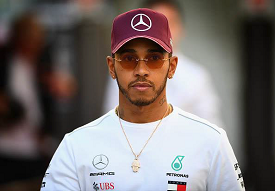 Charles Leclerc was finished at the third position and became Ferrari’s youngest ever race winner at the age of 21. 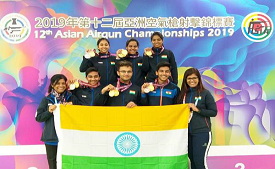 Indian shooters continued their dominance claiming five gold medals on the final day of the Asian Airgun Championships to sign off with a total of 25 medals in Taoyuan, Taipei. 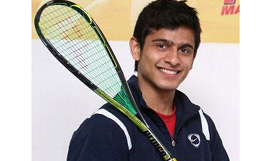 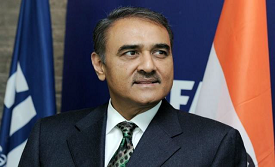 Praful Patel, president of All India Football Federation (AIFF), has become the first Indian to be elected as a member of FIFA Executive Council.

Patel, who serves as a Senior Vice President at the Asian Football Confederation (AFC), was one of the eight candidates vying for the spot in the election, which was held during the 29th AFC Congress in Kuala Lampur in Malaysia. 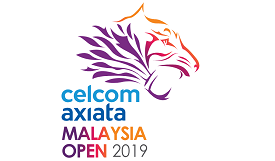 The 2019 Malaysia Open, officially the CELCOM AXIATA Malaysia Open 2019, is a badminton tournament which takes place at Axiata Arena in Malaysia.

The 54-year-old will join the team in Bengaluru shortly for the on-going National Camp at Sports Authority of India. 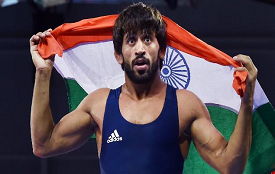 India's Bajrang Punia has regained the world number one spot in the men's 65-kilogramfreestyle category rankings. The rankings were released by United World Wrestling. Punia, who won Gold in the Asian Games and Commonwealth Games as well as a silver in the World Championships in 2018, secured 58 points ahead of Akhmed Chakaev of Russia. The 2019 Singapore Open, was a badminton tournament which took place at Singapore Indoor Stadium in Singapore and had a total purse of $355,000.

Below is the complete list of Winners of Singapore Open 2019 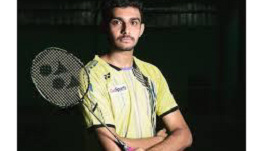 Former junior national champion Harsheel Dani rallied from a game down against Mads Christophersen of Denmark to clinch the Dutch International badminton title in The Hague, Netherlands. 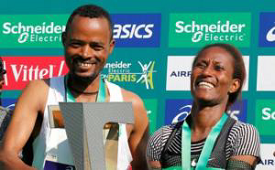 They led a record 60,000 participants to the finish line through the French capital. Milaw won the men’s race with a time of 2 hours: 07 minutes and: 50 seconds. Burka was the fastest woman with 2 hours: 22 minutes and: 48 seconds. 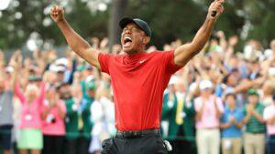 Famous Golfer Tiger Woods completed one of the sport's great all-time comebacks to end an 11-year major title drought at the Masters by claiming a fifth Green Jacket. 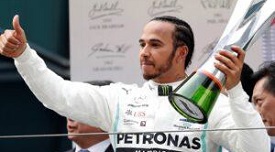 He seized the overall lead from his Mercedes teammate Valtteri Bottas in Formula One’s 1,000th world championship race. The comfortable win was the 75th of Hamilton’s career, and second in a row. 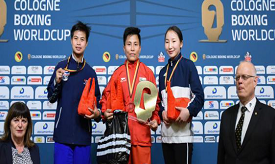 India bagged a Gold and two Silver medals at the Boxing World Cup at Cologne in Germany. Meena Kumari Maisnam (from Manipur) claimed the Gold medal in the 54 kg category.

The 2014 Asian Championships bronze medallist defeated Thailand’s Machai Bunyanut in the final. Sakshi in 57 kgs and Pwilao Basumatary in 64 kgs had to settle for Silver medals after they lost their final bouts. India finished the tournament with five medals. 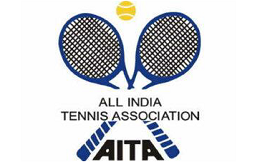 Both the federations have also agreed to work on the education of officials, coaches and physical trainers and their exchange for tournaments. 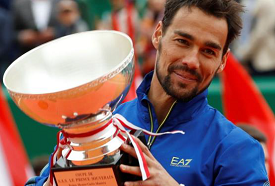 Fabio Fognini achieved this feat at the Monte Carlo Masters by defeating Dusan Lajovic 6-3, 6-4 in one hour and 38 minutes. Fognini will rise to a career-high ranking of 12. Fognini had beaten Rafael Nadal in the semi-final. Fognini earns 1000 ATP Rankings points and receives €958,055 in prize money.

Lajovic gains 600 points and €484,950 for his run to the championship match. Last time an Italian player Nicola Pietrangeli won the trophy in 1968. This event held every year at Monte Carlo Country Club. Fognini is the eighth player to win his first Masters 1000 title over the past 17 events at the elite level. In the 92 ATP Masters 1000 events prior to 2017 Rome, only eight players won their first Masters 1000 crown. 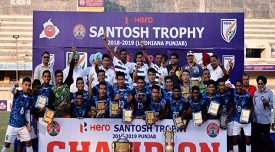 Services won their sixth Santosh Trophy title with a 1-0 victory over Punjab, at Ludhiana. In the semi-finals earlier, eight-time champions Punjab had defeated five-time winners Goa 2-1 to enter their 15th final. Services beat Karnataka 4-3 in the semis via a penalty shootout to book a place in the title clash for the 11th time. The 2018–19 Santosh Trophy was the 73rd edition. About Santosh Trophy: It is an Indian football tournament in which the states of the country along with some government institutions participate. This is held annually since 1941. 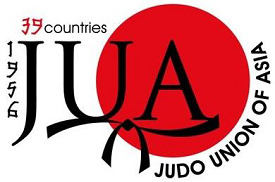 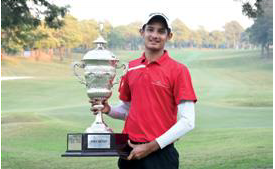 Gurgaon boy Saurav Rathi hit an impressive 5 under 66 on Day 4 of the IGU Maharashtra junior boys golf championship 2019 held at the Poona Golf Course in Yerwada to lift the category A (16 to18 years) and category B (13 to 15 years) titles with a four-day score of 3 under 281. The leader Aryan Roopa Anand, a phenomenal return on the front 9 saw him close the deficit before carrying his momentum on the back 9 to ensure he had his hands on the title at the end. The unions highlighted that a section of employees. A total of 97 students played in the event with 21 kids participating from 11 Salwan Schools in Delhi NCR. 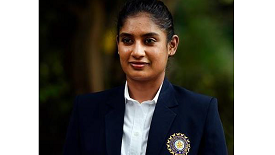 Indian women's cricket team captain Mithali Raj has been named the goodwill ambassador of Team India at the Street Child Cricket World Cup (SCCWC). She, alongside Saurav Ganguly and Rajasthan Royals, joins in supporting the team as they gear up for the final match at Lords, just ahead of the ICC Cricket World Cup in May this year.

The Street Child Cricket World Cup 2019 is the first cricket world cup for street-connected children. The tournament is being organised by Street Child United (SCU), a UK based organisation, which has a legacy of holding street child tournaments around major sporting festivals like FIFA World Cup in South Africa, Olympics in Brazil, FIFA World Cup Russia and more. 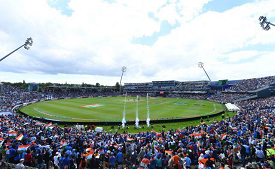 International Cricket Council (ICC) Cricket for Good in partnership with UNICEF announced #OneDay4Children, a tournament-wide campaign focused on bringing the world of cricket together as one team to help build a better world for every child, at the 2019 World Cup. The campaign was launched by Former England batsman and #OneDay4Children ambassador Nasser Hussain along with all-rounder Chris Woakes. There will be #OneDay4Children (#OD4C) activity throughout all 48 matches of the event. England and India will sport special one-off #OD4C branded kit on June 30 at Edgbaston. The money raised will support UNICEF's work in cricket playing nations to help children learn to play and be healthy. 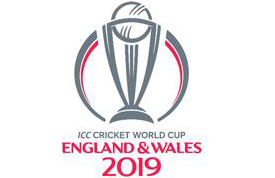 Board of Control for Cricket in India (BCCI) announced India's 15-member squad for 2019 Cricket World Cup, which will take place in England and Wales from May 30 to July 14. Virat Kohli, who led India to Under-19 World Cup victory in 2008, will lead the senior team in World Cup for the first time. Rohit Sharma has been appointed as Vice-Captain. The team included Dinesh?Karthik as the second wicket-keeper besides MS?Dhoni. MS Dhoni will feature in his fourth World Cup. Vijay?Shankar was included in the squad as an all-rounder along with Hardik Pandya, Ravindra Jadeja and Kedar Jadhav. 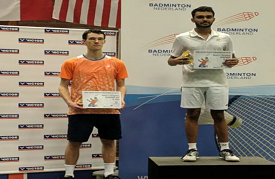 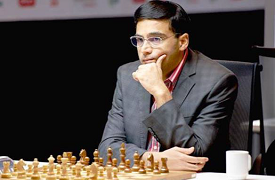 Viswanathan Anand secured 5th place in the Shamkir Chess 2019 tournament, Shamkir, Azerbaijan. He drew with Veselin Topalov in the ninth round to finish fourth with 4.5 points, the same as Alexander Grischuk and Teimour Radjabov. However, Anand was placed fifth in the rankings behind Magnus Carlsen, Ding Liren, Sergey Karjakin, and Grischuk.

The results (ninth round) are as follows: 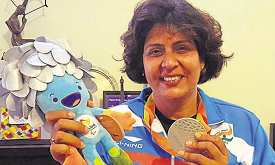 Rio Paralympics silver medallist Deepa Malik was named as the recipient of the New Zealand Prime Minister’s Sir Edmund Hillary Fellowship for 2019 in recognition of her “inspiring achievements“. She became the first Indian woman to win a medal at the Paralympic Games when she bagged a silver in shot put F 53 at the Rio Paralympics in 2016, scoring her personal best of 4.61m.

Her tally of laurels stands at 58 national and 23 international medals. She is also the recipient of India’s civilian honour Padma Shri and the prestigious Arjuna Award for excellence in sports. Deepa has entered the Limca Book of World Records four times. 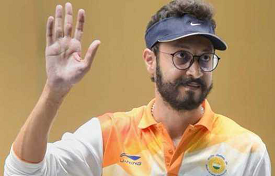 Abhishek Verma won the 10m air pistol gold medal at the ISSF World Cup at Beijing, China. He clinched the top spot with a total score of 242.7. 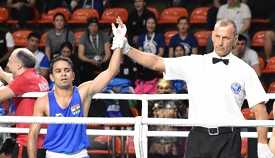 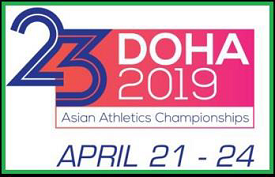