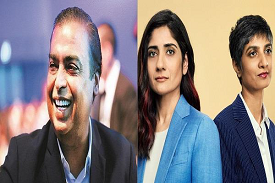 Mukesh Ambani: He is Chairman and largest shareholder of Reliance Industries Limited (RIL), a Fortune Global 500 company. It is most valuable Indian company in terms of its market value.