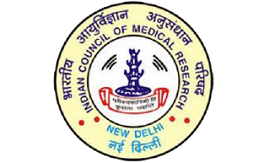 The Indian Council of Medical Research has launched the ‘Malaria Elimination Research Alliance (MERA) India which is a conglomeration of partners working on malaria control in order to eliminate the disease from India by 2030.

The National Vector Borne Diseases Control Program (NVBDCP) of India has also developed a comprehensive framework to achieve the target of “Malaria free India by 2030”.

The headquarters of ICMR is in New Delhi. 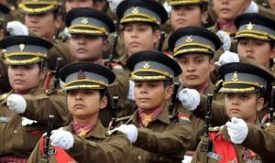 The Indian Army has started the process of inducting women as jawans by starting their online registration for recruitment in the corps of military police.

They were being inducted only as officers and this is the first time they would be taken in as soldiers.

The Ministry of AYUSH inked a Memorandum of Understanding (MoU) with Council of Scientific and Industrial Research (CSIR) for cooperation in research and education in areas of traditional systems of medicine and its integration with modern science. 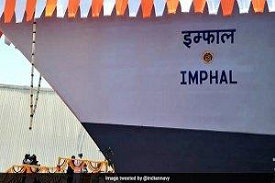 It is the third ship under Project 15B. The first ship of this project, a guided missile destroyer INS Visakhapatnam, was launched on in April 2015. 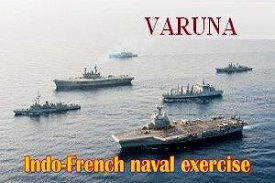 India and France will conduct their largest ever naval exercise 'Varuna' in May 2019. It will witness the participation of aircraft carriers, destroyers, submarines, and fighters.

6 - INS Kolkata, Shakti To Participate In IFR In China 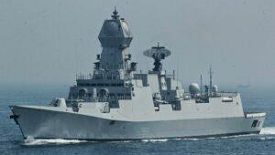 The Indian Navy will participate in International Fleet Review (IFR) that is scheduled to take place in Qingdao, China as part of 70th Anniversary celebrations of People's Liberation Army Navy (PLA Navy). 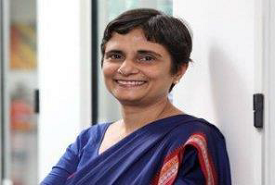 Professor Gagandeep Kang has become the first Indian female scientist to be elected as a Fellow of the Royal Society (FRS) in the UK fellowship's 358-year-history.

The 56-year-old is the Executive Director of Translational Health Science and Technology Institute at Faridabad. Other notable FRS inducted in 2019 include Fields Medal-winning mathematicians Akshay Venkatesh and Manjul Bhargava. 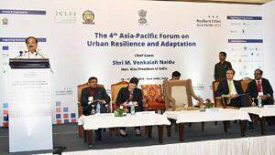 The Resilient Cities Asia-Pacific (RCAP) 2019 Congress is being organised by ICLEI – Local Governments for Sustainability and hosted by South Delhi Municipal Corporation in New Delhi, India.

The event offered a combination of high-level plenaries and technical sessions on the implementation and achievement of the Sustainable Development Goals, the Nationally Determined Contributions (NDCs), and the New Urban Agenda of 2016. 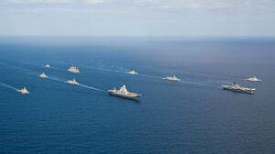 The Indian Navy undertook the second edition of the bilateral maritime exercise between the Indian Navy and Vietnam Peoples’ Navy, (IN – VPN BILAT EX) at/ off Cam Ranh Bay, Vietnam.

The exercise was undertaken as a part of the ongoing Overseas Deployment of Eastern Fleet ships to South East Asian countries. 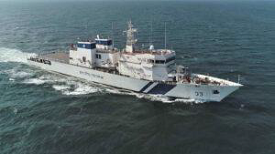 Veera, third in the series of offshore patrol vessels of the Coast Guard, was built by L&Tat its shipbuilding facility at Kattupalli in Chennai. 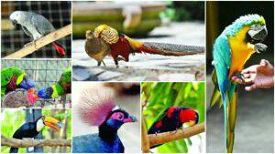 The Park is spread over 1.4 acres of land and surrounded by flora and fauna. It is home to over 500 exotic birds from more than 60 species of flying, terrestrial and aquatic birds and has 200 species of special plants and trees for the birds. 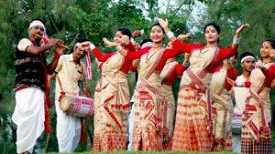 Assam’s most awaited festival – the Rongali Bihu, also known as ‘Bohaag Bihu’ which marks the beginning of the new Assamese calendar year started.

In Assam, three Bihu festivals are celebrated in a year called as Rongali Bihu or Bohag Bihu, Bhugali (Magh Bihu) and Kangali (Kati Bihu) for marking the distinctive phase in the farming calendar.

The 8th edition of Home Expo India 2019 opened at India Expo Centre and Mart, Greater Noida. The three-day exhibition has been organized by the Export Promotion Council for Handicrafts (EPCH).

The missile has been developed by Bengaluru-based Aeronautical Development Establishment (ADE), a lab under DRDO and can be launched from multiple platforms. 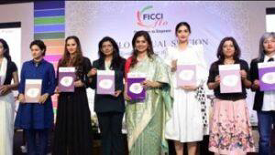 Bharti Airtel and the FICCI Ladies Organisation (FLO, the women business wing of apex trade body FICCI) launched a carrier agnostic safety app named 'My Circle' which has been designed to empower women in the event of any distress or panic situation. 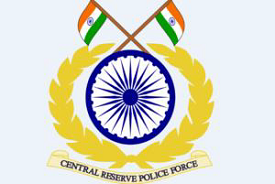 The app was launched after the President paid his tributes to the fallen troops at the National Police Memorial in Delhi on the occasion of the CRPF's 'Valour Day'.

17 - Guwahati Railway Station 1st To Get ISO Certification In India 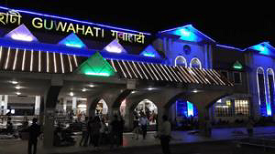 The Guwahati Railway Station has become the first ever railway station in the Indian Railways to get an ISO certification from the National Green Tribunal (NGT) for “providing passenger amenities in a clean and green environment.”

Many types of ISO certification exist and the one received by Guwahati Railway Station is ISO-14001, which is for Environment Management System as per international norms which were upgraded in 2015. Thus, the station’s certificate reads ISO 14001: 2015. 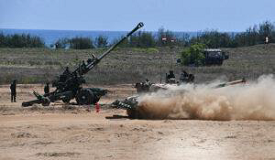 India’s first indigenously designed and developed Dhanush artillery gun was inducted in the Indian Army during a ceremony held at Ordnance Factory in Jabalpur, MP. The Army had placed an order for more than 110 of these guns with the Ordnance Factory.

Dhanush 155mm/45 calibre towed gun system can be deployed in all types of terrains. The Dhanush gun system is based on the designs of the Bofors howitzer which was inducted in the Army in the 1980s and would be the third type of artillery gun to be inducted into the force after the K-9 Vajra and the M-777 ultra-light howitzers. 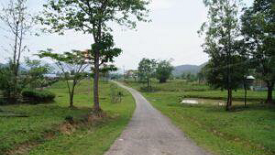 A village is given carbon-positive tag if it sequesters more carbon than it emits, slowing accumulation of greenhouse gases (GHGs) and mitigating effects of climate change. Phayeng Village is scheduled caste village of the Chakpa community.

The 7th Foreign Office consultations between India and Italy were held in New Delhi. The Indian side was led by Secretary (West), Ministry of External Affairs, A. Gitesh Sarma.

These consultations were aimed to provide an opportunity to review the follow-up actions taken after the visit of Italian Prime Minister Giuseppe Conte in October 2018 as well as the entire range of bilateral relations.

21 - BSNL Gets Licence For WiFi On Flights 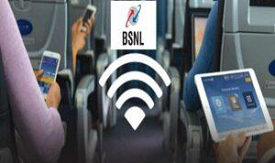 State-owned telecom service provider Bharat Sanchar Nigam Limited (BSNL) has received a license from the Department of Telecommunications to provide Internet and mobile services on flights.

BSNL and its satellite partner, Inmarsat, will be able to offer in-flight connectivity to airlines. 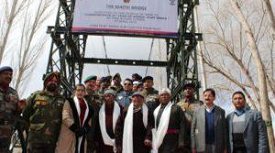 The Indian Army has successfully built the longest suspension bridge ‘Matiri Bridge’ over the Indus River in the Leh-Ladakh region. Built in a record time of 40 days 'Maitri Bridge' is longest Suspension Bridge over Indus River. 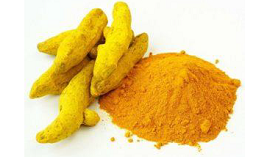 'Kandhamal Haldi', a variety of turmeric indigenous to southern Odisha, has earned the Geographical indication (GI) tag from Intellectual Property India, an organization functioning under the auspices of the Union ministry of commerce & industry.

The recognition coincided with the state's Foundation Day (Utkal Divas). Kandhamal in Odisha's southern hinterland is famed for its turmeric. 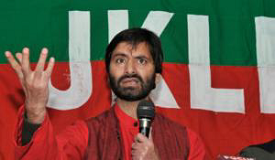 The Centre has set up a tribunal, headed by Justice Chander Shekhar of the Delhi High Court, to adjudicate if there exists sufficient cause to ban the Jamaat-e-Islami Jammu and Kashmir (JeI) and the Jammu and Kashmir Liberation Front-Yasin Malik (JKLF-Y) faction.

The decision has been taken by the Home Ministry exercising the powers conferred under the Unlawful Activities (Prevention) Act. 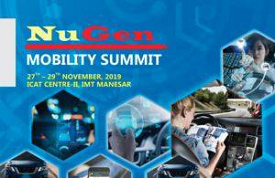 The International Centre for Automotive Technology (ICAT) is organizing a NuGen Mobility Summit, 2019, at Manesar, NCR, from 27th to 29th November 2019.

The objective of the Summit is to share new ideas, learnings, global experiences, innovations and future technology trends for faster adoption, assimilation and development of advanced automotive technologies for a smarter and greener future. 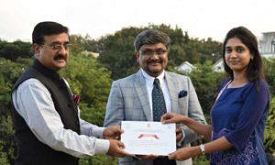 For the second year in succession, Telangana ranks number 1 in the e-Learning training program of the Department of Personnel and Training (DoPT), Government India.

During the financial year 2018-19, Dr. MCR HRD Institute enrolled over 20,000 field staff in different districts of the State to impart training on 12 soft skills modules and 3 domain-specific modules. 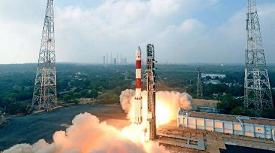 The Indian Space Research Organisation (ISRO) has launched a Defence Intelligence Satellite, EMISAT in its 47th Polar Satellite Launch Vehicle (PSLV) mission, along with 28 other customer satellites, onboard the advanced PSLV-C45 Rocket.

The PSLV C45 was launched from ISRO's Satish Dhawan Space Centre in Sriharikota. It is the first time ISRO is launching satellites in three different orbits. Along with that, the PSLV-C45 launch vehicle is also the first PSLV rocket to use four strap-on motors. 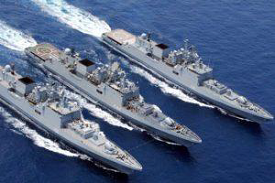 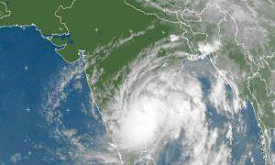 Cyclonic storm ‘Fani’ is likely to hit Coastal Andhra Pradesh by April 30 as it intensified into a severe storm and trigger thunderstorms, gusty winds and moderate rains in coastal districts and some parts of Rayalaseema. 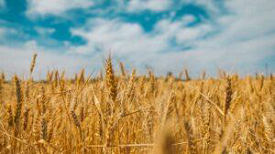 The government has hiked the customs duty on wheat to 40% from 30% to curb imports and protect the domestic industry.

The government wants to restrict overseas purchase so that domestic prices of wheat do not come under pressure as the country's wheat output is expected to scale a record high. 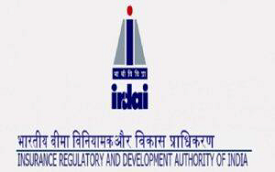 Insurance Regulatory & Development Authority of India (IRDAI) has set up a 13 member committee under IRDAI Executive Director Suresh Mathur to review the regulatory framework on microinsurance & recommend measures to increase the demand for such products.

The committee has been formed in the backdrop of a less-than-desired offtake of microinsurance products despite their inherent benefits.