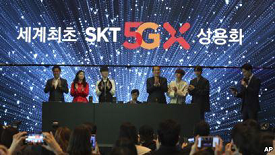 It is crucial for the future development of devices ranging from self-driving vehicles that send data traffic to one another in real time, industrial robots, drones and other elements of the Internet of Things. 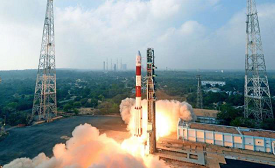 The satellites were launched aboard the PSLV-C45 from Satish Dhawan Space Center in Sriharikota, Andhra Pradesh. This was the 47th mission for ISRO’s Polar Satellite Launch Vehicle (PSLV) Programme and was the 71st launch vehicle mission from Sriharikota.

For the first time, ISRO invited common people to view the launch.

3 - Joint Statements between India and Chile 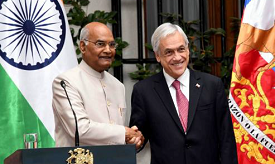 India and Chile released a Joint Statement on April 1, 2019 after extensive talks between Indian President Ram Nath Kovind and the President of Chile, Sebastian Pinera Echenique, during the former’s official state visit to Chile from March 30 to April 1, 2019. This is the third leg of the President’s three-nation tour which included Croatia and Bolivia.

The Indian President paid an official visit to the South American nation at the invitation of the Chilean President. The visit highlights the commemoration of the 70th anniversary of the establishment of diplomatic relations between Chile and India.

During the visit, President Kovind participated in India-Chile Business Forum and interacted with young scientists at the University of Chile. Then he held detailed discussions with the Chilean President, which led to the signing of three MoUs for cooperation in the fields of mining, culture and empowerment of persons with disabilities. The agreements aim to further enhance engagement in economic, social and cultural fields between the two countries.

The two leaders also released a joint statement reaffirming their commitment to enhance cooperation and ties in various key areas. Chile is the sixth largest trading partner of India in the Latin American region.

The most powerful operational rocket in the world, SpaceX’s Falcon Heavy, launched its first commercial mission from Florida in a key demonstration for billionaire entrepreneur Elon Musk’s space company in the race to grasp lucrative military launch contracts. 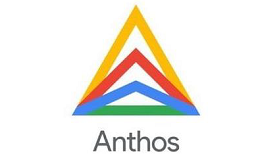 Anthos allows users to run applications, unmodified, on existing on-premise hardware or on the public cloud and is based on the Cloud Services Platform that Google announced in 2018. 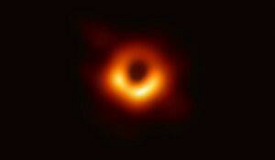 Astronomers have taken the first-ever image of a black hole, which is located in a distant galaxy known as 'Messier 87' (M87).

The image which has been captured by a network of eight telescopes across the world shows an intensely bright 'ring of fire' surrounding a perfectly circular dark hole.

The 'Event Horizon Telescope' captured the image from the galaxy that is 50 million lightyears away. 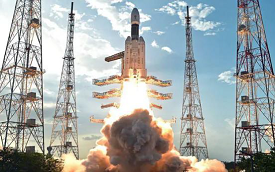 The phase four will enable the launch of two-tonne class of satellites for geo-imaging, navigation, data relay communication and space sciences.

The total fund required for GSLV phase four completion has been pegged at Rs 2729.13 crore.

This fund includes the cost of five Geosynchronous Satellite Launch Vehicles (GSLVs), essential facility augmentation, programme management, and launch campaign, along with the additional funds required for meeting the scope of the ongoing programme.

The GSLV continuation programme was initially sanctioned in 2003, and two phases have been completed and the third phase is in progress and expected to be completed by the fourth quarter of 2020-21.

It is the first type of molecule (first molecular bond) that formed in the universe after the Big Bang.

At that time, ionised hydrogen and neutral helium atoms reacted to form HeH+.

Once the universe cooled down, hydrogen atoms started to interact with helium hydride, creating molecular hydrogen, which set the stage for star formation.

From that point on, stars created the other elements of the cosmos.

Despite its importance in the history of the early Universe, HeH+ has so far escaped detection in astrophysical nebulae — cloud of gas and dust in outer space. 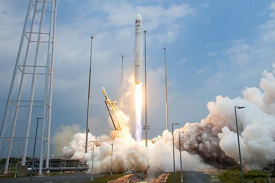 The Antares - a US rocket has been launched from NASA's Wallops Flight Facility on Virginia's Eastern Shore, carrying cargo with the space agency's re-supply mission for the International Space Station (ISS). The rocket was built by Northrop Grumman.

It carried about 7,600 pounds (3,450 kg) of supplies and scientific experiments to the station.

Some instruments it transports will examine astronauts' health in microgravity.

A Canada-made instrument will perform on-orbit detection and quantification of cell surface molecules on a per cell and assess soluble molecule concentration in a liquid sample such as blood, saliva, or urine, thus sparing sample freezing and storing, according to NASA. Another two new experiments will scrutinize aging-like changes in many astronauts on the space station, including changes to their arteries, and examine effects of spaceflight on the function of antibody production and immune memory.

NASA announced it is necessary to take actions to prevent any damage to astronauts in a planned three-year space travel to Mars in 2030s.

10 - Nepal launched its first satellite NepaliSat-1 from US 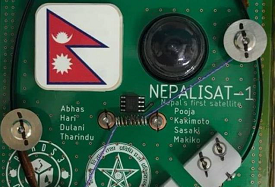 Developed by the Nepalese scientists, NepaliSat-1 satellite was launched from Virginia in United States. Two Nepali scientists, Aabhas Maskey and Hariram Shrestha who are currently studying at Japanese Kyushu Institute of Technology, developed the satellite under the BIRDS project of their institute.

The BIRDS project has been designed in association with the United Nations and aims at helping countries launch their first satellite. NepaliSat-1 is a low orbit satellite which will be in the 400-km distance from the Earth's surface. It will be stationed at the International Space Station (ISS) for a month and then it will be sent to orbit the earth.

The satellite will take photographs on a regular basis to gather geographical information of the country. Nepal Academy of Science and Technology (NAST) has invested nearly Rs 20 million for the satellite that weighs 1.3 kilograms, a small satellite with limited capability. A group of four engineering graduates were also working to launch another Nepali satellite 'Nepal PQ-1' in 2020. 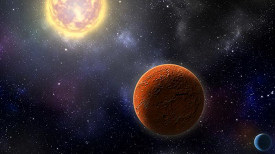 The planet, HD 21749c, is about 89% of Earth's diameter. The planet orbits HD 21749, a K-type star with about 70% of the Sun's mass located 53 light years away in the southern constellation Reticulum. HD 21749c is the second planet TESS has identified in the system. HD 21749c is the 10th confirmed planet discovered by TESS, and hundreds of additional candidates are now being studied.

HD 21749c doesn't seem to have good life-hosting potential as it circles its host star very tightly, completing one orbit every 7.8 Earth days, and is therefore probably quite hot. TESS which was launched just about a year ago is already a game-changer in the planet-hunting business. TESS total tally is likely to end up topping that of Kepler has found about 70% of the 4,000 exoplanets discovered to date. 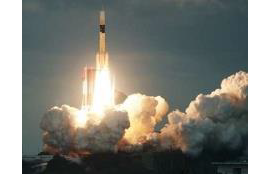 Sri Lanka's first satellite Raavana l was launched into space from NASA's Flight Facility on Virginia's east shore. The satellite was designed and developed by two Sri Lankan engineers at the Kyushu Institute of Technology in Japan. It will be shuttled to the International Space Station. The “Raavana 1” was launched into space with the assistance of the US rocket “Antares”. About Raavana l: Raavana 1 weights around 1.05 kg and is 1000 cubic centimetres in size. The minimum lifespan of the satellite is around one and a half years and it is expected to be active for five years. Raavana 1 satellite's camera mission is to capture images of Sri Lanka and its neighbouring countries. The Raavana-l is expected to orbit 400 kilometres away from the earth. The satellite will achieve an active attitude stabilization which ensures that the satellite's attitude is stable under the influence of external talks. The launch of Raavana-l marks Sri Lanka's entry into the global space age.

The world's largest airplane called ‘Roc’ weighing nearly 2,26,800 kilograms with a 385-foot wingspan took its first ever flight in Mojave, California. Built by Stratolaunch, it's designed to launch rockets into orbit from the air.

The plane is powered by six engines on a twin fuselage and is designed to fly to an altitude of 35,000 feet. 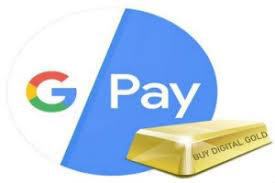 Google has partnered with bullion refiner MMTC-PAMP India to allow Google Pay users to buy and sell gold through the app. Through this partnership with India’s only LBMA-accredited gold refinery, Google Pay users will be able to buy 99.99% 24-karat gold.

This type of service is already offered by the likes of Paytm, Mobikwik, and PhonePe. 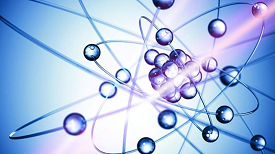 Scientists from the University of Edinburgh of Scotland while examining potassium have discovered a new state of physical matter where atoms can exist as both solid and liquid at the same time known as the chain melted state. The discovery was made using powerful computer simulations.

At the chain-melted state, atoms are both solid and liquid at the same time. Scientists have discovered that when extreme pressure and temperature are applied to potassium, it can form a state in which most of the atoms form a lattice structure but a second set is in a fluid arrangement.

Scientists say that it would be like holding a sponge filled with water that starts dripping out, except the sponge is also made of water. Over half a dozen elements including sodium and bismuth are thought to be capable of existing in the newly discovered state. Researchers hope it can be further examined to find more uses for the unexpected discovery. 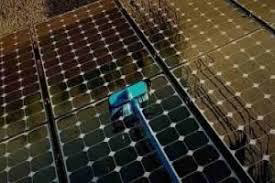 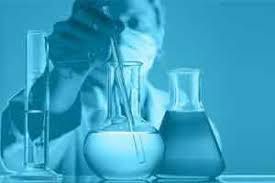 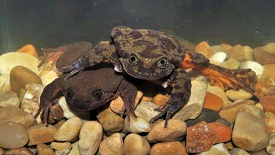 A deadly disease affecting amphibians has descended into a global pandemic and it has already wiped out 90 species.

This was disclosed by a prominent US biologist Jonathan Kolby, at the World Organisation for Animal Health Aquatic Conference in Santiago, Chile yesterday. The disease attacks the skin of frogs, toads and other amphibians.

As the creatures use their skin to breathe and regulate their bodies' water levels, the damage caused by the disease eventually leads to heart failure and death.

Over the past five years, the highly contagious disease has already caused nearly 90 species to disappear, with over 500 impacted.