International Dance Day is observed globally on 29th of April.

In 1982, the Dance Committee of ITI founded International Dance Day to be celebrated the birthday of Jean-Georges Noverre, the creator of modern ballet. 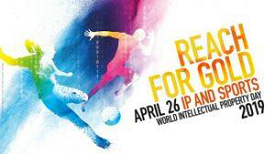 World Intellectual Property Day (WIPD) is celebrated every year on 26 April around the world to promote the importance of intellectual property rights (patents, trademarks, industrial designs, copyright) in encouraging innovation and creativity.

The theme of WIPD-2019 is “Reach Gold-Intellectual Property (IP) And Sports “.

The last week of April every year is observed as World Immunisation Week (WIW) in order to promote the use of vaccines for the protection of people of all age-groups against disease.

The WIW 2019 observed from 24-30th April, carrying the theme “Protected Together: Vaccines Work”. It was observed for the very first time in 2012. 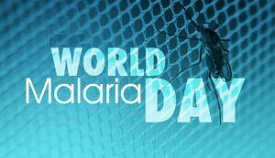 Every year on 25 April, people around the globe observe World Malaria Day (WMD) to raise awareness and funds for the treatment and prevention of the disease.

This year, the theme for the day is “Zero malaria starts with me” and it is being hosted by the World Health Organisation (WHO). 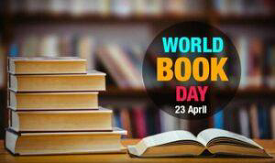 World Book Day is celebrated every year on 23 April. It is also known as World Book and Copyright Day, or International Day of the Book. It is organized by UNESCO to promote reading, publishing, and copyright.

It was first celebrated on 23 April 1995. For the year 2019, Sharjah, UAE has been declared as the World Book Capital. It will be preceded by Kuala Lumpur, Malaysia in the year 2020.

The World Creativity and Innovation Day (WCID) is celebrated every year on 21st April to encourage people to use creativity in problem-solving for all issues related to achieving the 2015 Sustainable Development Goals. 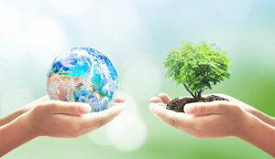 Earth Day is an annual event celebrated on April 22 Worldwide. It was first celebrated in 1970. The theme for Earth Day 2019 is to 'Protect Our Species.'

This theme is created to focus on the destruction caused to plants and wildlife populations mainly due to human activity. 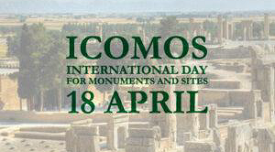 The theme for International Day for Monuments and Sites 2019 is 'Rural Landscapes'.

The theme for World Allergy Week 2019 is "The Global Problem of Food Allergy". 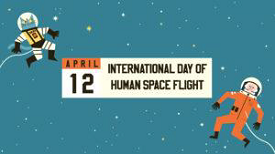 The General Assembly declared 12 April as the International Day of Human Space Flightto celebrate each year at the international level the beginning of the space era for mankind.

12 April 1961 was the date of the first human space flight, carried out by Yuri Gagarin, a Soviet citizen.

The World Homeopathy Day 2019 will be observed across the world on April 10 to commemorate the birth anniversary of the founder of Homeopathy, Dr Christian Fredrich Samuel Hahnemann.

On the occasion of the World Homeopathy Day 2019, the Central Council for Research in Homeopathy (CCRH), an autonomous research organisation under the Union Ministry of AYUSH organised a two-day convention (on 9th and 10th April) at Dr. Ambedkar International Centre in New Delhi.

April 7 of each year marks the celebration of World Health Day.

The theme of World Health Day 2019 is 'Universal health coverage (UHC): Everyone, Everywhere', according to WHO.

In India, the National Maritime Day is celebrated every year on April 5. The day was first celebrated on April 5, 1964.

The theme of the 56th edition of the National Maritime Day is “Indian Ocean-An Ocean of opportunity”. 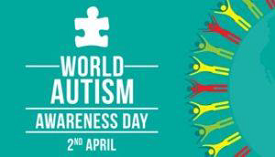 The United Nations General Assembly unanimously declared 2 April as World Autism Awareness Day to highlight the need to help improve the quality of life of those with autism so they can lead full and meaningful lives as an integral part of society.

The theme for this year is 'Assistive Technologies, Active Participation'.

International Mine Awareness Day (IMAD) is organized across the world on 4th of April to foster the establishment and development of national mine-action capacities in countries.