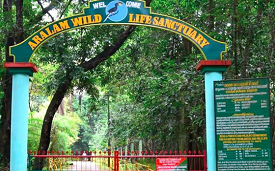 The Woolly-necked Stork and White-bellied Drongo, both dry-land species of birds have been spotted in North Kerala’s Aralam Wildlife Sanctuary during The 19th bird survey.

The survey was conducted jointly by the forest and wildlife department and the Malabar Natural History Society (MNHS). 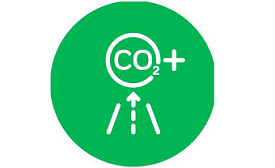 Phayeng, a scheduled caste village of the Chakpa community in Imphal West district of Manipur has been tagged as India’s first carbon-positive settlement.

Also, it has been revived from the funding under National Adaptation Fund for Climate Change (NAFCC), which is a central scheme launched in 2015-16 to support adaptation for climate change impact in various states. 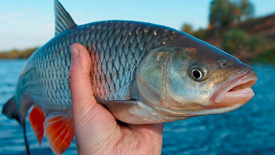 It is freshwater fish endemic to the Western Ghats of South India and only found in Kaveri River basins. 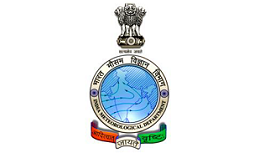 The Meteorological Department issued a yellow weather warning for rain in Himachal Pradesh by forecasting thunderstorm with hail in isolated places over the state.

Code color yellow is the least dangerous weather warning which indicates the possibility of severe weather over the next few days that could affect people.

5 - A group of jumping spiders spotted for the first time in Ernakulam’s Illithodu forests, Kerala 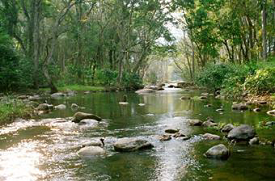 A new species of jumping spiders named "Habrocestum longispinum" has been spotted in Ernakulam’s Illithodu forests, Kerala by the arachnologists from Kochi’s Sacred Heart College, Thevara. This new species belong to the genus Habrocestum, is being found in Eurasia and Africa. 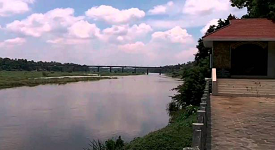 About hundred Indian anchovies (Kozhuva) fishes were found dead along the banks of the Muttar river,a tributary of the Periyar.

National Green Tribunal (NGT) has imposed a penalty of Rs 100 crore on the Andhra Pradesh government for illegal sand mining in the state.

Penalty has been imposed on the lines of plea filed by Andhra Pradesh resident Anumolu Gandhi, alleging illegal sand mining was causing damage to Krishna, Godavari rivers and their tributaries in the state.

8 - The death toll from destructive Cyclone Idai rises above 1,000

The death toll from the cyclone idai that crashed southeast Africa last month has risen above 1000, while more than 4000 cholera cases and seven deaths from the illness reported.

The Cyclone hit Mozambique, Zimbabwe and Malawi on March 14.

It is the second-deadliest tropical cyclone recorded in the South-West Indian Ocean basin, after 1892 Mauritius cyclone.

Now, there are only three left in the world. The Wildlife Conservations Society (WCS) declares the Yangtze giant softshell turtle the world's most critically endangered turtle species. NASA's (National Aeronautics and Space Administration) Cassini spacecraft has made an incredible observation about the extraordinary deep lakes filled with methane in the Saturn's moon, Titan.

This new study has been published in the scientific journal Astronomy. 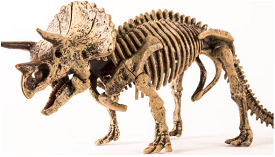 In San Juan province, western Argentina, scientists from University of San Juan have discovered a site containing fossils of nearly a dozen dinosaurs.

It is 220 million year old and belonging to an unknown era. They were found at the Ischigualasto National Park.

Tragedy as one of the world’s ‘major industrial accident’ which killed more than 15,000 people due to the result of at least 30 tons of highly toxic Methyl Isocyanate (MIC) gas leak in Union Carbide pesticide plant in Bhopal in 1984.