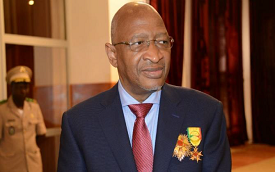 Mali’s Prime Minister Soumeylou Boubeye Maiga has resigned along with his whole government, following a motion of no confidence over its failure to handle violence in the West African country.

President Ibrahim Boubacar Keita’s office stated that the President accepts the resignation of the prime minister and that of the members of the government. 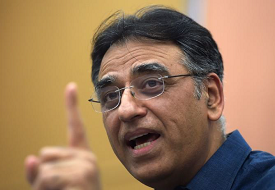 Pakistan's Finance Minister Asad Umar resigned from the cabinet before securing a multi-billion dollar International Monetary Fund bailout package for the cash-strapped country. Umar recently returned after visiting the US in which the details of Pakistan's next IMF bailout were discussed.

Pakistan is seeking USD 8 billion funding from the IMF to bail itself out from a severe balance-of-payments crisis that threatens to cripple the country's economy. 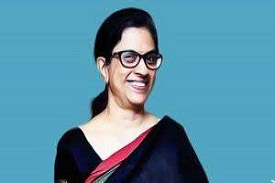 She takes over the role from Jagjit Singh. Padmaja associated with PwC for the last eight years. She was the Technology sector lead for PwC’s Advisory Line of Service.

The leader of the firm’s People and Organisation Consulting practice. Before joining PwC in 2011, Padmaja worked in leadership roles in different organisations such as Mercer Consulting and AF Ferguson. She is a member of CII’s National HR Committee and the Committee on Skill Development. Padmaja was inducted into the firm’s leadership team. Cairn India CEO Sudhir Mathur and CFO Pankaj Kalra have resigned from the firm. Ajay Dixit, who was CEO of the Aluminum and Power divisions of Vedanta, will take over from Mr.Mathur in the interim, after his exit.

Mr. Mathur is the fourth CEO to quit the firm after it was acquired by Vedanta in 2011. 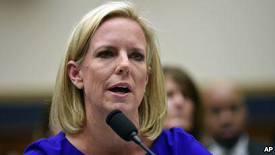 Ms. Nielson, who has had a rocky working relationship with President Donald Trump, handed in her resignation at a time when there were growing signs of division within the administration over how to handle the swelling numbers at the U.S.-Mexico border. 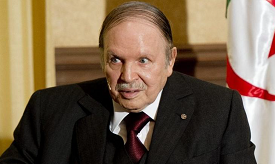 Algeria‘s long-serving president Abdelaziz Bouteflika announced his resignation, after mass protests demanding an end to his rule, and after a call from the army for him to be declared unfit to hold office.

Bouteflika came to the presidency after its darkest period, the 1990s Islamic insurgency.

After taking power in 1999, he managed to bring back stability to a country devastated by killings and distrust.

Mr Bouteflika has not publicly spoken and has been wheelchair-bound since a stroke in 2013. Bouteflika is accused of failing to create an economy that could offer enough jobs, despite the nation's vast oil and gas wealth. Abdelkader Bensalah took charge as interim leader for a maximum of 90 days as elections are organised.

Rajan Anandan, vice president for Google India and South East Asia, is leaving the company after an eight-year stint and will be joining Silicon Valley’s marquee venture fund Sequoia Capital.

He will stay until the end of this month. Rajan Anandan had joined Google in 2011.

His responsibility will be taken over by Country Director Sales Vikas Agnihotri in the interim. 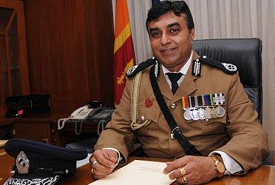 Sri Lanka's top police official, Inspector General of Police Pujith Jayasundara, has resigned over failures that led to the deadly Easter bomb attacks. Mr.Jayasundara has sent his resignation to the acting defence secretary.

The resignation comes after the country's top defence ministry official, defence secretary Hemasiri Fernando resigned on 25th April. The new IGP will be nominated soon. The President's nominee will be confirmed by a constitutional council. 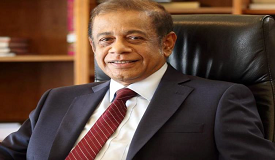 Sri Lanka’s Defence Secretary Hemasiri Fernando resigned on 25th April after the Easter attacks. He took the responsibility for the deadly serial bombings. The new Secretary is yet to be named. Mr.Fernando is the first official to step down after both President Maithripala Sirisena and Prime Minister Ranil Wickremesinghe said they were unaware of the imminent threat, though the security establishment had received prior intelligence. 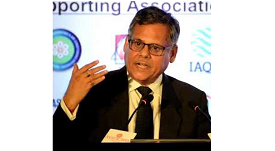