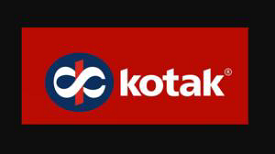 With this, it has become the first ever Destination Bank to go live with both Net Banking and Debit Card-based e-mandate authentication.

The headquarters of Kotak Mahindra Bank is Mumbai and its current MD and CEO is Mr. Uday Kotak. 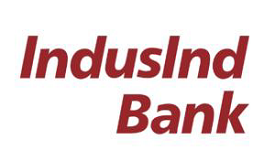 Earlier, IndusInd Bank had received ‘No Objection’ from Reserve Bank of India, National Stock Exchange and Bombay Stock Exchange. Bharat Financial will become a subsidiary of the private lender.

The headquarters of IndusInd bank is Mumbai and its present CEO is Mr.Ramesh Sobti. 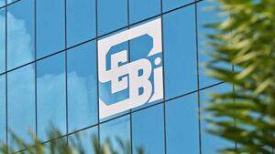 Markets regulator SEBI (Securities and Exchange Board of India) has reduced the minimum subscription requirement as well as defined trading lots for Real Estate Investment Trusts (REITs) and Infrastructure Investment Trusts (InvITs). SEBI has also increased the leverage limit for InvITs from 49% to 70%.

While making an initial public offer and follow-on offer, the minimum subscription shall not be less than Rs 1 lakh for InvITs and Rs 50,000 for REITs. Currently, in the case of a REIT issue, the minimum subscription from any investor in an initial offer and follow-on public offer is not less than Rs 2 lakh, while the same is Rs 10 lakh in case of InvIT.

The headquarters of SEBI is Mumbai and its current Chairperson is Ajay Tyagi.

BuyUcoin, the second oldest Cryptocurrency Exchange in India, has introduced a new and unique platform for wholesale cryptocurrency trading.

It is also known as OTC (Over-the-counter) Desk that allows users to trade on a large scale with low price fluctuations.

The Reserve Bank of India (RBI) has divested its entire stake held in National Housing Bank (NHB), and National Bank for Agriculture and Rural Development (Nabard) to the government, which now holds 100% in these entities.

NHB is the regulator for housing finance companies while NABARD is responsible for regulating and supervising the functions of Co-operative banks and RRBs.

SBI General Insurance has launched a product - cyber defence insurance to protect businesses from financial and reputational losses due to cyber-attacks.

It is designed to protect against major insurable cyber exposures like hacking attacks, identity theft, disclosure of sensitive information and business interruption. 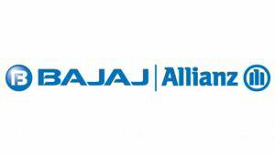 TReDS is a digital platform to support micro, small and medium enterprises (MSMEs) to get their bills financed at a competitive rate through an auction where multiple registered financiers can participate.

The main purpose of TReDS platform is to facilitate smooth flow of liquidity in the system and make finance available at a competitive rate. 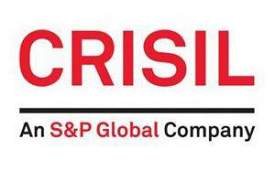 CRISIL Ltd, a diversified global analytics company, formerly known as Credit Rating Information Services of India Limited, will transfer its rating business to its proposed new wholly-owned subsidiary. The board of CRISIL gave the nod for the transfer, which is being done to comply with SEBI norms of 2018.

Earlier, SEBI had modified its regulations for credit rating agencies and mandated the segregation of rating and non-ratings businesses of credit-rating agencies. 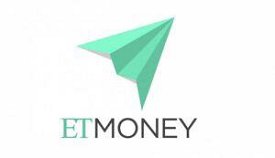 With the doubling of its user base, ETMONEY India’s largest app for financial services has integrated with Unified Payment Interface (UPI) as a payment method.

This integration will simplify the mutual fund payment for millions of ETMONEY users. ETMONEY is owned by Times Internet which is a part of the Times Group.

13 - Bandhan Bank Gets CCI Nod For Merger With Gruh Finance 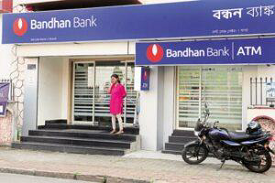 Bandhan Bank has received approval from the Competition Commission of India (CCI)for the proposed scheme of amalgamation of Gruh Finance with the bank.

Bandhan Bank had, in January 2019, announced the merger of Gruh Finance with it. The move was taken to bring down promoter holding in the bank to 61% from 82.3%.

As per this, an individual will not be required to furnish physical documents as well as KYC proofs for opening an account with the bank. 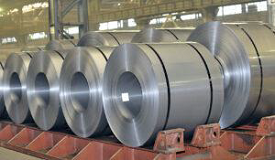 India was a net importer of steel during the 2018-19 fiscal year, the first time in three years, as the country lost market share among its traditional steel buyers and imports jumped on demand for higher-quality steel domestically. 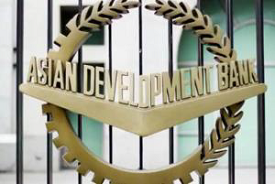 ADB committed to provide USD 3 billion in sovereign loans to India in 2018, the highest level of assistance since sovereign operations began in the country in 1986, stated the annual report of the multilateral lending agency.

In all, the Asian Development Bank (ADB), owned by 68 member countries, committed a total of USD 3.88 billion, including sovereign loans and co-financing during the year ended December 2018.

The headquarters of Asian Development Bank is Manila, Philippines and its present President is Takehiko Nakao.

The headquarters of Canara Bank is Bengaluru, India. 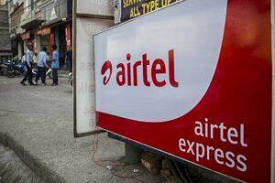 The Department of Telecommunications (DoT) has approved the merger of Tata Teleservices with Bharti Airtel Ltd., subject to the condition that it furnishes a Rs 7200 crore bank guarantee.

Telecom Minister Manoj Sinha gave his conditional nod for the merger. The guarantees are mostly related to one-time spectrum charges (OTSC) and some deferred airwave charges, according to people aware of the development. 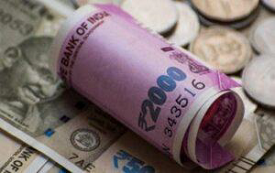 The government has retained the interest rate for General Provident Fund (GPF),Contributory Provident Fund and other related schemes at 8 per cent for the first quarter of the current financial year.

The interest rate on these funds was at 8% in January-March quarter of 2018-19 and government kept it unchanged for April to June for 2019-20. The interest rate will be applicable on provident funds of central government employees, railways and defence forces.

The International Monetary Fund (IMF) cut its economic growth forecasts for India by 20 basis points (bps) each from its January predictions to 7.3% for FY20 and 7.5% for the next fiscal.

Citing persistent risks from the trade war, it lowered 2019 global growth forecast by 20 basis points to 3.3%, the weakest since 2009 when the subprime crisis had flared up.

The present MD of IMF is Christine Lagarde, and it headquarters is in Washington DC, USA. 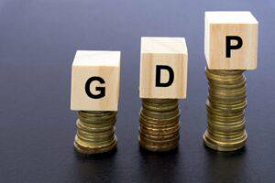 As per the World Bank, India’s GDP growth is expected to accelerate moderately to 7.5% in Fiscal Year 19-20, driven by continued investment strengthening, particularly private-improved export performance and resilient consumption.

The World Bank was established in 1944 and its current President is David Malpass. Its headquarters is in Washington DC, USA.

The Securities and Exchange Board of India (SEBI) has given approval to Paytm Money the investment and wealth management platform of the mobile payments company to start offering broking services.

It had applied for the licence in October 2018. Paytm Money has also received membership of NSE and BSE. 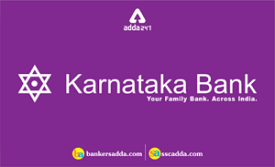 Karnataka Bank has entered into an MoU with Bharti AXA Life Insurance Company to distribute the latter’s life insurance products.

The current MD and CEO of Karnataka Bank is Mr. Mahabaleshwara. Its headquarters is in Mangalore. 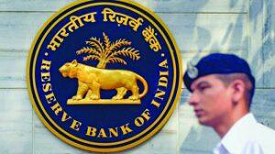 In a bid to further improve the cash position of banks, RBI has tweaked Liquidity Coverage Ratio (LCR) norms to provide an additional 2% window to lenders.

As per RBI Governor Shaktikanta Das, this move will harmonise the liquidity requirements of banks and release additional money for lending.

LCR indicates the proportion of highly liquid assets held by banks to ensure their ability to meet short-term obligations. 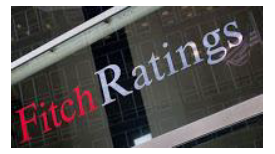 Founded in 1914, the headquarters of Fitch is NewYork and its current CEO is Paul Taylor. 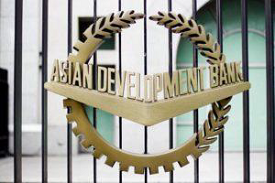 The Asian Development Bank downgraded economic growth forecasts for India and Southeast Asia for 2019 as global risks from trade tensions to Brexit mount.

According to the ADB’s latest Asian Development Outlook report, gross domestic product in India will probably increase by 7.2 % in 2019, down from a December forecast of 7.6%. Southeast Asia’s growth estimate was lowered by 0.2 percentage point to 4.9%. 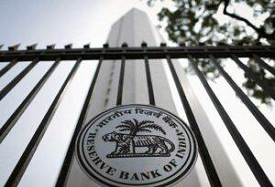 On the basis of an assessment of the current and evolving macroeconomic situation, the Monetary Policy Committee (MPC) at its meeting today decided to − 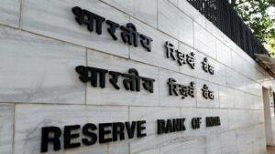 The Reserve Bank of India (RBI) in consultation with the government of India has set the limits for Ways and Means Advances (WMA) for the first half of the financial year 2019-20 (April 2019 to September 2019) at Rs 75000 crore.

The Reserve Bank may trigger fresh floatation of market loans when the Government of India utilizes 75% of the WMA limit.

WMA is the temporary loan facility provided by the RBI to the center and state governments. The WMA scheme was introduced in 1997 to meet any temporary mismatches in the receipts and payments of the government.