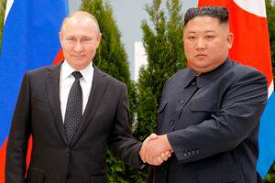 The meeting was held at Russia’s Pacific port city of Vladivostok. Efforts to ease tensions on the Korean peninsula and ways to boost economic ties were discussed.

Six-party talks on North Korean de-nuclearization started back in 2003. The talks involve China, Japan, Russia, the US along with North Korea and South Korea. 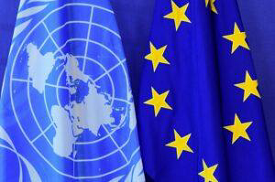 The United Nations and the European Union (EU) have signed a joint framework aimed at strengthening partnership in counter-terrorism efforts. 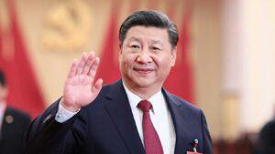 The second edition of Belt and Road Forum (BRF) was held in Beijing, China in which 37 heads-of-state and 159 countries had participated along with United Nations Secretary-General Antonio Guterres and International Monetary Chief (IMF) Christine Lagarde.

US President Donald Trump stated that his administration is withdrawing the U.S. signature from the U.N. Arms Trade Treaty, in response to concerns from gun rights activists that it could impinge on Americans’ right to bear arms. Zoologists at Trinity College Dublin have discovered two new bird species named as the Wakatobi white-eye and the Wangi-Wangi white-eye in the Wakatobi Archipelago of Sulawesi, Indonesia.

Details of discovery were published in the Zoological Journal of the Linnean Society. 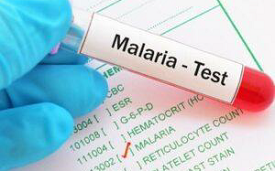 The world's first-ever malaria vaccine was launched in a pilot project in Africa's Malawi. The country is the first of three in Africa in which the vaccine, known as RTS,S, will be made available to children up to 2 years of age.

Ghana and Kenya will introduce the vaccine soon. About 93% of the world's malaria-related deaths in 2017 occurred in Africa. Kazakhstan has set up Coordinating Council for attracting foreign investments including from India. A decision was taken to lay down the functions of Investment Ombudsman in order to venture for new approaches to improve the investment scenario in Kazakhstan.

The meeting identified the Astana International Financial Centre (AIFC) as a Unified Center for the coordination of work on investment and promotion of the investment image of Kazakhstan. 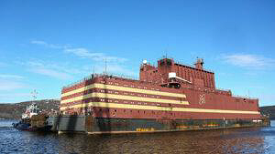 Reactors of the floating atomic block were launched in November 2018.

10 - Israel To Name Town In Golan Heights After Donald Trump 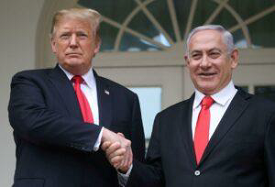 Israeli Prime Minister Benjamin Netanyahu has announced that he would name a new community in the Golan Heights after US President Donald Trump, who officially recognised the disputed area as Israeli territory.

Israel has also stated that in appreciation of the U.S. president, it intends to name a proposed train station near Jerusalem’s Western Wall after him.

Israel captured the Golan from Syria in a 1967 war and annexed it, in a move not recognized internationally. 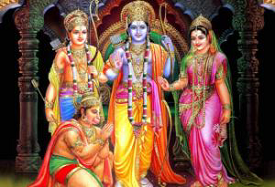 Indonesia has released a special commemorative stamp on the theme of Ramayana to mark the 70th anniversary of the establishment of its diplomatic ties with India.

The stamp is designed by renowned Indonesian sculptor Padmashri Bapak Nyoman Nuarta, featured a scene from Ramayana in which Jatayu valiantly fought to save Sita.

The London School of Economics and Political Science (LSE) has announced the creation of the Amartya Sen Chair in Inequality Studies, named in honour of the India-born economist, philosopher, and Nobel laureate, who was Professor of Economics at LSE from 1971-82.

Called the “Amartya Sen Chair in Inequality Studies,” its holder will also serve as Director of the LSE International Inequalities Institute, which facilitates interdisciplinary work on subjects related to inequality.

Amartya Sen won the Nobel Prize in Economics in 1998, Bharat Ratna in 1999 and National Humanities Medal in 2012. 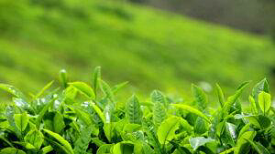 To boost tea trade, cultural and technical exchanges as well as the global promotion of tea, the Asian Tea Alliance (ATA), a union of five tea-growing and consuming countries, was launched in Guizhou, China. 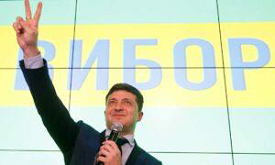 Volodymyr Zelenskiy, an actor and comedian has won a landslide victory in Ukraine’spresidential election. The incumbent, Petro Poroshenko conceded defeat.

He is best known for his role in the long-running Ukrainian television series Servant of the People, where he played the role of president. 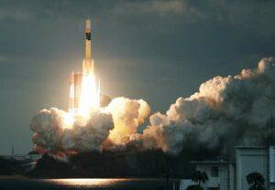 Sri Lanka’s first satellite ‘Raavana-1’ was launched into space from NASA’s Flight Facility on Virginia’s east shore. ‘Raavana 1’ weights around 1.05 kg and the lifespan of the satellite is around one and a half years.

The satellite was designed and built at the Kyushu Institute of Technology in Japan by two Sri Lankan research engineers. Its camera mission is to capture images of Sri Lanka and its neighbouring countries.

16 - Nepal and Sri Lanka Launches Its First Satellite From USA 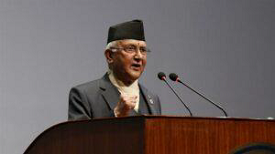 Nepal successfully launched its first satellite NepaliSat-1 into space. The satellite developed by the Nepalese scientists was launched from Virginia in the United States. It is a low orbit satellite which will be in the 400-km distance from the Earth's surface. 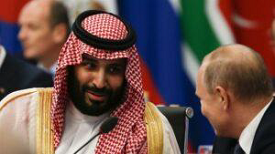 Saudi Arabia announced that it will be hosting the G20 summit in November 2020 in its capital Riyadh. This would be the first G20 summit in the Arab world. 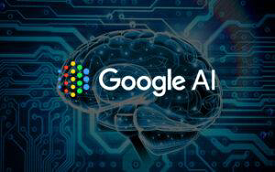 Google has opened its first African artificial intelligence (AI) centre in Ghana’s capital Accra, one year after announcing the project.

The research laboratory will host software engineers and research scientists to work on projects dedicated to next-generation technology.

The International Monetary Fund (IMF) and the World Bank have together launched a private blockchain with a pseudo-token. The new token, called “Learning Coin” and only accessible within the IMF and World Bank, has a purpose to teach relevant individuals within the organizations about blockchain.

Though the coin has no real value – hence the description pseudo-token – staff members who pass educational milestones will receive the tokens which can then be redeemed for certain rewards. The drone ship has a maximum operation range of 1,200 km and can be remotely controlled with the help of satellites. 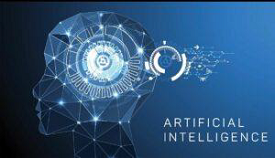 UAE is set to host the world’s foremost Artificial Intelligence (AI) Summit to empower global dialogue on the future of government, business and society. The inaugural ‘AI Everything’, AIE will take place at the Dubai World Trade Centre.

It will be hosted by the UAE National Programme for Artificial Intelligence, with the support of International Telecommunication Union, ITU, and the World Intellectual Property Organisation, WIPO, and in strategic partnership with Smart Dubai. 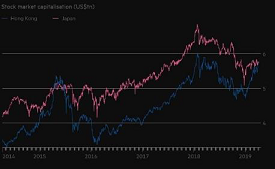 Hong Kong's equity market has overtaken Japan to be the world’s third largest in value, behind only the U.S. and mainland China.

Hong Kong’s market cap was $5.78 trillion, compared with $5.76 trillion for Japan, according to data compiled by Bloomberg based on where primary securities are listed.

Hong Kong is an autonomous territory, and former British colony, in southeastern China. 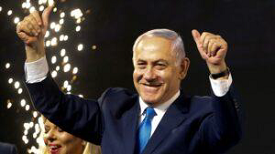 Israeli Prime Minister Benjamin Netanyahu has won a fifth term in office. His closest opponent's party the Blue and White party conceded defeat, clearing the path for Netanyahu to set up a coalition government.

Netanyahu is now set to be the longest-serving prime minister in Israeli history even longer than David Ben-Gurion, the country’s first prime minister, who’s often described as “Israel’s George Washington.” 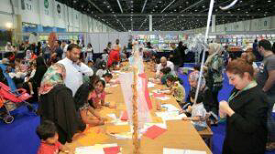 The UAE has announced that India will be the Guest of Honour country at the Abu Dhabi International Book Fair, ADIBF 2019, to be held at the end of April 2019.

The fair aims to highlight the UAE’s rich heritage, showcasing its authenticity and modernity, as well as its cultural and literary output. 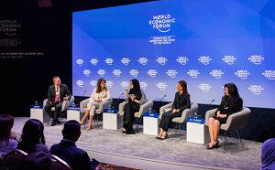 The World Economic Forum in the Middle East and North Africa (MENA) took place at Jordan’s Dead Sea. The forum assembled more than 1,000 government, business and civil society leaders from more than 50 countries.

The forum was themed on three major visions: generating job opportunities, empowering Arab women and promoting the most intriguing startups that have joined the region’s industry over the past years.

London (capital city of the UK) is the first city in the world to implement a 24-hour, seven day a week Ultra Low Emission Zone (ULEZ), inside which vehicles will have to meet tough emissions standards or face a charge.

Introduction of the ULEZ aims to reduce toxic air pollution and protect public health, according to a press release from the office of Sadiq Khan, mayor of London.

Theresa May is the PM of the United Kingdom. 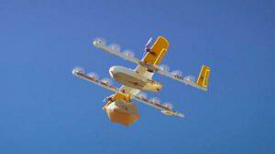 Google parent Alphabet has beaten Amazon to launch one of the first commercial drone delivery businesses.

Alphabet made its first delivery in Canberra after getting approval from the country's civil aviation authority. 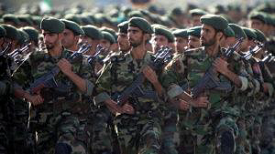 It is the first time that the US has designated an entity of another government as a terrorist organization, placing a group with vast economic resources that answer only to Iran's supreme leader in the same category as al-Qaida and the Islamic State. 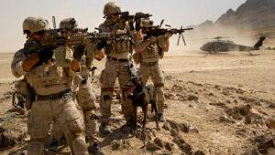 The joint military exercise between Morocco and the US, “African Lion 2019,” kicked off in southern Morocco. The exercise marks the participation of thousands of military officers.

The exercise will include various types of training including command post, manoeuvring, peacekeeping, operations, and aerial refuelling. 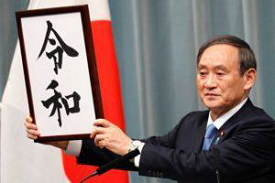 Japan has announced that the name of its new imperial era, set to begin on 1 May, will be 'Reiwa', signifying order and harmony. The country's current era, Heisei, will end in April.

The name ‘Reiwa’ which consists two Chinese characters, the first meaning ‘good’ or ‘beautiful’ as well as ‘order’ or ‘command’ and the second meaning ‘peace’ or ‘harmony’.

Algeria's President Abdelaziz Bouteflika has resigned from the post with immediate effect, ceding power in the face of massive street protests against his 20-year rule.

Bouteflika has come under mounting pressure to step down since his decision to seek a fifth term despite rarely being seen in public after suffering a stroke in 2013. 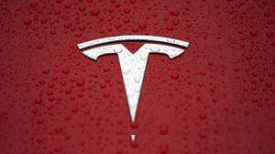 Tesla has developed its ‘largest power storage system in Asia’ at Osaka train station in Japan to reduce energy demand and provide emergency backup power to trains in Japan.

It was Launched in partnership with Kintetsu, a railway operator in Japan’s Osaka. 7 megawatt-hours (MWh) system is its largest energy storage project in Asia and the fourth largest in the greater Asia-Pacific (APAC) region. 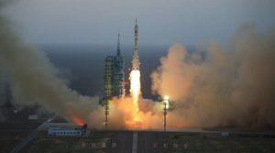 China has successfully launched the first of its new-generation data relay satellite, Tianlian II-01 into orbit that will provide data relay, measurement, and control services for its manned spacecraft.

It was launched by a Long March-3B carrier rocket from the Xichang Satellite Launch Centre in southwest China's Sichuan Province.