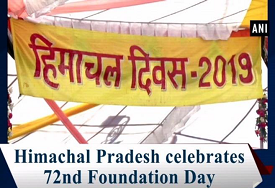 Genesis of the Himachal Day

Before independence, most of the areas of Himachal Pradesh were part of Punjab state, and during that time this region was divided into four different regions such as Chamba, Mandi, Shimla, etc.

After the independence, in 1948 the state was declared as a union territory

On the 15th April Chief Commission inaugurated this territory and after that this day was celebrated as ‘Himachal Day’ every year. 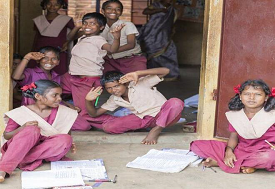 Project Kannamma is the initiative of the Rotary Club of Madras North to provide sanitary napkins to the students.

It was started in August of 2018 by providing free, biodegradable sanitary napkins to 82 students at the Government High School in Uthandi of Tamil Nadu.

3 - Bamboo rice shows up in Odisha 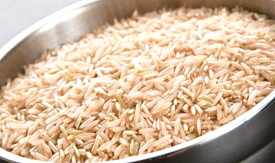 Nearly after four decades, Bamboo rice has shown up in Odisha. The state of Odisha had last witnessed Bamboo rice in 1979. 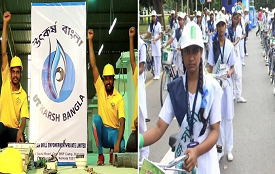 The schemes of the West Bengal government 'Utkarsh Bangla' (skill training of youth) and 'Sabooj Sathi' (cycles for students) won the World Summit on the Information Society (WSIS) awards of UN.

Utkarsh Bangla got the top most award and emerged as a winner in the Capacity Building category and the Sabooj Sathi was ranked in the first five as a champion project under ICT application: E-Government category.

Utkarsh Bangla Scheme is aimed at providing vocational training to school dropouts. The beneficiaries of the scheme will be trained in driving, tailoring, repairing television and other electronic equipment's, beautician courses, etc.

Sabooj Sathi is a scheme of West Bengal government for distribution of bicycles to the students of class IX to Xll studying in Govt. run and Govt. aided Schools and Madrashas. The scheme was launched in September 2015. 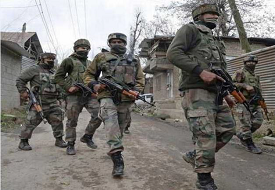 The Centre on Monday extended the "disturbed area" tag under AFSPA for three districts of Arunachal Pradesh for six months more while withdrawing it partly from the state's three other districts bordering Assam.

According to a Union Home Ministry notification, the decision was taken after considering the present law and order situation in the six districts of the state.

As per the notification, the three districts of Arunachal Pradesh, which will continue to be designated as disturbed areas under AFSPA are Tirap, Changlang and Longding.

The designation, which allows imposition of AFSPA, will also continue for the four police stations areas of the state's three other districts bordering Assam.

They include Namsai and Mahadevpur police stations in Namsai district, Roing in Lower Dibang Valley district and Sunpura in Lohit district.

6 - West Bengal treats only 49% waste water before dumping it in Ganga: NGT 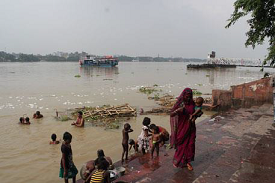 West Bengal treats only 49 per cent of the waste water before dumping it in the Ganga, says a recent assessment report on the pollution in the river, prepared by the Central Pollution Control Board (CPCB).

The study raises concern about the inefficiency of sewage treatment plants (STPs) in West Bengal, which generates 1,311 million litres a day (mld) of waste water. While the 34 STPs in state have a total installed capacity of 457 mld, their actual utilisation is only 214 mld, which is only 49 per cent. Of 1,311 mld of waste water, 47 per cent is generated by Kolkata alone.

CPCB has identified 64 STPs in the Ganga river catchment (in Uttarakhand, Uttar Pradesh, Bihar, West Bengal), and inspected 51 of them. 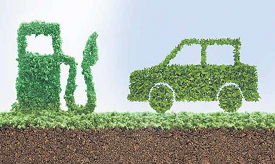 While Delhi in April 2018 became the first city in the country to leapfrog from Euro-IV grade petrol and diesel to Euro-VI fuels, cities in the national capital region like Noida and Ghaziabad switched over to the cleaner fuel from Monday.

Rest of the country will follow suit from April 2020.

Chinese scientists have discovered a possible "death switch" mechanism in plant's immune system that triggers infected cells to self-destruct, thus limiting the spread of the disease and keeping other parts of the plant healthy, official media here reported on Friday.

Scientists said the discovery provides clues to cell death control and immunity for plants, and they hope further research can lead to a new generation of disease-resistant crops that use significantly less pesticide and are more environmentally friendly.

The research was done by scientists from Tsinghua University and the Chinese Academy of Sciences' Institute of Genetics and Development Biology.

Their findings were published in the journal Science on Friday.