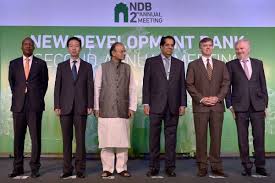 The Second Annual Meeting of the New Development Bank (NDB) was held in New Delhi from 31st March to 2nd April, 2017. The Annual meeting focussed on Building a Sustainable Future. Five MOUs were signed during the three day Meeting.

India has sought USD 2 Billion loans for various projects from the NDB. India has also signed a 350 million dollar loan agreement with NDB for financing Development and Upgradation of Major District Roads in Madhya Pradesh. 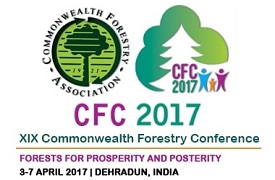 The 5-day 19th Commonwealth Forestry conference was held in Dehradun beginning 3rd of April at Forest Research Institute (FRI). The conference was organized on the theme ‘Forests for Prosperity and Posterity’.

Around 500 delegates that included scientists and experts from 49 member countries of the Commonwealth gathered to participate in the conference. The conference focussed on biodiversity conservation and management, livelihood and economic security from forests. This was the second time India hosted the event. Previously it was held in Delhi in 1968. 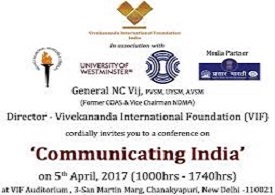 Minister of State for Information and Broadcasting Rajyavardhan Rathore inaugurated national conference on Communicating India in New Delhi. The conference was organized based on three main themes i.e. telling the India’s story to the world, communicating via Journalism and Dialogue with Diaspora.

The National Conference on Communications provides stage for researchers, students and practicing engineers to present and exchange ideas in latest technological advancements and innovations.

Two-day Convention on World Homoeopathy Day concluded successfully in New Delhi. The convention was organised by Central Council for Research in Homeopathy. On this occasion the AYUSH Minister, recalled the great contribution of Hahnemann, and how his scientific aptitude helped him to discover a healing system based on the infallible laws of nature.

On this occasion, CCRH, for the first time ever, presented awards to incentivise the contributors in the field of Homoeopathy research. During the convention, Minister of AYUSH also announced the awardees of Scholarship for Quality M.D. Dissertations in Homoeopathy. 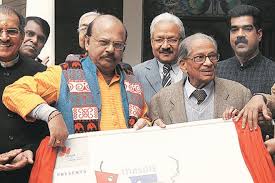 Delhi hosted India’s first ever micro-drama festival called as Thespis with the help of theatre group 'Vriksh'. Thespis is showcase of 28 independent plays. This was first such show held in India, thus welcoming the trend of micro-drama concept in India. People witnessed longest play of the festival ran for not more than 10 minutes and the shortest one lasted for only 42 seconds.

Out of the 42 entries, 25 plays in 10 diversified languages including Kashmiri, Rajasthani, Urdu and Punjabi among others were selected for the showcase in festival. Festival began with play 'Chamaeleonidae'.

Kempegowda Festival was inaugurated by President Pranab Mukherjee in New Delhi. It has been said that Kempe Gowda was a "just and humane" ruler of the Vijayanagara Empire. His brilliance could implement planned urban development that stands out, as early as in the 16th century A.D. The festival was organized by the Nadaprabhu Kempegowda Foundation. 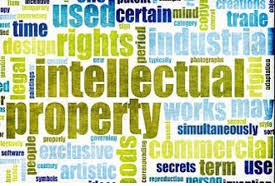 The Cell for IPR Promotion and Management (CIPAM) in collaboration with the International Trademark Association (INTA) kicked off the IPR Awareness campaign for schools across the country in New Delhi.

The program was an hour-long interactive session with a presentation delivered by the INTA Working Group included various games and activities to keep the kids engaged. Along with the presentation, colorful and vibrant posters on different IPs were put up and mementos including a brochure on IP designed for kids was given to all students in attendance of the session. 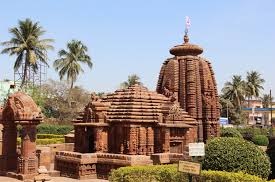 Bhubaneswar became the first Indian city to win Pierre L’enfant Planning Excellence and Achievement Awards-2017 for "Bhubaneswar Smart City Plan", which is based on citizen engagement approach. It also envisages the use of technology for improving the overall quality of life.

The APA Awards jury has selected Five Excellence Award recipients in total. The award is instituted by the American Planning Association. The award has been named in the honor of French-born American architect and civil engineer, Pierre L’enfant, who is credited for designing the layout of the streets of Washington, D.C.