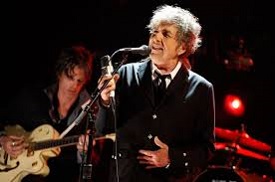 Bob Dylan has finally accepted his 2016 Nobel Prize for Literature. He received his medal at a private event in Stockholm. The academy handed Dylan the prize "for having created new poetic expressions within the great American song tradition".

A man with multi talents, Dylan is an American songwriter, singer, painter, and writer. In May 2012, Dylan received the Presidential Medal of Freedom from President Barack Obama. He has also received numerous awards including eleven Grammy Awards, a Golden Globe Award, and an Academy Award. 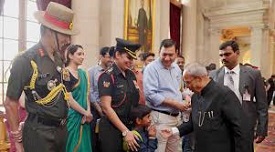 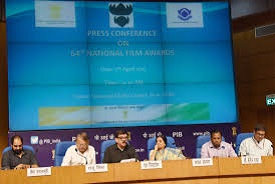 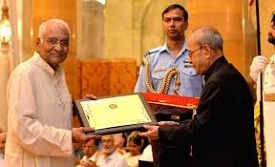 Central Hindi Institute Director N.K. Pandey announced name of 26 writers for Hindi Sevi Samman Awards, which will be presented by President Pranab Mukherjee in May 2017.

Around 14 scholars receive this award in seven different categories every year for their contribution in the field of Hindi language and literature. Awardees receive Rs. 5 lakh each, a citation and a shawl from President Pranab Mukherjee.

Some of the major awardees were: 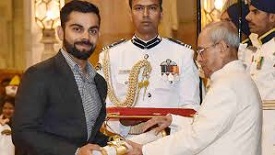 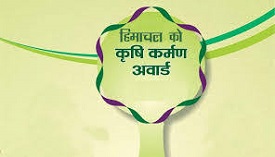 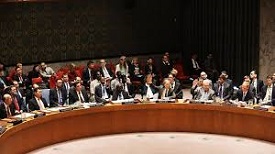 Rashik won the ‘Unite Ideas #UNGAViz Textual Analysis and Visualisation Challenge’ for his ‘Global Policy’. Rashik’s prototype will be made public and shared with United Nations bodies and member states. Rashik will also receive recognition from the Department of State and the Office of Information and Communications Technology.

The first runner-up position was awarded to Maximiliano Lopez, an IT consultant from Argentina, and the second runner-up was Thomas Fournaise, an information technology manager from France. 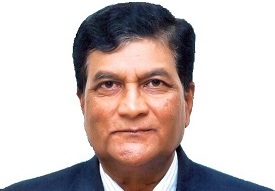 M.S. Swaminathan Award, given to the people for their contribution in the field of agriculture, was honored to Rayappa Ramappa Hanchinal, Chairperson of Protection of Plant Varieties and Farmers Rights Authority. He was honored for his tremendous work in the field of crop improvement under very hot dry environments, seed production technology and intellectual protection rights in plant varieties. 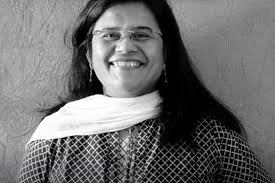 46 years old Indian environmental engineer Trupti Jain was honored with prestigious ‘Cartier Women’s Initiative Award’ for providing women working on farms with water management solutions and protecting small farmers against droughts and flash floods. Six winners were selected for Asia-Pacific laureate from a pool of nearly 1,900 applicants from over 120 countries.

Winners were felicitated with USD 100,000 prize money as well as a year of mentoring. Trupti Jain and five other winners were from countries Latin America, North America, Europe, Sub-Saharan Africa, and the Middle East and North Africa. 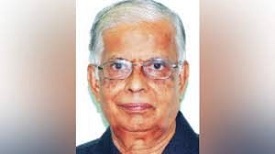 Dr. Paduru Gururaja Bhat Memorial Award 2017 was conferred on historian and archaeologist A.V. Narasimha Murthi his contribution to Indian Archaeology, Ancient History and Numismatics. The award carries a citation and a cash prize of ₹ 50,000. 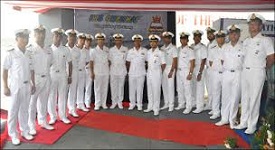 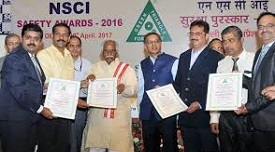 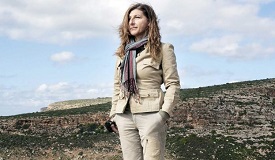 Giuseppina (Giusi) Nicolini won the UNESCO Peace Prize for her commitment to saving the lives of migrants and refugees. She is the mayor of the Italian island of Lampedusa.

Ms. Nicolini was honored for her effort that saved thousands who fled across the Mediterranean often on unseaworthy boats to find a better and peaceful life. According to the International Organization for Migration, 649 migrants died or went missing in the Mediterranean in the first three months of 2017 alone. 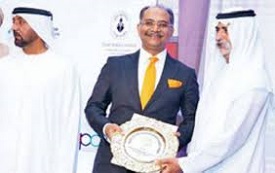 The Golden Peacock Awards were established by the Institute of Directors (IOD) in India in 1991. They are considered as a benchmark of corporate excellence worldwide. 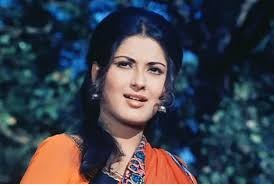 Veteran actor Moushumi Chatterjee was honored with the lifetime achievement award at the 80th Bengal Film Journalists’ Association (BFJA) awards. Ashish Vidyarthi was honored for his contribution to Indian Cinema.

Other winners in various categories: 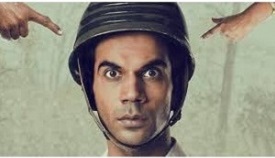 Bollywood movie ‘Newton’ has won the Jury Prize for Best Film at the Hong Kong International Film Festival. The Rajkummar Rao-starrer movie is directed by Amit Masurkar. It is a political black comedy, which revolves around a clerk placed on election duty in a conflict-ridden area of Chhattisgarh.

The film had also won the International Federation of Art Cinemas (CICAE) award for the Forum section at its world premiere at Berlinale during the 67th Berlin Film Festival. The film also went to 16th Annual Tribeca Film Festival. 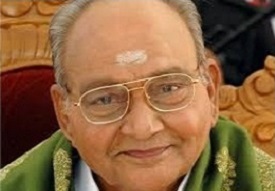 This Award is conferred by the Government of India for outstanding contribution to the growth and development of Indian Cinema. The Award consists of a Swarn Kamal (Golden Lotus), a cash prize of Rs. 10 lakhs and a shawl. 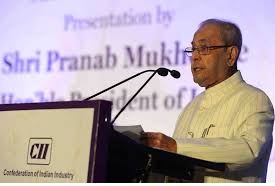 The President of India, Shri Pranab Mukherjee presented CII President’s Award for Lifetime Achievement to Mr. Rahul Bajaj and CII foundation Woman Exemplar Award in New Delhi. CII Foundation Woman Exemplar Award in 2005 is a welcome initiative to promote women’s empowerment at the community level by discovering and recognizing those who have, against all odds, excelled and contributed significantly to the development process in India.

An event was organized by a dedicated CII Foundation. 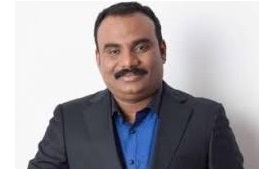 Dileep K Nair has won the Dr Babasaheb Ambedkar International Foundation Kerala State award for the year 2016-17. He is currently the Chancellor of the North East Frontier Technical University (NEFTU) in Arunachal Pradesh and is the youngest ever chancellor of any university in the nation.

Nair started his career at the age of 24 and has around 12 years of experience in various Educational Projects. He is also the founder of The Automobile Society (India) and The Engineer's Outlook Magazine. 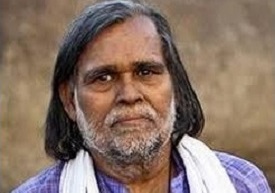 Top environmental activist Prafulla Samantara has been selected for Goldman Environmental Prize or Green Nobel from Asia region for leading a historic 12-year legal battle that affirmed the indigenous Dongria Kondh’s land rights and protected the Niyamgiri hills from a massive, open-pit aluminum ore mine.

The Goldman Environmental Prize is a prize awarded annually to grassroots environmental activists, one from each of the world's six geographic regions:Africa, Asia, Europe, Islands and Island Nations, North America, and South and Central America. 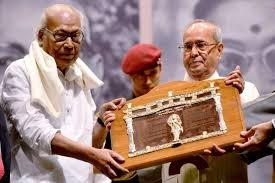 President Pranab Mukherjee conferred the 52nd Jnanpith Award on eminent Bengali poet Professor Sankha Ghosh at a function in New Delhi. He was awarded for his outstanding contribution in the field of literature. Adim lata - gulmomay, Murkho Baro, Samajik Noy, Baborer Prarthana are some of his classic creations.

Professor Ghosh was awarded with the Sahitya Akademi in the year 1977 and 1999. He was also honored with Padma Bhushan in 2011.