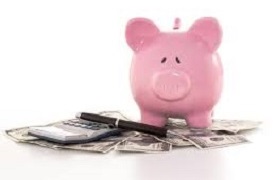 The Government lowered the interest rates on all nine small savings scheme by 0.1% with effect from 1 April 2017. 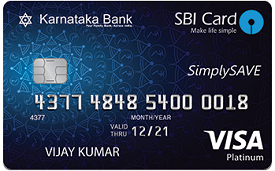 While the Karnataka Bank Platinum SBI Card has been designed keeping in mind the premium customers, the Karnataka Bank SimplySAVE SBI Card is aimed at value conscious consumers and offers rewards and features that enable customers to maximize their savings on their regular spends. 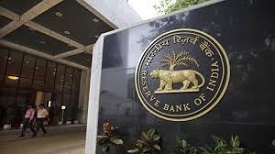 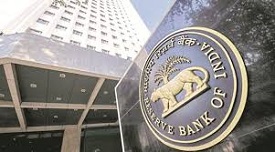 Some of the measures taken by RBI to deepen the corporate bond market:

NPCI has been set up as an umbrella organization owned and operated by the banks. NPCI has been authorised by Reserve Bank of India under the PSS Act, 2007 to operate the following Payment Systems − 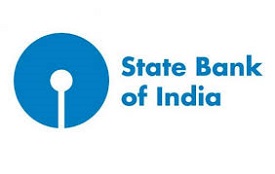 The State Bank of India has entered into the league of ‘Top 50 Global Banks’. The merger of five associate banks and Bharatiya Mahila Bank with the SBI has helped increase its balance sheet size to Rs. 41 lakh crore.

It will have a deposit base of more than Rs. 26 lakh crore and advances level of 18.50 lakh crore. 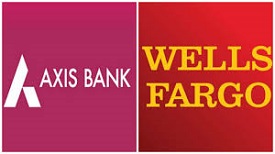 The Axis Bank Ltd. has signed an agreement with Wells Fargo to offer real-time remittances from NRIs to India. There will be no transaction fee applicable to the money transfers from USA. Wells Fargo is one of the leading banks in the Unites States and has global presence.

This tie-up is the first of its kind with a US banking entity for Axis Bank. There will also be no restrictions on the amount of transfer. Wells Fargo has similar tie-ups with ICICI Bank and HDFC Bank. 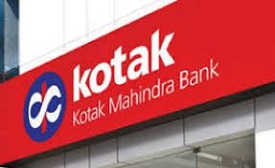 Kotak Mahindra Bank has launched an 8-11, a digital and paperless account opening system, that can be used anytime, anywhere. It allows customers to open a zero-balance, zero-charge account.

The account can be opened within five minutes using the Kotak Mahindra's mobile banking system. Kotak Mahindra was the first bank to use Aadhar-based OTP, which RBI allowed in December 2016, for account opening.

News 9 - RBI Board approved a proposal to introduce Rs. 200 notes 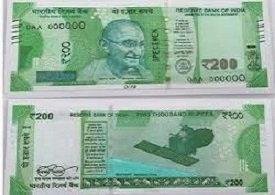 The board of the Reserve Bank of India has passed the proposal for processing the printing the new Rs. 200 notes after June 2017. The RBI board has 14 members, which includes four Deputy Governors, Economic Affairs Secretary ‘Shaktikanta Das’, Financial Services Secretary ‘Anjuly Chib Duggal’ and RBI Governor Urjit Patel.

It is part of Government’s decision to rework the currency mix. The Indian Government wants to enhance the digital payments and does not intend to increase currency in circulation to the pre-demonetization level. 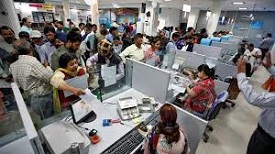 The Income Tax department has clarified that the ban on cash transaction in excess of two lakh rupees will not be applicable to withdrawals from banks and post office savings accounts.

Through the Finance Act 2017, the government has banned cash transactions of over two lakhs and said a penalty of an equal amount would be levied on the receiver. The Central Board of Direct Taxes said a necessary notification in this regard would be issued. 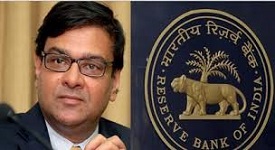 The Reserve Bank of India (RBI) has kept the key policy rate, the repo rate unchanged in its first bimonthly monetary policy review of the financial year 2017-18. However, RBI raised reverse repo rate by 25 bps to 6%.

Following the review, the key rates now stand at:

Payments banks are allowed to accept deposits from individuals and small businesses up to a maximum of Rs. 1 lakh per account. India post payments bank and Airtel payments bank have already started operations.

Flyworld Money Exchange provides this facility to customers as well as non-customers by enabling the bank to reach the Indian Diaspora in Australia more efficiently. 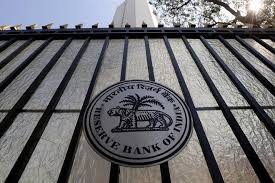 Banks can invest within the overall ceiling of 20 per cent of their net worth permitted for direct investments in shares, convertible bonds/debentures, units of equity-oriented mutual funds and exposures to venture capital funds (VCFs).

Mudra Loans are available for non-agricultural activities up to Rs. 10 lakh and activities allied to agriculture such as Dairy, Poultry, Bee Keeping etc., are covered. Mudra’s unique features include a Mudra Card, which permits access to Working Capital through ATMs and Card Machines. 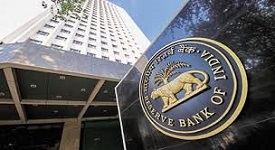 With an aim to resolve the problem of banks' mounting non-performing assets (NPAs), or bad loans, the Reserve Bank of India (RBI) has issued "Revised Prompt Corrective Action (PCA) framework for banks" with effect from 1st April 2017.

Under the revised framework, if a bank crosses the third level of risk threshold (where a bank's common equity tier I capital falls below the threshold of 3.625 percent by 3.125 percent or more) it will either be amalgamated or merged, or taken over by another entity altogether. 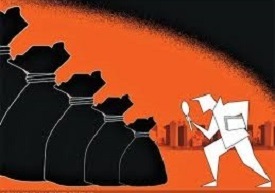 The Income Tax department has identified over 60,000 “high risk” persons for probe under the second phase of the ‘Operation Clean Money’.

The IT Department has identified high-value property deals, outward remittances and large cash sales made by these 60,000 assessees during the demonetisation period. Post demonetisation, the IT Dept. has detected Rs. 9,334 crores of undisclosed income and referred about 400 cases to the Enforcement Directorate and the Central Bureau of Investigation.

The Bank Boards Bureau (BBB) has drawn up an elaborate Governance, Reward and Accountability Framework (GRAF) that integrates elements of organisational structure and processes to ensure high standards of corporate governance. It aims to make PSBs more competitive against private sector rivals as well as prepare them for possible mergers with each other.

The Bureau has also evolved a code of conduct and ethics that can be enforced across all PSBs to ensure the right behaviour.

The Department of Posts has joined hands with State Bank of India to promote ‘SBI buddy e-wallet’ and POS machines for cashless transactions at Post Office counters while booking speed post and registered post items. 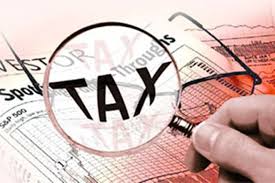 The Department of Post has allotted a unique pin code to the Central Processing Centre (CPC), Income tax Department in Bengaluru to ensure better delivery of letters and mails sent by taxpayers and assessees. The new pin code is 560500 while the CPC earlier used to sport the old pin code of 560100.

The CPC is the central database centre of the department, which receives all Income Tax Returns (ITRs), both e-filed and sent through post. 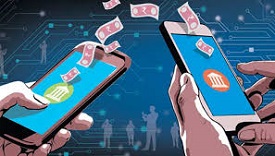 The Insurance Regulatory and Development Authority of India (IRDAI) has launched a web portal for Insurance Self Networking platform for online registration. Insurance companies, brokers and corporate agents can sell and service insurance policies through this platform. The insurers and insurance intermediaries may access it using the following URL: isnp.irda.gov.in 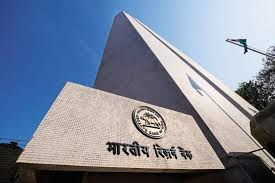 The Reserve Bank has allowed Aditya Birla Group firm Grasim Industries to raise the foreign shareholding to 49 per cent from the existing limit of 30 per cent under the portfolio investment scheme (PIS).

FIIs, NRIs and PIOs (persons of Indian origin) can invest in primary and secondary capital markets in India through portfolio investment scheme (PIS). The RBI monitors ceilings on FII/NRI/PIO investments in Indian companies on a daily basis. 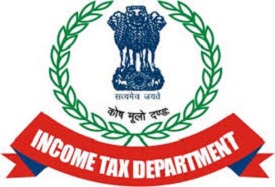 Amazon India has received the RBI’s approval for an e-wallet. The licence has been issued to Amazon Online Distribution Services on March 22, and is valid for five years. According to RBI's draft guidelines, all entities seeking fresh approvals to launch PPIs will need to have an audited net worth of Rs. 25 crore, which must be maintained at all times.

Amazon had launched its Pay Balance service in order to boost cashless transactions in December 2016. According to RBI data, volume of payments through PPIs rose from Rs. 1320 crores in November to Rs. 2150 crores in March.

In exercise of the powers conferred by clause (c) of Section 199B of the Finance Act, 2016 (28 of 2016), the Central Government amended through a Notification the conditions specified in clause 5 of the Pradhan Mantri Garib Kalyan Deposit Scheme.

Now the effective date of opening of the Bonds Ledger Account shall be the date of receipt of deposits by the Reserve Bank of India (RBI) from the authorized banks. Provided further that the date of deposit shall in no case, be extended beyond 30 April 2017. 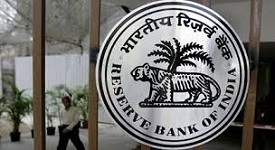 This takes total number of offices to 20 across the country. The Reserve Bank of India signed a Memorandum of Understanding (MoU) on “Supervisory Cooperation and Exchange of Supervisory Information” with the Royal Monetary Authority of Bhutan. 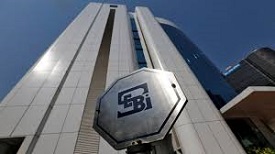 SEBI has launched a new version of its website www.sebi.gov.in with enhanced user friendly features such as a better user experience across various devices, enhanced ‘Search’ function, enhanced content with need based search, enhanced speed of loading pages and better responsive web pages. 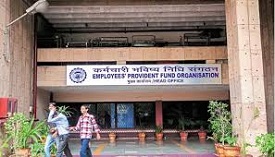 Ministry of Finance approved 8.65% rate on Employees Provident Fund (EPF) for 2016-17, which will be credited into the accounts of four crore subscribers. It was approved by Employees' Provident Fund Organisation trustees in December 2015. Previously, government had planned to lower the EPF rate for aligning it with the rates of small savings schemes like PPF.

The government generally ratifies the rate of return approved by the CBT because the EPFO is an autonomous body and provides interest on EPF deposits from its own income. 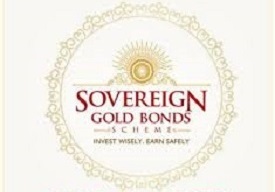 Government of India, in consultation with the Reserve Bank of India, has decided to issue Sovereign Gold Bonds 2017-18 – Series I. The Bonds will be sold through banks, Stock Holding Corporation of India Limited (SHCIL), designated post offices and recognized stock exchanges viz., National Stock Exchange of India Limited and Bombay Stock Exchange.

Minimum permissible investment will be 1 gram of gold. The investors will be compensated at a fixed rate of 2.50%. The Bonds will be restricted for sale to resident Indian entities including individuals, HUFs, Trusts, Universities and Charitable Institutions.

The banks’ exposure to REITs/InvITs will be within the overall ceiling of 20% of the net worth permitted for direct investments in shares, convertible bonds/ debentures, units of equity-oriented mutual funds and Venture Capital Funds (VCFs). 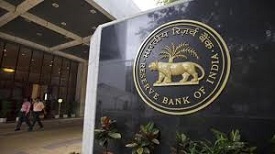 Kerala-based NBFC Manappuram Finance launched its own co-branded prepaid card in tie-up with YES Bank with an aim to promote digital financial transactions.

The 'Manappuram YES Bank Prepaid Money Card' can be pre-loaded up to a maximum amount of Rs. 50,000 and then be used to withdraw money from all ATMs. The card works on MasterCard and RuPay networks. It can be used for online transactions and at merchant establishments with PoS terminals. 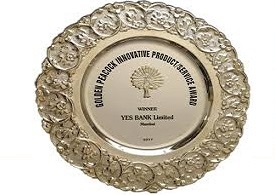 SIMsePAY is a unique innovation that allows any account holder to do money transfers, pay utility bills and other mobile payment services, without the need for smart phones or internet.

Paisabazaar.com announced a first of its kind strategic partnership with YES BANK. This is for the first time in the industry that a large financial marketplace has entered into a unique customer level alliance with a bank to offer conditionally approved loans* to their existing customers.

As part of the alliance, YES BANK will help Paisabazaar.com through the Bank’s advanced analytics and data mining capabilities to offer Paisabazaar.com customers with customized and conditionally approved offers across YES BANK’s retail lending products. 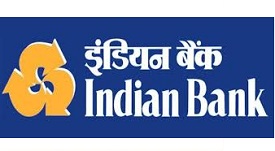 The bank has earned a net profit of 319.70 crore rupees last quarter. Indian Bank is the first Indian public sector bank whose Price-to-Book value has reached the level of ‘One,” reflecting its strong performances.