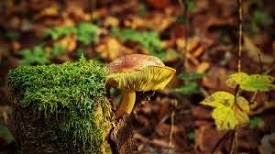 A soil fungus named as ‘Aspergillus Tubingensis’ was identified by scientists of Chinese Academy of Sciences that will quickly break down plastic materials with the help of its enzymes and clean environment. This garbage ending fungus was found in Islamabad, Pakistan.

University of Kerala’s Scientists discovered a new species of long-legged, tree-dwelling crabs named Kani maranjandu in Western Ghats of Kerala. The name came from Kani tribe of Kerala. Species is first of its kind to offer a record of an arboreal crab. Kani maranjandu is long legged.

It has elongated walking legs, which is not found in any other genus. Researchers have been in search of female species but could not find one. Recently, they captured a female specimen and later a large adult male. 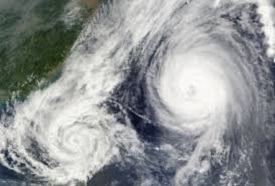 Tropical Storm Maarutha became the first tropical cyclone of 2017 in the Bay of Bengal when it formed on April 15, 2017. This cyclone is expected to hit Myanmar on 17 April 2017 and bring heavy rains in parts of that country.

Tropical Cyclone Maarutha is the first named storm of 2017 Northern Hemisphere tropical cyclone season. A Cyclone represents a rotating, organized system of clouds and thunderstorms that originates over tropical or subtropical waters and has closed low-level circulation.