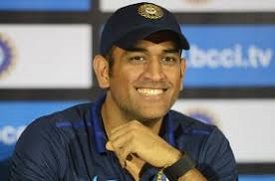 He attended some special meetings and is said to have taken some key decisions. Mahendra Singh Dhoni showed interest in knowing corporate CEO’s work. He has been associated with the company since quite a long time.

The Canadian Prime Minister Justin Trudeau honored Malala Yousafzai with honorary Canadian citizenship at a ceremony held in Canadian Parliament, discussed various issues with Malala such as girls' upliftment through education, sustainable development of their communities and appreciated her support towards girls’ rights and education.

Canadian citizenship has been honored to 5 such other brave personalities such as Raoul Wallenberg, Nelson Mandela, the 14th Dalai Lama, Aung San Suu Kyi, and Aga Khan. 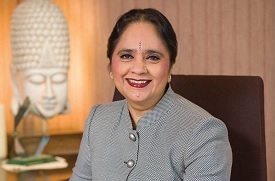 Indian origin Asha Khemka was named “Asian Businesswoman of the Year” at an event in Birmingham. She received the award at the 5th annual Asian Business Awards Midlands. The award honors the success and achievements of local Asian businesses.

Ms. Khemka has been honored with one of the UK’s top civilian awards - Dame, the female equivalent of knighthood – in 2014 for her work related to the education sector in Nottingham. She was also awarded the Officer of the Order of the British Empire (OBE) in 2008.

Sagar Baheti became the first visually impaired Indian to complete the Boston Marathon. Bengaluru-based Baheti completed the race in 4 hours, 14 minutes and 7 seconds to finish at the 18th spot in the visually impaired category. He completed 42.195 Km distance.

He became the first visually impaired Indian to qualify for the marathon and was one of the 30,000 runners who took part in the race. The historic Boston Marathon is traditionally held on Patriots' Day, the third Monday of April. It is considered as one of the most difficult marathon courses around the world. 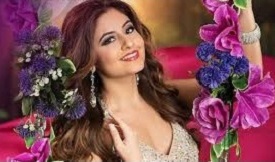 The runners-up of the event were Samantha Pierre from Canada and Ary Trava from Mexico. Kaur also won the best national costume at the event for a stunning peacock gown designed by Devashish Majumdar and Melvyn Noronha. The pageant is organized by the Miss Universe organization for teens aged 15 to 19. 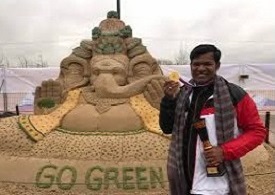 Indian sand artist Sudarsan Pattnaik won jury prize gold medal at 10th Moscow Sand art Championship at Kolomenskoye, Moscow in Russia. The theme of the competition was the “World around us”. There were around 25 sculptors from different countries, who participated in the competition.