The book traverses the timeline from 1830-1947 and is written in a storytelling manner. The theme of this book is the historical development of railways in India, organized into chapters dealing with different periods of development in chronological order. 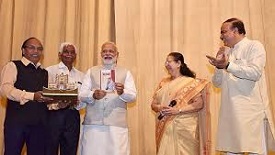 Prime Minister Narendra Modi released a book Matoshree authored by Lok Sabha Speaker Sumitra Mahajan in Parliament House. The book covers the life and times of Devi Ahilyabai Holkar. After the release of the book, a play based on the book was staged in Balayogi Auditorium.

The play was organized by Avirat group of Indore, Madhya Pradesh and was directed by Rajan Deshmukh. The play Matoshree depicted the struggles, predicaments and qualities of Devi Ahilyabai Holkar with great sensitivity. 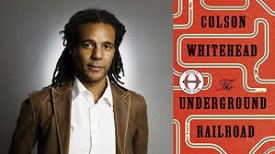 Author Colson Whitehead won the Pulitzer Prize for fiction for his blockbuster novel The Underground Railroad. He also won the 2016 National Book Award for the same novel. The novel depicts the journey of a young woman escaping from slavery via a fantastical train system.

Other Major winners under various categories: 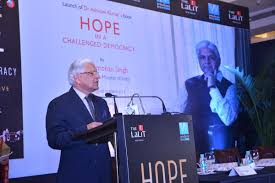 The principal themes of the book, in the author’s own words, are firstly on the ‘incestuous relationship between wealth and power’ and its impact on the credibility and moral authority of the government, and secondly on what he describes as ‘an insufferable atmosphere of intolerance. Ashwani Kumar has formerly served as the Minister of Law and Justice. 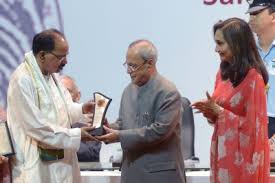 President Pranab Mukherjee released a book on Draupadi, "The Flaming Tresses of Draupadi," at Rashtrapati Bhawan. The book is an English version of the original book written in Kannada by senior Congress leader M Veerappa Moily. It was translated into English by D A Shankar. The book is published by Rupa.

The book traces the life and journey of Draupadi from her birth to her marriage to the five Pandava brothers to the great battle of Kurukshetra.

Author Arjun Gaind released his latest book, ‘Punjab: Building the Land of Five Rivers’, in Mumbai. The book reveals story about how Partition left Punjab scarred and how Punjabi conversations between strangers still begin with their hometown history before partition. Book is edited by Abha Narain Lambah and supported by journalist Siddharth Bhatia.

Arjun Raj Gaind is one of India's best-known comic book writers and graphic novels. Some of such novels are Empire of Blood, Reincarnation Man, and A Very Pukka Murder, etc.

The English translation of writer Perumal Murugan’s novel Mathorubhagan (One Part Woman) has won the Sahitya Akademi’s award for translation in English. The award carries an engraved copper plaque and a cash component of ₹50,000.

The prize is awarded to books first published during five years immediately preceding the year of the award.

The translation was done by Aniruddhan Vasudevan and the book was published by Penguin. The title describes Lord Shiva in his avatar as a combination of man and woman.