What is design space of Branch processing in computer architecture? 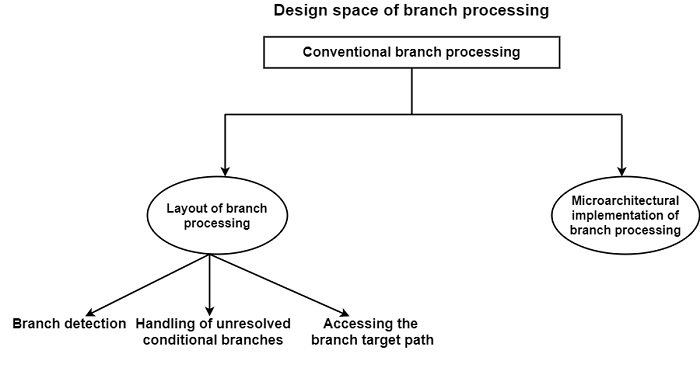 The first aspect is branch detection. Initially, processors detected branches during instruction decoding. However, the earlier a processor identifies branches, the previous branch processing can be initiated and the less penalties there are. Thus, novel schemes try to encounter branches as early as possible.

The instruction fetching structure is continued such that it can identify whether the next instruction to be fetched is a branch or not. Each detected branch is guessed to be taken and rather than, or in addition to, the next sequential instruction, the target address of the branch or even the target instruction is also fetched in advance.

The final method of the layout of branch processing is how the branch target path is accessed. The branch penalty for ‘taken’ guesses is based heavily on how the branch target path is accessed. Current processors use one of four basic techniques: compute/fetch scheme, BTAC (Branch Target Access Cache) scheme, BTIC (Branch Target Instruction Cache) scheme, and the successor index in the I-cache scheme.