What is design space of software-based protocols in computer architecture? 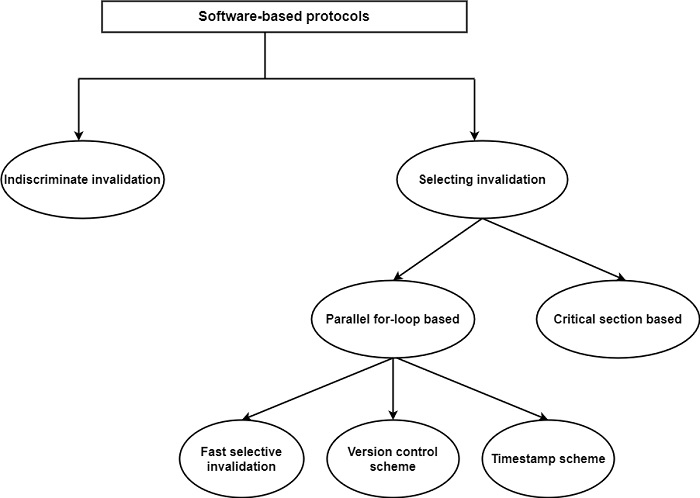 The simplest method is indiscriminate invalidation in which the total cache is invalidated at the end of each programming method. This scheme needs a single hardware structure for passing on or off and invalidating the cache.

There are three parallel for-loop selective invalidation schemes were suggested to remove the disadvantage of indiscriminate invalidation ?−

The fast selective invalidation scheme depends on a write-through cache policy and introduces three instructions to control cache accesses: Memory-Read, CacheRead, and Cache-Invalidate. Cache-Read is used to access a variable when it is approved that the variable is fixed in the cache, alternatively, the Memory-Read command is applied.

An extra bit, known as the change bit, is inserted into each cache line. The Cache-Invalidate command sets all change bits true. An attempt to read a variable with its change bit set true will lead to a read from memory.

The same method known as the version control scheme was suggested to prevent unneeded invalidations. The main concept of this technique is that only one process in a program method is allowed to write a variable and this writing creates a new version of the variable. When the writing process exits its program method, the new version develops into the current version which can be utilized by other processors.

The CVN represents the version of the variable that the processor must use, while the BVN represents a particular version to which the cache copy belongs. A cache miss occurs when the CVN is greater than the BVN otherwise the variable can be accessed from the cache.