A scatterplot is a graphical way to display the relationship between two quantitative sample variables. It consists of an X axis, a Y axis and a series of dots where each dot represents one observation from a data set. The position of the dot refers to its X and Y values. 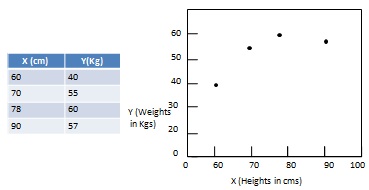 Patterns of Data in Scatterplots

Scatterplots are used to analyze patterns which generally varies on the basis of linearity, slope, and strength.

An Introduction to Wait Statistics in SQL Server