${\lambda}$ is the shape parameter which indicates the average number of events in the given time interval. The following is the plot of the Poisson probability density function for four values of ${\lambda}$. Cumulative Distribution Function. 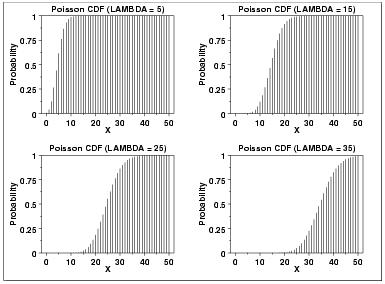 The probability of exactly 2 errors in 5,000 lines of randomly selected lines of code is: