The box plot is a standardized way to display the distribution of data based on following five number summary.

For a uniformly distributed data set,in box plot diagram, the central rectangle spans the first quartile to the third quartile (or the interquartile range, IQR). A line inside the rectangle shows the median and "whiskers" above and below the box show the locations of the minimum and maximum values. Such box plot displays the full range of variation from min to max, the likely range of variation, the IQR, and the median. 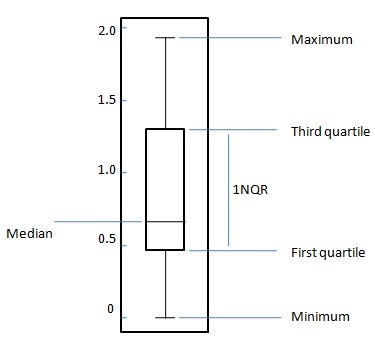 Create a box plot for the following two datasets.