Explain the concept of Normalization in DBMS?

It is the process of organizing the data in a database. It helps in removing the duplicate values in the database. Normalization divides the large table into smaller tables and links them using relationships.

The normal form is used to reduce redundancy from the database table. Normalization is the name given to the process of simplifying the relationship among data elements in a record.

In simple words we can say,

Normalization is the process of organizing data to minimize.

There are six Normal forms which are as follows −

These forms are explained in the figure given below − 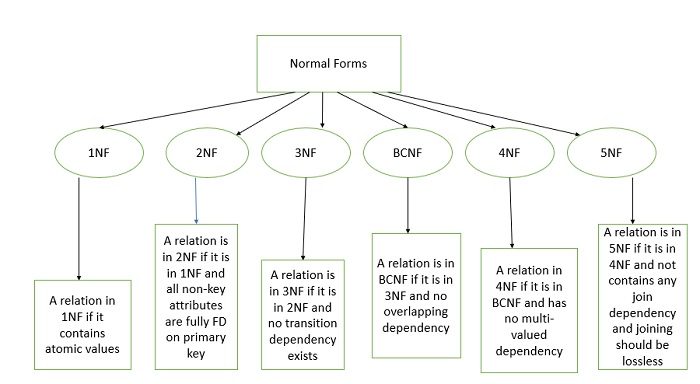 The main objectives of using normalization technique are as follows −

While decomposing, the normalization process should ensure the following two properties are satisfied −