News 1 - Salinity in Ganga rises with the rise in Water table: Study 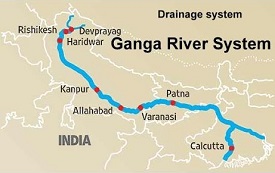 An international team of researchers led by A.M. MacDonald and H.C. Bonsor have reported that nearly 23 per cent of the 300 BCM (billion cubic metre) is extremely saline and about 40 per cent contaminated by arsenic in Ganga. The study titled "Groundwater quality and depletion in the Indo-Gangetic Basin mapped from in situ observations" was published in the journal "Nature Geoscience".

The team had analysed groundwater tables from 3,429 wells, high-resolution spatial data and studies within Pakistan, India, Nepal and Bangladesh between 2000 and 2012 for their study. 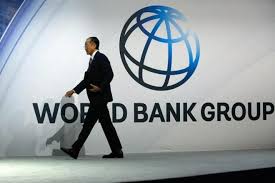 India has now been ranked 35 amongst 160 countries compared to rank of 54 in LPI 2014. This is a jump of 19 places. Germany topped the 2016 rankings. Further, in terms of the sixcomponents of the LPI i.e. Customs, Infrastructure, International Shipments, Logistics Quality and Competence, Tracking and Tracing, and Timeliness, India’s ranking is 38, 36, 39, 32, 33 and 42 respectively. 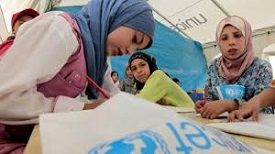 According to a UNICEF report, up to 28 million of the children have been uprooted by violent conflict, with nearly as many abandoning their homes in search of a better life.

The report, titled 'Uprooted - The Growing Crisis for Refugee and Migrant Children', also said that in 2015, around 45 percent of all child refugees under UNHCR’s protection came from Syria and Afghanistan. Turkey hosts the largest total number of recent refugees and very likely the largest number of child refugees in the world. 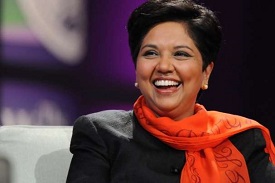 The only Indian woman ranked second in Fortune's 51 Most Powerful Women list, is PepsiCo Chairman Indra Nooyi. List was topped by Mary Barra, CEO and chairman of General Motors. She was ranked second on the list in 2015 and third in 2014.

According to Fortune reports, PepsiCo's market capitalization has increased 18 per cent to $155 billion over past 12 months. The top 6 most powerful women in the list also include, Marillyn Hewson of Lockheed Martin (3rd); Ginni Rometty of IBM (4th); Abigail Johnson of Fidelity Investments (5th) and Facebook's COO Sheryl Sandberg (6th). 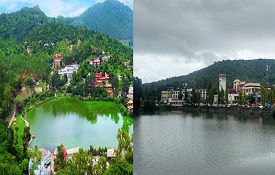 The results of the 2016 ‘Swachh Survekshan’ (Cleanliness Index) for rural India was released revealing Mandi (Himachal Pradesh) in “Hills” category and Sindhudurg (Maharashtra) in the “Plains” category as the cleanest districts in India.

A total of 22 hill districts and 53 plain areas were assessed under the Gramin Swachh Survekshan launched in May 2016.

Quality Council of India (QCI) had been commissioned to carry out the assessment. 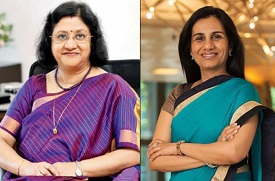 According to Fortune’s ‘50 Most Powerful Women International’ list, SBI Chief Arundhati Bhattacharya, ICICI Head Chanda Kochhar and Axis Bank CEO Shikha Sharma, are among the 50 most powerful women based outside the US.

Ms. Bhattacharya is ranked 2nd on the list, while Ms. Kochhar comes in on the 5th rank and Sharma on the 19th position in the list. The list is topped by Banco Santander’s boss Ana Bot. 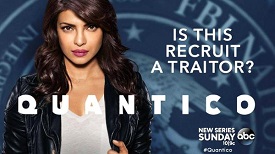 According to a recent list published by Forbes, Sofia Vergara tops the list of the world’s highest-paid TV actresses for the fifth year in a row. Priyanka Chopra, who starred on ABC’s Quantico, became the first Indian star to enter the list. She has been ranked eighth in the coveted list.

While Vergara earned a whooping USD 43 million, Priyanka has earned USD 11 million. “The Big Bang Theory” actress Kaley Cuoco is at the second position, with an earning of USD 24.5 million. 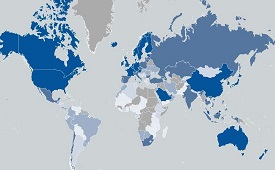 India has been ranked 112th out of 159 countries and territories in the Economic Freedom of the World: 2016 Annual Report. India fared badly in all categories i.e. legal system and property rights (86), sound money (130), freedom to trade internationally (144) and regulation (132) except the size of the government (8).

According to the report, Hong Kong has the highest level of economic freedom worldwide, followed by Singapore, New Zealand, Switzerland, Canada, Georgia, Ireland, Mauritius, the UAE, Australia, and the UK. 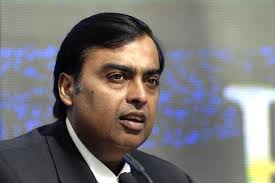 Reliance Industries chairman Mukesh Ambani has topped the list of Forbes India’s richest person for the ninnth year in a row with a net worth of $22.7 billion.

Acharya Balkrishna of Patanjali Ayurveda debuted on the list at No 48 with a net worth of $2.5 billion.

News 10 - Oxford tops the list as the world's leading university 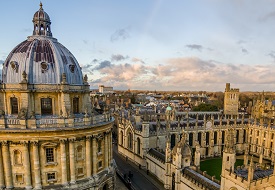 In the latest Times Higher Education world rankings index, Oxford topped the list as the world's leading university, followed by the California Institute of Technology, Stanford and Cambridge.

The United States had 63 institutions in the top 200, while the UK had 32 and Australia had eight. National University of Singapore was ranked 24th, best from the Asian region.

No Indian educational institution has find place in the top 200 list. Indian Institute of Science of Bengaluru has been placed in the rank segment of 201 to 250 while IIT Bombay is in the 301 to 350 segment.