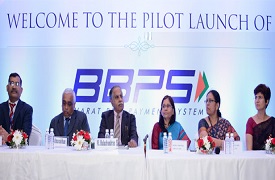 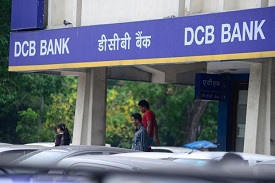 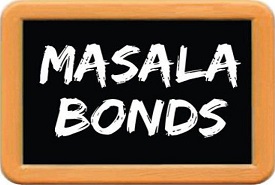 The Province of British Columbia in Canada has successfully issued an Indian Rupee denominated bond on the London Stock Exchange, making it the first-ever foreign government to issue a bond in the Indian offshore market.

British Columbia’s three-year-term Masala bond was priced to yield 6.62% semi-annual, and raised 5 billion INR. The proceeds of the bond were immediately reinvested in HDFC's second masala bond listing on the exchange.

A bond that raises Indian Rupee (INR) funds from global investors outside of India is known as a “Masala” bond. 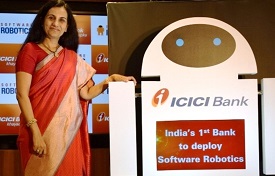 ICICI Bank became the first bank in India to deploy ‘software robotics’ in its over 200 business processes, thereby reducing the response time to customers by up to 60 per cent and performing high volume and time consuming business tasks in less time.

The software robots will process over 10 lakh transactions daily and increased accuracy to 100%, thus improving value-added services and customer relationship.

The bank will engage 500 software robots by the end of the year which will help it to automate 20% of its total transactions. 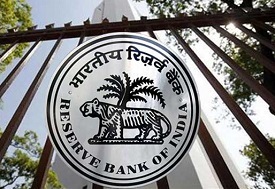 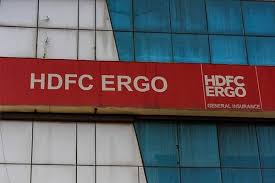 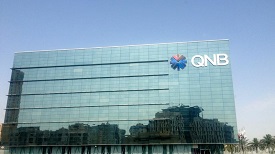 Qatar National Bank (QNB) has been given approval to open a branch in India offering banking services. The bank has a presence in more than 30 countries across Europe, the Middle East, Africa and Asia.

QNB has obtained the necessary required approval of India's regulatory authorities to conduct operations in India.

The bank had in June 2016 completed the 2.7 billion euro purchase of Turkey's Finansbank. It is the Gulf region's largest lender. 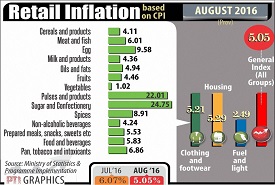 Retail inflation eased to a five-month low of 5.05 per cent in August 2016, mainly because of a sharp fall in food inflation.

Retail inflation had stood at 6.07 per cent in July this year, and 3.74 per cent in August last year.

Inflation in vegetables was just 1.02 per cent in August. Overall retail food inflation in August slipped to 5.91 per cent.

Retail inflation in cereals and products was 4.11 per cent in August. 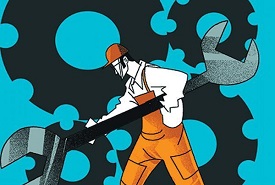 Industrial production contracted 2.4 per cent in July 2016--its worst performance in eight months. This was mainly due to a fall in output of the manufacturing and capital goods sectors. Factory output, as measured by the Index of Industrial Production, IIP, had grown 4.3 per cent in July last year. 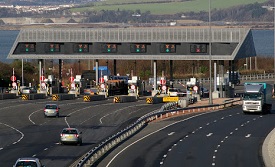 State Bank of India, Punjab National Bank, IDFC Bank and the digital wallet Paytm will start issuing electronic tags for vehicles, which are required for electronic toll collection at toll plazas. The government had initially tied up with ICICI Bank which has so far issued 60,000 pass tags.

Each vehicle is provided with an RFID chip that helps in its identification and is pasted on the windshield of a vehicle. Dedicated readers installed at the toll plazas read the vehicle data and the sum to be paid gets deducted from the account or from the prepaid wallet linked to the tag. 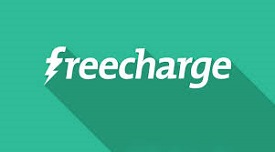 Customers will be able to create a virtual address on the FreeCharge Android app and link it to their bank account to register on the UPI platform. The partnership allows FreeCharge users to pay for transactions from their bank accounts and they don't have to be existing customers of Axis Bank. 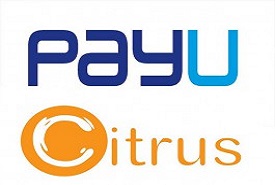 Global payment service provider PayU has acquired Indian payments technology company, Citrus Pay, for $130 million in an all cash deal. The agreement is due to close in the third quarter of 2016 and is considered to be the largest ever merger and acquisition cash deal in the Indian fintech sector.

Citrus Pay was founded in 2011 by Jitendra Gupta. PayU is part of Naspers, a global Internet and entertainment group. Investec acted as the sole advisor to the transaction. 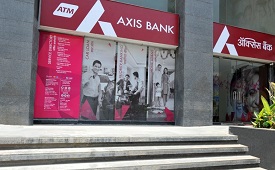 Axis Bank has tied up with Banaras Hindu University (BHU) to offer specialized banking courses. The bank along with the Faculty of Commerce at BHU will develop the design and curriculum of courses. Together, they will also decide on e-learning modules, structure and courseware. 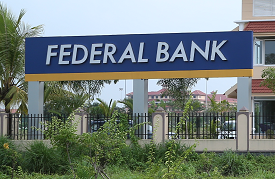 As a part of CSR initiative, Federal Bank launched its second Federal Skill Academy at Coimbatore. The first such academy was launched at Ernakulum in 2015.

The new academy will be initially providing an in-demand CNC Machine Operator Certificate Course in Milling & Turning, which will be certified by COINDIA. The academy will support underprivileged students to get employment opportunities both in India as well as abroad on successful completion of the course. 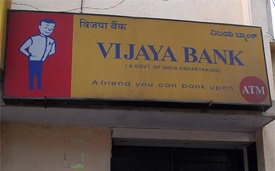 Vijaya Bank has launched three innovative information technology (IT) products. The new IT products are: VPAYQWIK, Vijaya *99# and V-eConnect+.

VPAYQWIK is a complete mobile payment wallet. It is a one-stop destination for shopping, quick mobile recharge, any-time bill payment, instant ticket booking. Vijaya *99# is a non-internet-based app and uses the USSD channel for completing transactions. VeConnect+ is an app that aggregates various e-products of the bank. The app acts as an entry point for customers to know about and use various online products of the bank. 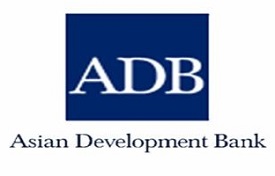 The East Coast Economic Corridor will ultimately extend from Kolkata in West Bengal in the northeast of India to Tuticorin in Tamil Nadu near the southern-most point of the country. 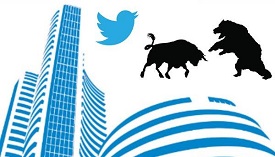 BSE has tied up with Twitter and introduced four unique features to allow people to follow the market. BSE will give its investors live status, opening and closing figures of the market and stock prices.

The four new features are hourly tweets, autoresponder tweets for Sensex 30 stock prices, auto direct messages for opening and closing figures of Sensex 30, and a live display photo that will change every two minutes to project the Sensex figure. 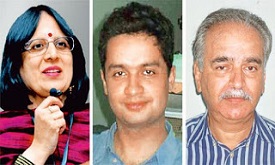 The appointments will be for four years, or until further orders. The other three members of the six-member panel that will set interest rates will be from the RBI. RBI Governor Urjit Patel will chair the committee. R Gandhi, Deputy Governor of RBI and Michael Patra, Executive Director are the other two members. 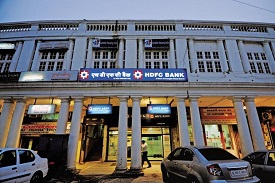 The BrandZ Top 50 Most Valuable Indian Brands ranking released by WPP Group and Kantar Millward Brown listed HDFC Bank as India’s most valuable brand for the third successive year. HDFC Bank was also the only Indian brand in the BrandZ top 100 most valuable global brands list released in June.

Airtel and State Bank of India ranked second and third in the list followed by Asian Paints, ICICI Bank, Bajaj Auto, Kotak Mahindra Bank, Maruti Suzuki, Hero and Axis Bank as others in the top 10 respectively. 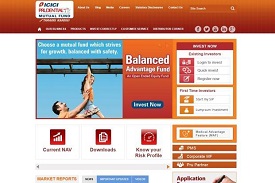 It is an important initiative taken by the department for asset manager for domestic investors as well as foreign institutional clients.

Mobile payments and first Fintech start-up ftCash has tied-up with ICICI Bank, which is the first bank to launch the Unified Payment Interface (UPI) platform for merchants to make payments easier for them. ftCash is a virtual point of sale (POS) for micromerchants to accept payments through credit cards, debit cards, wallets such as Freecharge, Mobikwik, PayPal.

The ftCash targets to cover 60+ million micromerchants such as milk vendors, newspaper agents, departmental stores, etc. with the power of digital payments and loans.

The Reserve Bank of India Act, 1934 (RBI Act) has been amended by the Finance Act, 2016, to provide for a statutory and institutionalised framework for a Monetary Policy Committee, for maintaining price stability. The Monetary Policy Committee would be entrusted with the task of fixing the benchmark policy rate required to contain inflation within the specified target level.

The meetings of the Monetary Policy Committee shall be held at least 4 times a year. The provisions of the RBI Act relating to Monetary Policy have been brought into force through a Notification in the Gazette of India Extraordinary. 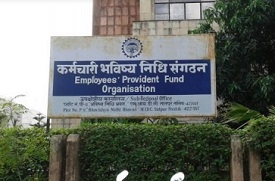 The Government has decided to raise the Employees Provident Fund (EPF) investment in Exchange Traded Funds from present 5% to 10%. Accordingly, for the last one year, the EPFO has invested Rs. 6,577 crores in ETF for the financial year 2015-16.