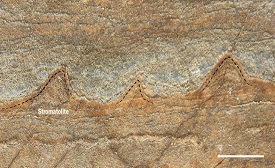 Archaeologists have found a 3.7 billion-year-old fossil in Greenland and is believed to be the oldest fossil ever found on Earth. the fossil was discovered in the world’s oldest sedimentary rocks in the Isua Greenstone Belt along the edge of Greenland’s icecap. The findings were published in journal Nature on 31 August 2016.

Scientists believed that life on Earth started 3.8 billion years ago, but there was no physical evidence to prove it. This is the first evidence that proves when life actually started on Earth. 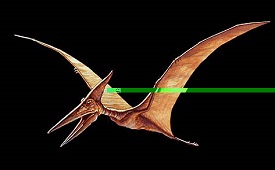 Scientists have discovered a new species of pterosaur − an extinct group of flying reptiles – from the early Jurassic period in the Patagonia region of South America. The discovery was published in the journal PeerJ.

The researchers have named this new species 'Allkauren koi' from the native Tehuelche word 'all' for 'brain', and 'karuen' for 'ancient'. The flying reptile lived in the early Jurassic period. Paleontologists found the new fossil in north central Chubut province in Argentina. 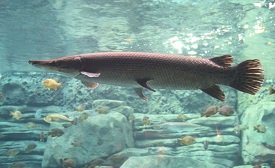 A newly discovered fish species, of the genus Tosanoides, will be named after U.S. President Barack Obama in honor of his contributions to marine life conservation in Hawaii.

The fish is found only within the Papahanaumokuakea Marine National Monument, a World Heritage site. Obama expanded the monument to include 582,578 square miles and the 7,000 species that live there, including endangered monk seals, whales and sea turtles. Earlier a species of darters found only in the Duck River and the Buffalo River in US was named Etheostoma Obama in 2012. 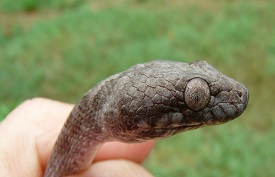 Scientists have discovered a new snake species at the Ankarana National Park in Madagascar and named it “ghost snake” for its pale grey coloration and elusiveness. It has been named Madagascarophis lolo, pronounced “luu luu” which means ghost in Malagasy. It was published in the scientific journal, Copeia. 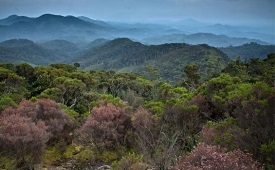 A research team has discovered that the world's wild areas have reduced by a tenth in the past two decades. The research findings were published in the journal Current Biology. 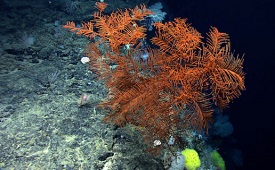 The Ministry of Environment, Forest and Climate Change (MoEFCC) announced an ambitious collaborative R&D programme to develop next generation, sustainable refrigerant technologies as alternatives to HFCs. With this initiative, India reaffirms its commitment to working with all other nations to safeguard the Earth’s natural ecosystem.

The initiative is a significant step forward in line with India’s national focus on research, innovation and technology development and Mission Innovation. The research initiative of the Ministry will be led by the CSIR’s Indian Institute of Chemical Technology, Hyderabad. 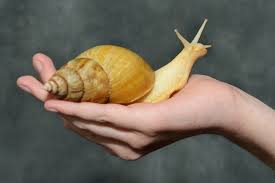 Giant African Land Snail (GALS) has been sighted near Goa University campus at Taleigao plateau. GALS (Achatina fulica) has been listed as one of the world’s 100 most invasive species by IUCN.

Ecologically, the species are dangerous as they reproduce faster and take over entire ecosystems. They thus become a menace to crops. They also have a potential to displace local land snails species. It may also pose a health threat as they are vectors of human disease such as brain fever. 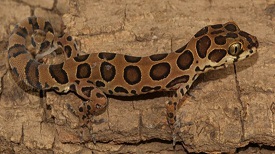 It is found in various forest localities of states like Maharashtra, Gujarat and one locality from Madhya Pradesh. They are active during night and take refuge under rocks and logs during the day. It is an international honour, as this is the third time after a new snake species and a lizard species − both endemic has been discovered from the biodiversity rich Western Ghats of Maharashtra-Karnataka region.