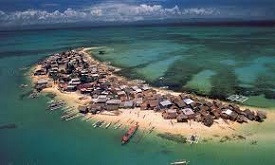 The Guinness World Records declared Assam's Majuli as the largest river island in the world. Majuli is a 400 sq. km island in the river Brahmaputra.

Majuli is currently a sub-division of Jorhat district. It became the 34th district of Assam. It is the largest mid river delta system in the world. It is also comprised of many islets locally called the Chaporis. It has shrunk from about 1250 sq. kms in 1891 to about 515 sq. kms now because of massive river-bank erosion caused by the Brahmaputra. 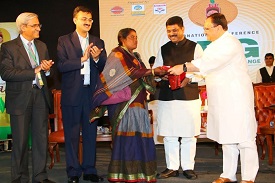 State-owned petroleum companies held the nation's first international conference on cooking gas in Bhubaneswar. The conference will focus on the need for an LPG-enabled household and use of traditional cooking fuels.

The event will also highlight the problems arising due to absence of cooking gas, the usage of traditional bio mass cooking fuels and their impact on both health and environment. Delegates from developing countries such as Brazil, Ghana, Nigeria, Nepal and Sri Lanka also participated in the conference. 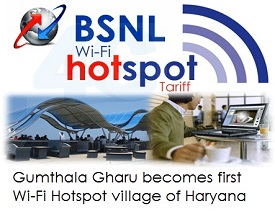 BSNL Haryana circle has a plan to have 238 WiFi hotspot locations with 1072 access points in the state and the project would be implemented to its full capacity during the current financial year.

The library built at the cost of Rs.28 crore and standing on 90,000 sq. ft. has been named ‘Bharat Ratna Dr. APJ Abdul Kalam Learning Resource Centre’. It will remain open 24X7. It was the initiative and hard work put up by Prof. N V Deshpande, Director. 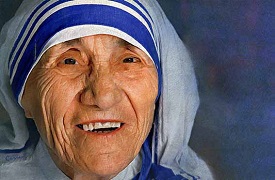 The first ever Mother Teresa International Film Festival was organized by the Sisters of Charity in collaboration with other religious congregations in Shilong. The MTIFF 2016 celebrates the canonization of Mother Teresa.

Films, documentaries and short films showcasing the life and work of Saint Teresa of Kolkata would be screened at the festival. The three-day film festival began with the screening of documentary film, “Mother Teresa and Me” by Director and Producer, Gautam Lewis of United Kingdom. 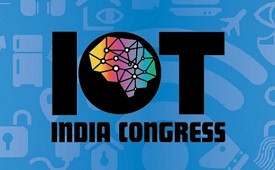 The first edition of IoT India Congress 2016 was conducted in Bengaluru, Karnataka. The main objective behind the event was to bring key stakeholders together and build a common roadmap for Internet of Things (IoT) implementation. IoT will generate economic benefits of almost $2 trillion to India.

It was a three-day event where award ceremony was also organized for IoT Thought Leadership Awards 2016 and the IoT Start-Up Awards 2016. The event was inaugurated by Ravi Shankar Prasad, Union Information Technology (IT) and Electronics Minister, and JS Deepak, Secretary, Ministry of Telecommunications. 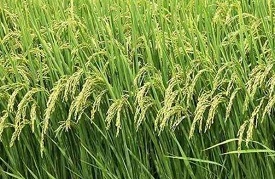 The National Conference on Agriculture for Rabi Campaign 2016 was held on 15th-16th September 2016 at Vigyan Bhawan, New Delhi. The two days’ Conference looked at the implementation progress of important schemes related to Agriculture and Farmers’ Welfare announced by the Centre in the last two years.

The Conference was attended by the Secretaries of Ministry of Agriculture and Farmers Welfare and State Agriculture Secretaries and other senior officials dealing with Horticulture, Post Harvest Management and agricultural marketing. 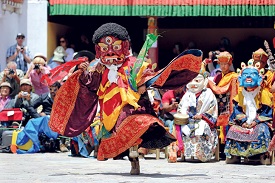 The Naropa festival, which is held every 12 years, began at the 17th century Hemis Gompa (Monastery), the seat of the Drukpa Order in Leh. The month-long festival celebrates Buddhist yogi Naropa’s life, the 1,000th birth anniversary of Saint Naropa, in a spectacular pageant.

The festival is also known as the Kumbh Mela of the Himalayas. It is a carnival of dance, music and spiritual teachings that brings people together. Hemis Gompa is the most renowned and biggest monastery of Ladakh. 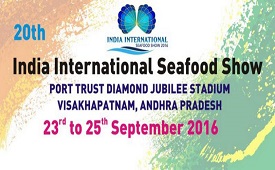 The 20th edition of India International Seafood Show (IISS) was held from 23rd to 25th September 2016 at Port Trust Diamond Jubilee Stadium, Visakhapatnam. It is one of the largest Seafood Fairs in Asia.

With increasing emphasis on aquaculture, the theme of IISS 2016 will be "SAFE AND SUSTAINABLE INDIAN AQUACULTURE". The very objective of organizing the IISS is to highlight India's commitment on safe and sustainable practices in fisheries, both capture and culture. 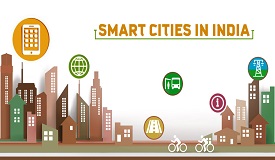 During an Indo-French workshop, FENET ensured Smart City Project (SCP) will transform the city into happening city and thus improve its institutional operational and financial structure. 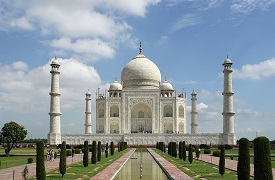 First childhood cancer awareness exhibition was held at Taj Mahal in Agra and around 1500 children participated. The event was a part of ‘Go Gold India-Taj Goes Gold and UP Goes Gold’ campaign of non-government organisation (NGO) ‘Can Kids... Kids Can’, National Society for Change for Childhood Cancer in India.

The UP Government has planned to open a centre for cancer at Sultanpur road in Lucknow. September is Childhood Cancer awareness month to honour the bravery and courage of children with cancer and their families. 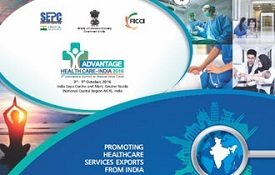 Ministry of Commerce and Industry will be organizing the second edition of ‘Advantage Health Care India 2016 (AHCI 2016)’, an International Summit on Medical Value Travel with the aim of ‘Promoting Healthcare Services Exports from India’, scheduled from 3 - 5 October, 2016 at India Expo Centre & Mart, Greater Noida.

The objective of this international summit is to promote India as a Premier Global Healthcare Destination and to enable streamlined medical services exports from India involving 5Ts. i.e. Tradition, Technology, Tourism, Talent and Trade. 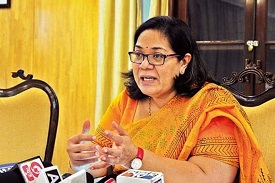 The 2-day 5th National Conference of Heads of Prisons of States and UTs on Prison Reforms held at New Delhi to extend legal aid, rehabilitation and grievance redressal related to women prisoners.

The Conference passed 12 resolutions including changing the nomenclature of Prisons to Correctional Administration or Correctional Homes, creation of Probation Officers vacancies, appointment of Welfare Officers, Counsellors and Law Officers, adoption of the Model Prisons Act, linking of prisons with courts through video conferencing and integrating Prison e-system with the CCTNS project. 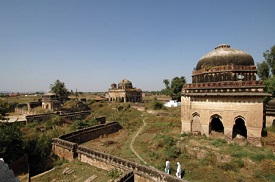 A campaign on war-footing has been initiated by the Central Government to free the WAQF properties from illegal occupations across the country. National Minorities Development & Finance Corporation (NMDFC) has provided financial assistance of about Rs. 1723 crores during the 11th and 12th plan which has benefitted more than 4 lakh people. 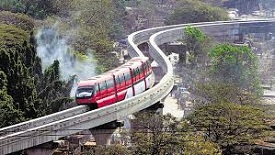 Kolkata is also set to get a monorail service of its own, a project to be funded by Burn Standard at total cost of Rs. 4,216 crores. There will be a minimum requirement of land which will be provided by the State Government.

For execution of the monorail project, MoU will soon be signed between the transport department and Burn Standard Company Ltd for the 14-kilometre-long monorail route, from Budge Budge in South 24-Parganas to Ruby Connector in Kolkata.