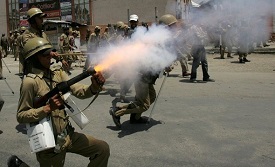 A seven-member Expert Committee under the chairmanship of T.V.S.N. Prasad, Joint Secretary, Ministry of Home Affairs, for exploring the other possible alternatives to pellet guns as non-lethal weapons submitted its report to the Union Government.

The panel was constituted after scores of protesters were blinded by the use of pellet guns in the Valley.

The committee in its report recommended PAVA (Pelargonic Acid Vanillyl Amide), containing an irritant chemical found in natural chilli, to be used against protesters in Kashmir. PAVA is also called pepper shots. 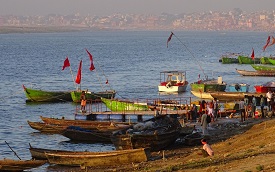 The Central Government has constituted fourmember expert committee to study silt in river Ganga in Bihar, headed by member of Ganga Flood Control commission A.K. Sinha. The committee will submit its report within 10 days. 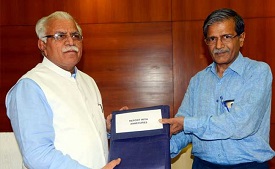 Justice SN Dhingra Commission set up by the Haryana government submitted its report. The commission was set up in May 2015 to probe the grant of licenses for change in land use (CLU) in four villages of Gurgaon, including the license granted to a company (Sky Light Hospitality Private Limited) owned by Robert Vadra.

The 182-page report has two parts − one part has facts, the other contains proofs. The report elaborates the manner adopted to commit irregularities and the people behind it. The four villages of Gurgaon are Shikohpur, Sikanderpur, Badah and Kherki Dhaula. 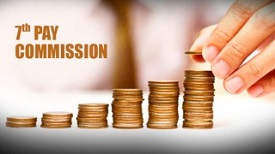 The government has set up a committee to look into various pay related anomalies arising out of the implementation of the Seventh Central Pay Commission's recommendations. The 22-member panel will be headed by Secretary, Department of Personnel and Training (DoPT).

According to the DoPT, the panel will have members from both the official and staff side.From the government side, it will have Member (Staff) Railway Board, secretaries of Department of Telecommunications and Department of Posts, as its members. The Centre has accepted most of the recommendations of the 7th Pay Commission, to be implemented from 1st of January, 2016. 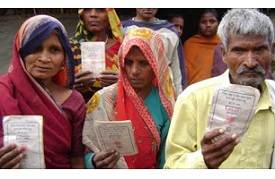 The task force headed by NITI Aayog ViceChairman Arvind Panagariya has submitted its report to the Prime Minister's Office (PMO). The task force was formed to prepare a road map for elimination of poverty as well as suggest strategies and anti-poverty programmes. The task force has suggested to set up a new committee to identify people below poverty line (BPL).

The task force has also suggested participation from states in defining the BPL population. The task force was supposed to submit its report by June 30, 2015. 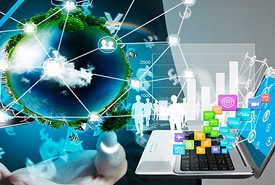 Commerce and Industry Ministry set up an eight-member Task Force on Innovation. The Team comprises of government officials and experts from private organizations. The task force will assess India’s position as an innovative country and suggest measures to enhance the innovation ecosystem in India. 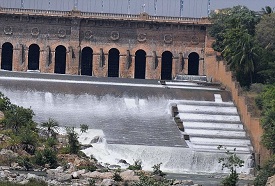 Union water resources secretary and chairman of the Cauvery Supervisory Committee, Shashi Shekhar ordered Karnataka to release 3000 cusecs of water per day to Tamil Nadu from 21 to 30 September 2016 on the account of overruling differences between the two states.

The Karnataka government will move to Supreme Court so as to challenge the Cauvery Supervisory Committee's order, due to need for drinking and irrigation water in Karnataka whereas Tamil Nadu requested for release of water as ordered by the Cauvery water dispute tribunal.