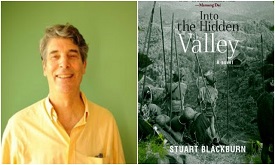 A book titled ‘Into the Hidden Valley’ penned by Stuart Blackburn based on the story of Apatani tribe of Arunachal Pradesh during British India, won the 2016 MM Bennetts Award for Historical Fiction in the UK. The award was presented to the author at a ceremony held at HNS Conference in Oxford.

The novel is published by Speaking Tiger. The novel explores a situation where an Arunachal tribe forcibly collides with British Empire and its impact. The novel provides situational dramatization of the colonial encounter with tribes by telling two stories, one of a British official and the other of a tribesman. 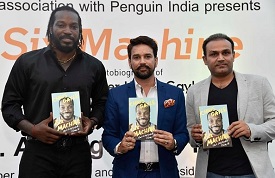 West Indies batsman Chris Gayle launched his book in India. The destructive batsman has penned down his life story in an autobiography called − 'Six Machine'. The book is published by Viking - Penguin UK.

The autobiography gives a comprehensive account of the colorful life of the swashbuckling batsman, who has given many unforgettable memories to T20 cricket fans. Christopher Henry "Chris" Gayle is a Jamaican cricketer. 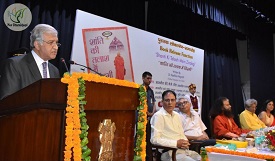 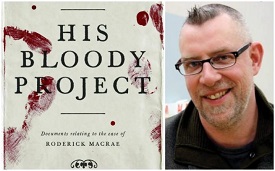 British Author Graeme Macrae Burnet has been shortlisted for this year’s Man Booker prize for his novel "His Bloody Project". His book reached the final six. Burnet lays out the mind of a killer in a courtroom drama in his novel. The winner, who will be announced on October 25, will receive 50,000 pounds.

The other five books shortlisted are:

The Consul General of Malaysia in India, Eldeen Husaini Muhammad Hashim, released the translated version of 'Sai Charitra Granth', a book on the life of Sai Baba in Shirdi, Maharashtra. The book is translated into Malay by a social outfit called 'I love Sai'.

Sri Sai Gurucharitra is a biography on the life of Sai Baba of Shirdi, written by his devotee Ganpatrao Dattatreya Sahasra-buddhe, better known as Das Ganu Maharaj. 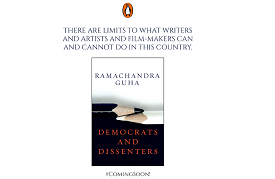 A book titled Democrats and Dissenters authored by Ramachandra Guha was released in September 2016. The book is a collection of essays on topics ranging from India’s relation with its neighbors, to issues of democracy and violence within the country.

The book covers a wide range of themes such as some unique aspects of the Indian nation, challenges to tribal and minority rights, and flaws within the Indian legal framework.