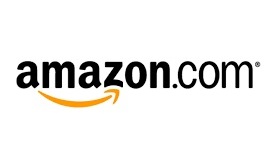 LG Electronics Inc has tied-up with Amazon.com Inc on smart-home services. With the tie-up, LG could integrate Amazon's Alexa virtual assistant with its SmartThinkQ hub, which would enable homeowners to control their appliances via voice recognition technology.

Also, Amazon’s Dash feature would allow smart features on common household appliances. Alexa will work with its SmartThinkQ Hub, an LG device used to connect with home appliances over the internet. 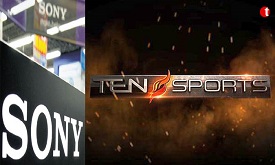 Sony Pictures Networks India (SPN) announced that SPN and its affiliates have entered into definitive agreements to acquire TEN Sports Network from Zee Entertainment Enterprises Limited (ZEE) and its subsidiaries for 385 million U.S. dollars. Completion of the acquisition is subject to regulatory approval. 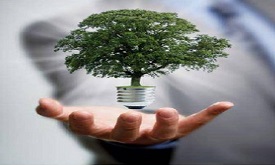 PTC India Financial Services has entered into arrangements with scheduled commercial banks so that the banks will issue letter of credit to project companies in the renewable energy space on the basis of letter of comfort issued by PFS and due diligence on ‘certain parameters’.

Under the new arrangement, letter of credit can be opened in a much shorter time on case-to-case basis and project companies shall not be required to separately pursue with each bank. 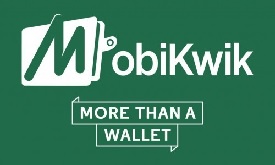 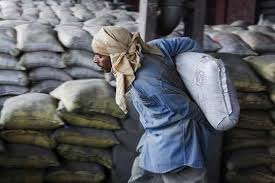 The Builders Association of India (BAI) had filed complaint against the cement companies and the CMA alleging in collectively fixing prices of cement. The CCI is quasi-judicial statutory body to look after unfair practices that adversely affect competition in different industries and protect interests of consumers and ensure freedom of trade. 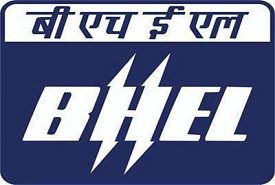 BHEL is presently executing Hydro Electric Projects of around 3,300 MW in the country which are under various stage of implementation.

MobiKwik has launched a one-step offline payments mode, called Bubble Pin. This pin can be generated on the MobiKwik app by clicking on 'Pay at store' and is valid for 60 seconds. The user needs to share this pin with the merchant to make a payment. The pin is a combination of alphabets and numbers.

Soon, users can use this functionality in over 25000 offline stores, pan India. Bubble pin also makes the transaction more secure as no phone number is required to be shared. 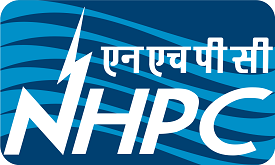 BHEL and NHPC Ltd. signed a Contract Agreement for the Renovation and Modernization (R&M) of the 180 MW Baira Siul HEP in Himachal Pradesh. Baira Siul will be NHPC’s first power station where R&M works will be undertaken for the purpose of life extension of the generating station.

The scope of the agreement includes electromechanical works package comprising supply, installation, commissioning of turbines and accessories and dismantling of the existing system. 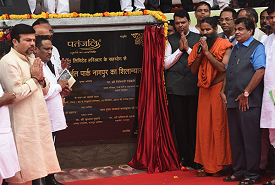 Maharashtra Chief Minister Devendra Fadnavis laid the foundation stone of Patanjali Mega Food and Herbal Park, promoted by yoga guru Ramdev in Mihan area in Nagpur. the park stands on a 230-acre land. It will have Patanjali's production units and provide direct employment to 10,000 youths.

The company plans to develop a Rs 1,000-crore food park at Multi-model International Cargo Hub and Airport, Nagpur (MIHAN), where juices would be made from famous Nagpuri oranges and for the first time packaged as a brand. 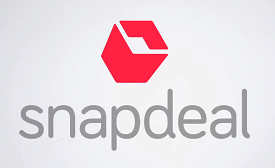 Wadhwa Group has tied-up with e-commerce platform Sanpdeal to make its properties accessible to customers online. Snapdeal will showcase the Group’s project ‘Elite’ in partnership with Terraform Realty, which features 1, 2, 2.5 and 3 BHK apartments and an array of amenities.

With this tie-up, the Wadhwa Group has stepped into the e-commerce space, and is now showcasing their project. With over 18 million members, Snapdeal.com is the shopping destination for millions of internet users across the country. 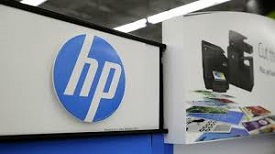 HP Inc., the world leader in printing, announced a definitive agreement to acquire Samsung Electronics Co., Ltd.’s printer business in a deal valued at $1.05 billion. The transaction, subject to regulatory and shareholder approval, will close within 12 months.

News 13 - Wholesale inflation soars to two-year high of 3.74% in August 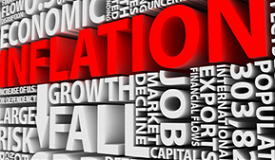 Wholesale price index (WPI) inflation in vegetables cooled to 0.17% in August, from a spike of 28.05% in July. Pulses inflation continued to rule high at 34.55% in August. Overall, the food inflation basket showed some moderation with inflation at 8.23% in August, against 11.82% in July. 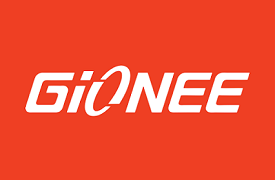 Gionee Communications Equipment Company Limited has signed a Memorandum of Understanding with the Haryana state government to set up its phone manufacturing hub with an initial investment of Rs 500 crore. The investment would be increased to Rs 1500 crore.

The Mobile Manufacturing Hub would be set up over an area of 40-50 acres in Faridabad and would provide employment to 28,000 people in next three years. The company aims to manufacture about 600,000 mobile phones per month. 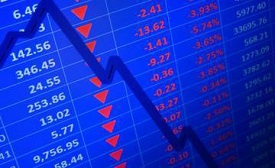 The country's exports declined for the second consecutive month, falling 0.3 percent in August 2016, to 21.5 billion dollars. Imports contracted 14 per cent, to 29.9 billion dollars in August.

Gold imports slumped 77.5 per cent, to 1.1 billion dollars in August. Oil imports during the month fell 8.5 per cent. 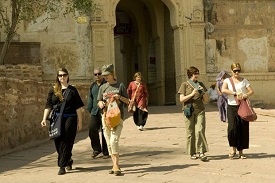 Over 196 per cent growth has been registered in tourist arrival on e-Tourist Visa in August this year over the same period last year.

According to an official release, a total of over 66 thousand tourists arrived in August this year as compared to around 22 thousand during the month of August 2015.

E-Tourist Visa facility is available for citizens of 150 countries arriving at 16 Airports in India. 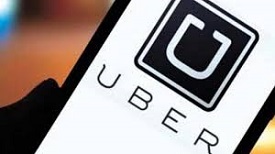 Uber has partnered with Maruti Suzuki and National Skill Development Corporation (NSDC) for creating livelihood opportunities for one million people by 2018.

The new initiative, UberSHAAN, will work on skill development and driver-training programmes to provide microentrepreneurship opportunities to drivers under the Uber platform. Maruti Suzuki will assess and train 30,000 commercial drivers for Uber, over the next three years. The eligible drivers to gain access to NSDC’s 158 training centres across 28 cities to get training, apart from receiving soft skills. 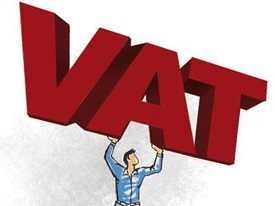 The Maharashtra Government has hiked the standard Value Added Tax - VAT rate from 12.5 to 13.5 percent while the general tax rate has been hiked from 5.5 percent to 6 percent.

The government has also increased the VAT levied on petrol by Rs 1.50 per litre but has refrained from hiking VAT imposed on diesel.

The hike in petrol alone is likely to generate additional revenue of at least 600 crore rupees. 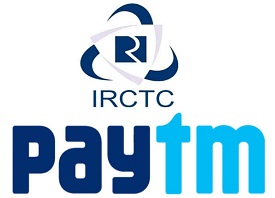 Paytm has tied up with IRCTC to enable digital payments for travelers. Paytm's payment gateway is getting integrated to IRTC's app. Paytm is India’s largest mobile payment and commerce platform.

The Paytm Wallet is already accepted on the IRCTC platform. Paytm has emerged as one of the most credible and convenient payment option in India. www.irctc.co.in is one of the biggest e-commerce sites in the world with a daily transaction of more than Rs 50 crores. 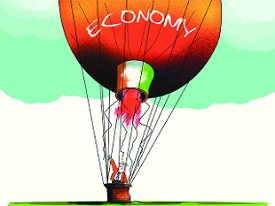 Standard and Poor’s (S&P) Global Ratings has pegged the growth rate at 7.9 per cent in 201617 and 8 per cent a year later. Growth in 201516 is pegged at 7.6 per cent. This rate is way above the forecasts done by other international agencies, including IMF's 7.4% growth forecast.

The latest gross domestic production (GDP) figures showed that India's growth slowed to 7.1% in the April-June quarter, from 7.9% in January-March period. 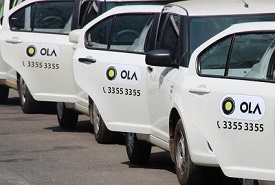 Transportation app Ola tied-up with Yatra.Com for Cab Booking Interface Integration with Yatra.com. Thus, users will be able to book a ride directly through Yatra.com's App even if someone does not have the Ola application installed on his/her device.

Uber had announced a similar partnership with eCommerce major Snapdeal in August 2016. Ola has also opened up its Application Programming Interface (API) to other apps like Makemytrip, Oyo Rooms etc. 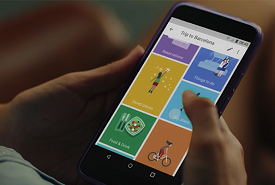 Google Inc. has rolled out Google Trips, a new travel app that lets users plan each day of their trip and help them manage travel reservations. The app can also keep track of users' flight, hotel, car and restaurant reservations.

For top 200 cities, the app features various day plans on the basis of featuring the most popular daily itineraries. The users can use the app in offline mode by downloading trip information. 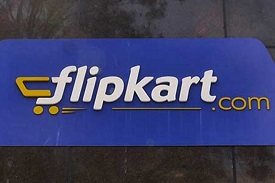 Flipkart also become the first company to reach this milestone in a single country outside the United States and China. The Indian e-commerce market is among the fastest growing in the world. 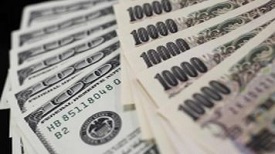 The country's current account deficit, CAD, narrowed sharply to just 300 million dollars, or 0.1% of GDP in the first quarter of the current fiscal. Data released by the Reserve Bank of India showed that the CAD fell due to a lower trade deficit. 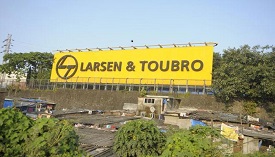 Larsen & Toubro (L&T) has signed the principle contract with Vietnam Border Guard valued at USD 99.7 Million for design and construction of high speed patrol vessels in India as well as for transfer of design and technology along with supply of equipment and material kits for construction of follow-on vessels at a Vietnam shipyard.

Constructed of Aluminum alloy, the vessels are about 35 metres long and can clock a speed of 35 knots with a state-of-the-art navigation and surveillance equipment and self-defense capabilities on board. 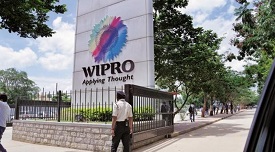 Wipro Singapore Pte, a part of Wipro Consumer Care and Lighting, announced the acquisition of Chinese FMCG firm Zhongshan Ma Er Daily Products for an undisclosed sum, in an all-cash deal. As part of the deal, Wipro will have access to manufacturing facility for three years.

It was the 10th acquisition for the company since 2003. BNP Paribas acted as the exclusive financial adviser to Zhongshan Ma Er. Zhongshan Ma Er has a revenue run rate of $75 million currently. 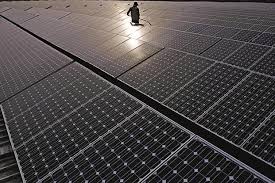 The World's largest 648MW Solar Power Plant unveiled in Kamuthi, Ramanathapuram, Tamil Nadu with an investment of Rs. 4,550 Crores by Adani Energy Group. It is a part of the State Government's ambitious aim of generating 3,000 Mega Watts as per the Solar Energy Policy unveiled by the Government in year 2012.

The entire 648MW plant is now linked with the Kamuthi 400 KV sub-station of Tantransco, making it the world's largest solar unit at a single location.

News 28 - Adobe to deliver its Cloud Services on Microsoft Azure 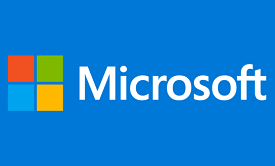 Infosys will use its global consulting to bring Skava Commerce to its global client base of retailers, CPG companies and others, who need a flexible and modular approach to maximize the value of digital customer engagement.