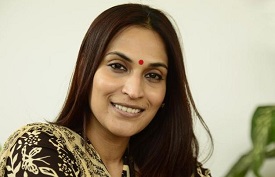 She will help raise awareness of UN Women’s core messages of gender equality and women’s empowerment across India, boosting the organization’s efforts to close the gender gap and achieve a more equal world—Planet 50-50—by the year 2030. 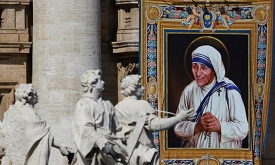 Mother Teresa has been declared a saint in a canonization Mass held by Pope Francis in the Vatican. She will be known as Saint Teresa of Calcutta.

She spent nearly fo ur decades working with the dying and the destitute in Kollkata. Two apparent cures of sick people after Mother Teresa's death in 1997 have been attributed to her intercession. Hundreds of Missionaries of Charity sisters attended the event, along with 13 heads of state or government. With an aim to boost tourism, the government of Arunachal Pradesh has roped in Bollywood star John Abraham as the brand ambassador of the state tourism.

John will be seen in advertisements promoting hospitality and tourism. Arunachal Pradesh will be promoted as a 'Must See, Must Experience' state.

BE Viacom18 has partnered with the government of Arunachal Pradesh to provide consultation services in order to promote tourism in the state. 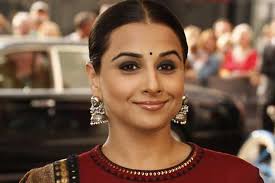 Bollywood actress Vidya Balan has been roped in as brand ambassador of the ambitious Samajwadi Pension Yojana of the Uttar Pradesh government. The main Objective of the scheme to encourage savings among people living below the poverty line and provide them financial assistance.

The state government has launched the scheme with an aim to provide Rs 500 per month to poor women and cover at least 50 lakh beneficiaries in the state. The actress had earlier been associated with the “ghar-ghar shauchalya” campaign of the union government. 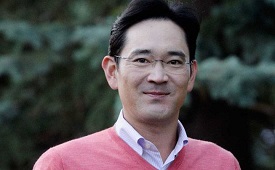 Samsung Electronics Vice Chairman Lee Jaeyong will be appointed as a Director of the board of the company. He will take control and responsibility in the management as a registered executive director on the board.

The decision has been made under an urgent need for strategic decision-making on aggressive investments and new growth engines from a long-term perspective.

In 2014, he was named the world's 35th most powerful person and the most powerful Korean by Forbes Magazine's List of the World's Most Powerful People along with his father Lee Kun-hee. 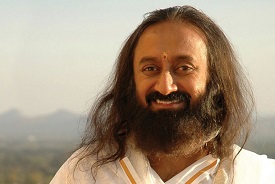 Ravi Shankar has joined hands with the Jewish human rights organisation in its activities in the past. He had also denounced the widespread marketing of Hitler’s book, Mein Kampf, as a ‘management tool’ in India in 2009. 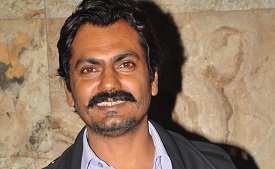 The Uttar Pradesh government has roped in Bollywood actor Nawazuddin Siddiqui as the brand ambassador of its flagship programme 'Samajwadi Kisan Beema Yojana'.

The scheme is aimed at insuring farmers and provides many facilities like cashless treatment upto Rs 2.5 lakh and Rs 1 lakh for organ transplant. The beneficiaries will be issued a plastic card which will have details of all family members who are covered in the scheme. 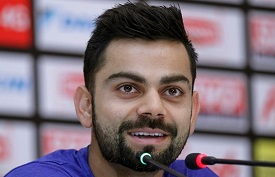 Virat Kohli has been roped in as the new brand ambassador of Punjab National Bank. Kohli’s new association with the bank is expected to improve the bank's image which has taken a hit due to rising bad loans. 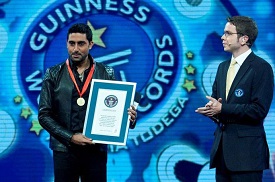 Abhishek Bachchan holds a Guinness World Record for 'Most Public Appearances Made by a Film Star in 12 Hours'. He achieved this while promoting his film Delhi-6 in the year 2009.

In the process, he beat Hollywood actor Will Smith who had made three public appearances in 2 hours during the promotions of his film "I, Robot" in 2004.

He did all his promotional activities in 7 cities viz., Ghaziabad, Noida, Faridabad, Delhi, Gurgaon, Chandigarh and Mumbai on February 22, 2009, within a period of 12 hours. 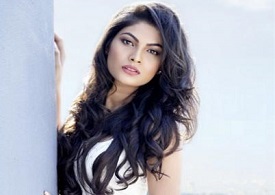 Lopamudra Raut belongs to Nagpur, Maharashtra. She also won title of the Best National Costume sub-contest, which was designed by Melvyn Noronha.