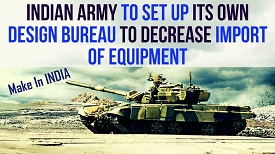 The Indian Army formally announced the establishment of the Army Design Bureau. The Bureau will act as an interface of the Indian Army with the Defence Research and Development Organization (DRDO), academia, defence PSUs, OFBs and private industry, paving the way for high-quality research and development of defence products. It will also fulfill the government’s ‘Make in India’ initiative.

Army Chief General Dalbir Singh also launched the ‘Make in India Army Website’ meant to serve as a one stop platform for information to vendors. 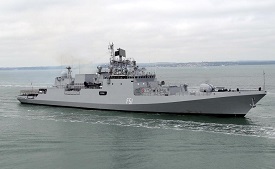 The visit is aimed at enhancing bilateral ties, strengthening the existing bonds of friendship and reinforcing cooperation in maritime security between India and Tanzania. 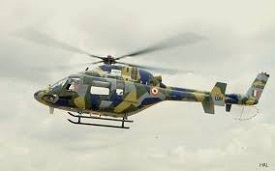 Hindustan Aeronautics Limited (HAL) conducted a technical flight of indigenous Light Utility Helicopter (LUH) in Bengaluru. The LUH will replace the military’s obsolescent fleet of Chetak and Cheetah helicopters that have flown for over three decades.

The LUH has a maximum All-Up-Weight (AUW) of 3150 Kgs, fitted with Safran HE Ardiden-1U engine of 750 KW power, with a range of 350 KM, service ceiling 6.5 KM, seating capacity of six passengers plus two pilots. The helicopter is designed to carry out various utility roles such as reconnaissance, transport, cargo load and rescue operations. 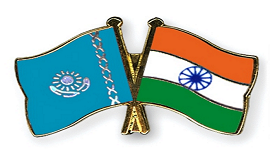 Troops of Indian & Kazakhstan Army are presently engaging in a joint exercise ‘PRABAL DOSTY K–16’. A pioneering endeavor with the Kazakhstan Army, the exercise is being conducted in Karaganda region of Kazakhstan and will conclude on 17 Sep 2016. ‘Prabal Dosty’ meaning ‘Robust Friendship’ will be a significant step towards fostering military as well as diplomatic ties between both countries.

The primary aim of the fourteen-day exercise will be to enhance interoperability while undertaking Counter Terrorism & Counter Insurgency Operations in rural & semi-urban environment under the umbrella of United Nations. 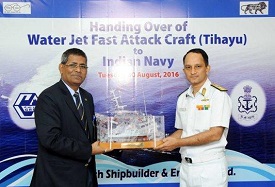 The Water Jet Fast Attack Craft (WJFAC), “TIHAYU” built by Garden Reach Ship builders and Engineers Limited (GRSE), Kolkata was handed over to the Indian Navy. GRSE had earlier built and delivered ten (10) WJFACs to the Indian Navy during 2009 to 2011. 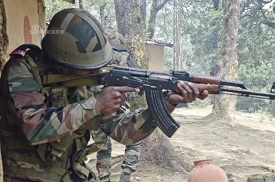 A joint Indo-US military training exercise, ‘Yudh Abhyas 2016’ is set to be conducted in Uttarakhand from September 14 to 27 as part of the ongoing Indo-US defence cooperation. The exercise will be conducted in Chaubattia.

It is the 12th edition of the joint military exercise hosted alternately by the two countries. The exercise is aimed at simulating a scenario where both nations were working together to counter insurgency and terrorism in mountainous terrain under UN charter. 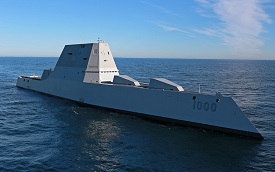 US Navy on Friday demonstrated the interiors of Zumwalt destroyer, reportedly the most expensive warship ever built for the navy at over $4.4 billion.

The 186-metre-long ship is equipped with stealth features and a gun system that can launch 600 rocket-powered projectiles at targets more than 110 kilometres away. It has an almost nonexistent radar signature due to its innovative angular design. It is named after World War II hero Admiral Elmo Zumwalt. In a demonstration of India’s commitment to its ties with Kenya and to promote maritime security in the Indian Ocean Region, Indian Naval Ships Kolkata and Aditya have arrived at Mombasa on a three-day visit. The ships are part of the Indian Navy’s Western Fleet based at Mumbai under the Western Naval Command.

The current visit is aimed at interacting with the Kenyan Defence Forces on professional issues, aimed at enhancing co-operation and sharing nuances of naval operations including combating threats of maritime terrorism and piracy. 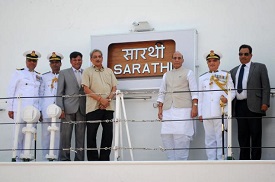 The ship has been designed and built indigenously by Goa Shipyard Ltd (GSL) and is fitted with most advanced state-of-the-art navigation and communication equipment, sensors and machineries. The ship draws 2500 tons (GRT) propelled by two 9100 KW diesel engines to attain a maximum speed of 26 knots and have an endurance of 6500 NM at economical speed. 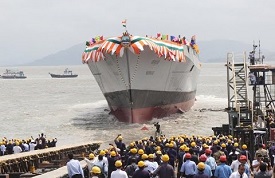 The Indian Navy launched country's latest destroyer, the Mormugao, at Mumbai's Mazagon Docks. It is the second ship of Project − 15B, indigenously designed and highly successful guided Missile Destroyers. Project 15B destroyer is designed to operate 4,000 nautical miles at sea.

The vessel with a displacement of 7,300 tonne belongs to Visakhapatnam class of ships being constructed under Project 15B. The advance vessel spans 163 metres in length and is powered by 4 Ukrainian gas turbine engines to achieve speeds in excess of 30 knots, approximately 56 km per hour. 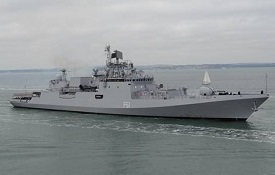 Indian Naval Ship Trikand arrived at Maputo, Mozambique on a three days’ visit. The ship is part of the Indian Navy’s Western Fleet based at Mumbai and is on a two-month deployment to the Western Indian Ocean, along with Indian Naval ships Kolkata and Aditya.

The visit is aimed at enhancing bilateral ties, strengthening the existing bonds of friendship and reinforcing cooperation in maritime security between India and Mozambique. 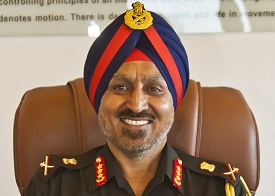 Lt. Gen Surinder Singh took over as General Officer Commanding-in-Chief, Western Command. The post of the GOC-in-C, Western Command, had been vacant since July 31 after Lt Gen KJ Singh retired.

Lt Gen Surinder Singh was commissioned in 1979 into the Second Battalion, The Brigade of the Guards, an elite Infantry regiment. He is a graduate of the British Army Command Staff College, Army War College and the National Defence College. 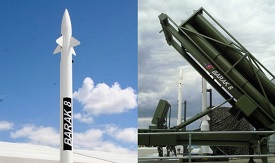 India successfully test-fired two long range surface-to-air missiles (LRSAM) - 'Barak-8', from a defence base in the Integrated Test Range (ITR) off Odisha coast at Chandipur. The missile is developed jointly with Israel.

The Long-Range Surface-to-Air Missile (LRSAM) has the ability to hit targets within radii of 70 km to 90 km. It is designed to defend against any airborne threat, apart from aircraft and helicopters, and can also intercept supersonic aircraft and missiles. The government has cleared the much anticipated deal with France for 36 Rafale fighter jets which will cost 7.878 billion Euros. The two countries signed the final deal in the presence of French Defence Minister Jean Yves Le Drian.

The contract for the deal was already cleared by the Cabinet Committee on Security earlier. purchase of Rafale jets would bolster the country's military image in the region and help modernize Indian military's ageing fleet of combat aircrafts. 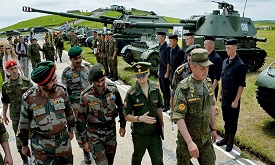 The eighth edition of India-Russia Joint Military Exercise ‘INDRA-2016’ has begun in the Ussiriysk District in Vladivostok, Russia. Main focus of this edition of the joint exercise is on ‘Counter-Terrorism Operations in semi mountainous and jungle terrain under United Nations Mandate’.

250 soldiers of the KUMAON Regiment are representing the Indian Contingent and the Russian army is being represented by 250 soldiers from the 59th Motorized Infantry Brigade. Indra series of bilateral exercises is one of the major bilateral defence cooperation initiatives between India and Russia since 2003. 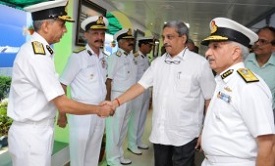 Defence Minister Shri Manohar Parrikar inaugurated the 35th Coast Guard Commanders Conference at the Coast Guard Headquarters in New Delhi. The Defence Minister appreciated the efforts of the ICG in augmenting Maritime and Coastal security not only by deployment of assets, but also by efficient exploitation of Coastal Security Network Phase I.

Due to the current security scenario, he exhorted ICG to further bolster Coastal Security mechanism by increasing patrolling, so as to avoid infiltration by anti-national elements through Sea. India has carried out surgical strikes along the LoC to safeguard our nation and targeted terrorists launch pads, resulting in severe casualties to terrorists and those trying to shield them.

Terrorists positioned themselves at the launch pads so as to carry out infiltration and conduct terrorist strikes inside Jammu and Kashmir, but they did not succeed as the Indian Army conducted surgical strikes to pre-empt infiltration by terrorists. Indian army’s intention was to ensure the safety of citizens.