Government of Kerala has launched first of its kind Air Ambulance to be used exclusively for the speedy organ transplant. An MoU was also signed at the function between Rajiv Gandhi Academy for Aviation Technology and Kerala Network for Organ Sharing (KNOS), Mritasanjeevani, for operating the air ambulance.

An amount of Rs 5 crore had been earmarked towards this project. 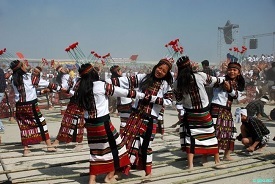 Chapchar Kut, the most important traditional festival of the Mizos was celebrated across Mizoram and as well as in the Mizo-inhabited areas in the neighboring states. It is a spring festival celebrated every year in month of March.

The people dressed themselves in traditional attire, exuberant dancers danced to the tune of typical music and songs. In Aizawl, state home minister R Lalzirliana was the 'Kut pa' or father of the festival, while state Art and Culture Minister R Romawia was the 'Kut thlengtu' or host of the festival. 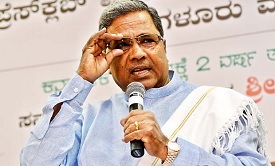 The scheme was named after Harish Nanjappa who had donated his eyes moments before his death due to mishap in February 2016. The scheme also provides Rs 25,000/- to the accident victims. 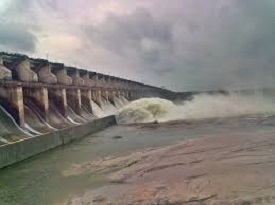 The Chief Ministers of Telangana and Maharashtra K. Chandrasekhar Rao and Devendra Fadnavis, signed a memorandum of understanding (MoU) at Mumbai on setting up an inter-state water board on Godavari projects.

The agreement will pave the pay for the two States on the construction of Medigadda barrage, 20 km downstream of Kaleshwaram in Warangal District. The barrage would allow irrigation of 16.4 lakh acres in Telangana and over 50,000 acres in some tribal areas of Maharashtra with the help of four small lift irrigation schemes. 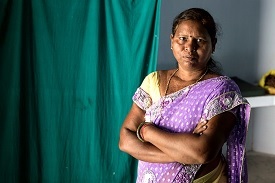 Career Guidance Counselling Centers, a first of its kind for women, were launched in Delhi-NCR on the findings of a UNDP commissioned study which revealed that almost 80 percent of young women in Delhi did not have access to accurate and timely information on educational and job opportunities. These centers will provide will provide dedicated career services to young women seeking employment in the region.

The career counselling centers are set up as part of a collaboration between UNDP, the IKEA Foundation, Xyntéo, and the India Development Foundation. 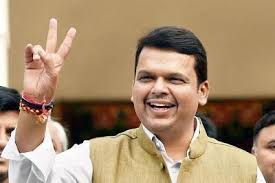 Maharashtra Cabinet approved the Maharashtra Prohibition of Social Boycott Bill, 2016. The bill provides for the prohibition of social boycott of a person or group of persons including their family members by an individual or a group like Caste Panchayat.

Once the bill is approved by the State legislature, Maharashtra will become the first State in the country to enact a law against social boycott. 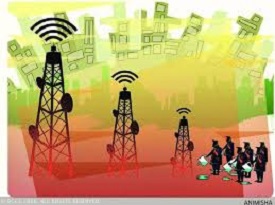 The Government of India, and the State of Jammu & Kashmir signed a Memorandum of Understanding (MOU) under the Scheme UDAY – “Ujwal DISCOM Assurance Yojana” for operational and financial turnaround of the State’s Power Distribution Department. An overall net benefit of approximately Rs.9800 crores would accrue to the State by opting to participate in UDAY.

Under UDAY, nine states (including J&K) have signed MoU till date with the combined DISCOM debt around Rs.1.94 lac crore, to be restructured which is approximately 45% of the total outstanding DISCOM debt of Rs.4.3 lac crore as on 30thSeptember, 2015. 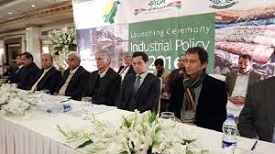 Jammu & Kashmir State Administrative Council (JKSAC) approved the Industrial Policy-2016 for the next ten years with an aim to attract over 2000 crore rupees’ investment per annum.

The policy targets to create annually 15000 direct and indirect employment opportunities. It targets creation of land bank of 2500 acres across the state. Setting up of an asset reconstruction company in partnership with J&K Bank was envisaged. 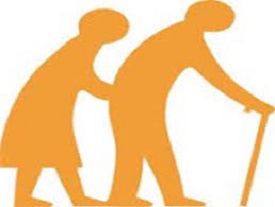 The Uttar Pradesh Government approved a policy for senior citizens. Under the policy the state government will set up old age homes where 25 per cent seats will be reserved for the BPL category people and also announced increase in monthly pension by 100 rupees, that is, monthly pension will increase from existing 300 rupees to 400 rupees.

The policy will come into effect from 1 April 2016 and the nodal agency for this new policy is social welfare department. 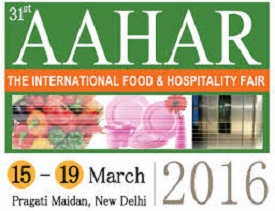 The largest fair on Food and Hospitality Sector in India, AAHAR 2016 has kicked off at Pragati Maidan, New Delhi. It is the 31st edition in this series of the fair and is organized by India Trade Promotion Organization (ITPO) under aegis of Ministry of Commerce and Industry.

News 11 − Feni is now Heritage Spirit of Goa and not country liquor. 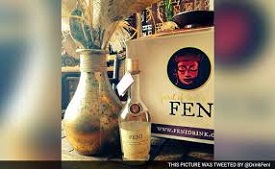 “Feni”, a form of spirit produced exclusively in the state of Goa was classified as Heritage Spirit of Goa by the Goa government. According to Chief Minister Laxmikant Parsekar, "Feni has achieved first geographical indication (GI) in Goa and is also the first liquor product in the country to obtain that status.”

Feni is made from coconut or cashew and is synonymous with the Goan ethos and identity. It used in various cultural traditions, cuisines and is well known for its medicinal value also.

News 12 − Desmi Technology of Denmark to set up Pumps Manufacturing Unit near Hyderabad. 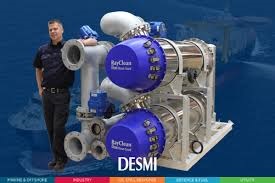 Danish firm, Desmi Technology, a leading international manufacturer of pumps and pump solutions, has expressed its interest to set up a plant on the outskirts of Hyderabad under the Make in India program. A high-level delegation headed by Chief Executive Officer Henrik Knudsen of Desmi Technology and Lars Boldt Rasmussen met Telangana Industries Minister Jupally Krishna Rao.

Desmi is a leading international manufacturer of pumps and pump solutions. This product is very well known globally and in Indian market especially in Marine I.e. Shipyards for private ships, Indian Navy and Coast Guard vessels.

The Government of Andhra Pradesh signed an MOU with Cisco to design and implement the AP FiberNet project. Under the project, Internet connections would be provided at Rs. 149 per month to households and 100Mbps connection for offices at Rs. 999 per month in districts of Visakhapatnam, Srikakulam and Vizianagaram by April. It will cover the rest of the state by end of July this year.

According to Executive chairman of Cisco John T Chambers, Cisco will set up an Internet of Everything (IoE) Innovation Centre in Visakhapatnam. It will help to foster regional innovation and will enable partners and startups to build solutions around IoE and engage in rapid prototyping. 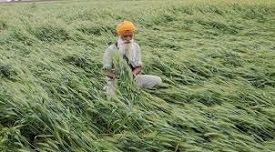 Punjab Assembly passed The Punjab Settlement of Agricultural Indebtedness Bill, 2016. The bill stipulates that the interest payable on debt shall be calculated at such rate as may be notified by the government which would be in consonance with the interest rates charged by banks on yearly basis.

The Bill also stipulates that if the total repayment is equal to double the principal amount, the pledged property of the debtor shall stand released and debt deemed to be discharged.

News 15 − Himachal Pradesh and Mumbai to have eco-friendly electric buses. 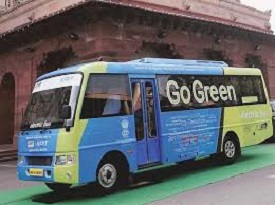 The department of heavy industry has granted in-principle approval to Himachal Road Transport Corporation (HRTC) and Mumbai Metropolitan Region Development Authority (MMRDA) to introduce zero-emission retrofitted electric buses. The buses are introduced under its flagship scheme FAME India (faster adoption and manufacturing of hybrid & electric vehicles in India) which will fund up to 75 per cent cost of the buses.

HRTC and MMRDA will roll out 25 electric buses each. Himachal Pradesh would be the first state in India to introduce zero-emission electric buses. 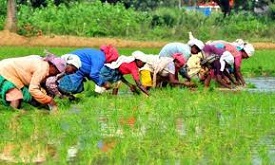 The Mizoram government signed an agreement with the Japanese International Cooperative Agency (JICA) on Capacity Enhancement for Sustainable Agriculture and Irrigation Development.

Training programs would be conducted in Japan both for officials and farmers from Mizoram and the expenses would be borne by the Japanese government. 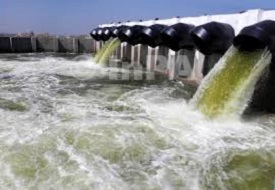 Andhra Pradesh became the first Indian state to implement lift irrigation. Andhra Pradesh government is all set to inaugurate Pattiseema Lift Irrigation project. It is the first river linking project in the country connecting Godavari with Krishna. It has been completed in a record 1-year time.

The Rs 1,300-crore project, designed to lift 80 tmc (trillion metric cubic feet) of flood water in a span of 110 days during the flooding season between July and October from Godavari, was awarded to Hyderabad-based Megha Engineering and Infrastructure Limited (MEIL). 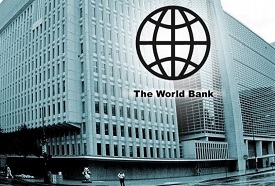 The objective of the development policy loan (DPL) is to support the government of Rajasthan in improving the performance of its electricity distribution sector under the State’s 24x7 “Power for All program”. 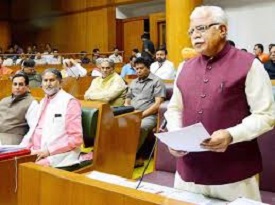 It has proposed 6 per cent reservation for Jats and the four other castes in Class-I and Class-II jobs.

Jat organizations have been demanding 10 per cent quota in jobs and educational institutions under the OBC category. 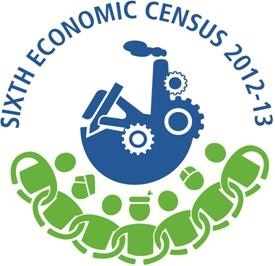 The Government of Himachal Pradesh released the Sixth Economic Census. The state became the first state in the country to complete this process of economic census.

Highlights of the Census − 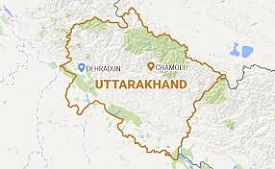 President Rule was imposed in Uttarakhand after President signed the proclamation under Article 356 of the Constitution dismissing the Congress government headed by Harish Rawat. The Union Cabinet recommended president rule in the state citing a constitutional breakdown.

The major reasons behind the imposition of President’s Rule have been the involvement of Horse-Trading and a rebel section of Congress MLA’s led by Vijay Bahuguna.

News 22 − ITBP Modern Weapon Training Centre to be set up in MP. 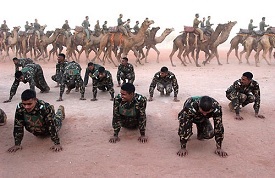 The newly recruited constables of ITBP will be given training at the center for operating all kinds of small and big weapons.